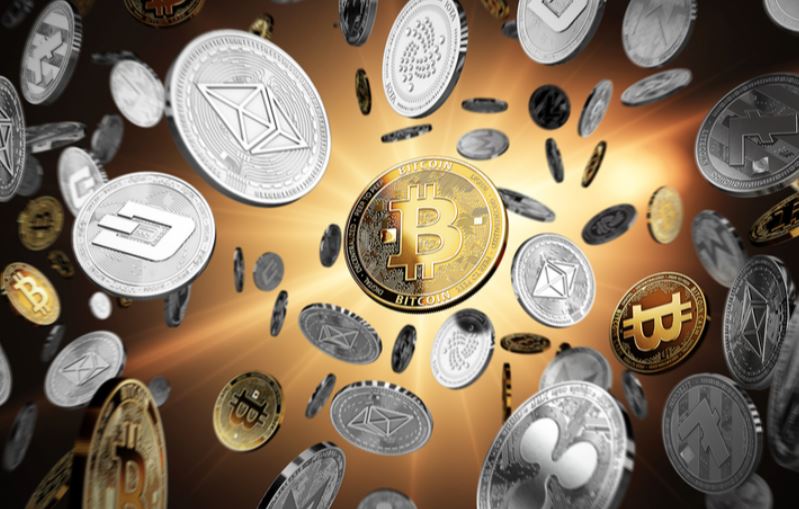 Cryptocurrencies are digital assets created using cryptography. They are decentralized, that is, their creation and circulation are not influenced by governments, banks, or any other regulatory bodies. Traditional fiat currencies are completely controlled by centralized authorities and therefore they themselves have become a convenient tool for manipulation.

In addition to Bitcoin, there are many other cryptocurrencies of different types: altcoins, tokens, stablecoins.

The value and uniqueness of cryptocurrencies is provided by blockchain technology. It is a method of storing all transactions in a ledger associated with each cryptocurrency. From a digital point of view, a blockchain is a chain of software blocks.

Each separate block lists transaction details such as date, time, amount, public addresses of storage facilities. The entire block sequence forms a chain that functions as an encrypted downloadable database.

The blockchain structures the ledger of the cryptocurrency. It is encrypted and not accessible to hackers. The use of cryptographic methods also virtually eliminates the possibility of coin counterfeiting.

All digital currencies are high-risk assets. This is a fundamentally new trading instrument at the stage of market formation. It is the novelty of cryptocurrencies that makes it extremely difficult to predict their value. For example, Omisego price prediction can be justified in a matter of weeks, or vice versa, the expected price values will be reached much later. It’s not for nothing that the cryptocurrency market is sometimes called the digital Wild West.

Cryptocurrencies are an excellent trading tool for traders who prefer to work with high-risk trading instruments with potentially high profits.

The factors and situations affecting the pricing of cryptocurrencies are quite different from those affecting fiat currencies. Therefore, the cryptocurrency market has a number of specific features that have no analogues in traditional markets. These include:

Synchronous volatility. The digital asset market is highly volatile. During its existence, there have been several rapid ups and downs. At the same time, several coins are simultaneously involved in sudden price movements in any direction, thereby provoking a chain reaction of almost the entire market.

Influence of the media. Digital assets, or rather their owners, are very sensitive to news. As soon as the name of the coin hits the headlines, the market starts moving. Against the background of the news feed, the growth in value is accelerating. Early traders start taking profits, actively changing Luna to Matic and other cryptocurrency pairs. The growing volume of sales provokes panic among the late market participants, respectively, the price drops just as quickly.

Regulation perspective. Digital currencies are decentralized and this is one of the main reasons for their attractiveness. As soon as effective mechanisms of market regulation are developed, a bearish trend will be established on it.

Features of coins. Some coins are sensitive to very specific factors. Changes in value can be influenced by statements from influential businessmen, real support from the financial sector, or rumors about the security problems of a particular coin.