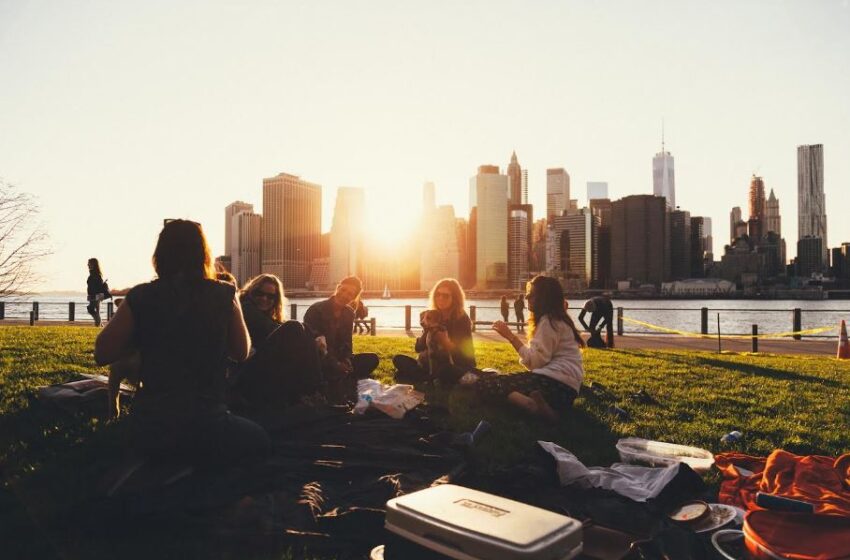 One of the most well-known cities on the planet has to be New York. This bustling city often described as the “Big Apple,” has long enchanted visitors from throughout the world with its upscale stores, lavish Broadway productions, and high-flying corporate tycoons. Due to its distinctive opportunities, it is also one of the American cities with the quickest growth. New York City currently has a population of well more than eight million, according to the latest statistics. Although the city’s rapid expansion may suggest that relocating there is a desirable option, there are advantages and disadvantages to doing so.

New York City is also home to a diverse population as well as people from many other countries and religions. You can increase your cultural awareness and are more likely to find people who are similar to you in terms of culture, language, and background. New York City is also renowned as the city that never sleeps. When you live there, there will be plenty to do and different ideas to explore. There are numerous ways to pass the time, including going to parties, clubs, concerts, restaurants, theaters, etc.

It’s undeniably a city where you can work hard and have a good time at the same time. The benefits of relocating to New York City are numerous. Although you may already be aware of some of the benefits of living in New York City, you might be surprised by a few more.

Below are the few perks of living in New York City:

Having a pet is not just a trend; it is necessary. Beyond having compassion for them, animals enrich our lives. Having a pet is universally accepted now, and this includes New York City. New York City was even recognized as one of the most dog-friendliest cities in America because of its abundance of dog parks, walkability, and dog-friendly pubs and restaurants. Children love animals the most. The nicest advantage of having pets is that they teach individuals to be obedient and affectionate toward others, which is really helpful for parents.

In order to properly care for your pet and ensure that they are healthy, it is best to bring them to one of the best vets in NYC. This will help you and your pet and provide them with the best possible life that you can provide for them as a pet owner. It is crucial that you continue to take your pet to the vet on a regular basis. The well-being of your furry friend depends on you!

One advantage of the food scene in NYC is that you don’t have to venture very far to obtain food because either the restaurant is nearby or they offer deliveries. New York City restaurants consistently serve wonderful food of the highest caliber. Due to its diversity, NYC’s cuisine is also excellent since food lovers can sample a variety of dishes from many cultures at these restaurants. Each one makes a concerted effort to meet the needs of its patrons with various palates and inventive cooking. Their secret to their food is simply taking extra care when preparing it to ensure that it is made precisely and handled with hygiene, such as by using fresh ingredients.

The topic of safety in NYC is a popular one. It is crucial to be aware of the risks that are present in your surroundings because doing so can help you avoid major problems in the future. Living in a place with fewer hazards means you experience fewer accidents, which means lower occupational health expenditures, fewer problems, and a healthier, happier you.
Given the size and energy of the city, it is easy to believe that New York is not safe. However, NYC takes steps to protect its residents. There are a fair number of criminal organizations in New York City. The state police, though, do a great job of controlling the situation because their emergency services act urgently in dire situations, preventing further chaos and maintaining peace.

There are several career options in New York that span multiple industries. The best part is that opportunities exist for you whether or not you have a degree because each of these businesses has a certain area of expertise and services it offers to employers.

If you already have a formal education, New York City offers the best chances of finding a well-paying job, and even if you don’t, the city’s growing population means there is plenty of work for operators, maintenance workers, technicians, and many other occupations, so if you have a skill, there is a job for you in NYC.

No other city’s skyline is as recognizable or stunning as that of New York City. These famous landmarks in NYC serve as cognitive markers, labels, or points of reference for interaction, navigation, and tourism. They can be seen in our illustrations, descriptions of meeting places or routes, or as the notable elements of a setting in travel guides.

The wonderful, iconic landmarks in New York City that you have undoubtedly seen in one of your favorite films are what make the city renowned. Other nations may have more identifiable landmarks, but New York is home to some of the most bizarre structures on the entire globe. Therefore, these structures are absolutely iconic and contribute to the global recognition of not only New York but the entire United States.

In conclusion, living in NYC is an excellent choice because there are many benefits to doing so. Living here could seem daunting if you’re from a smaller city, but it will undoubtedly also feel thrilling. Even if it’s not often simple, living in New York City may be exciting. Overall, it’s excellent if you know what city you really want because knowing it helps you create a vision to work toward and promotes positive thinking as you go. So you should carefully consider your options on where you want to live in order to enjoy life and be content with your decisions.