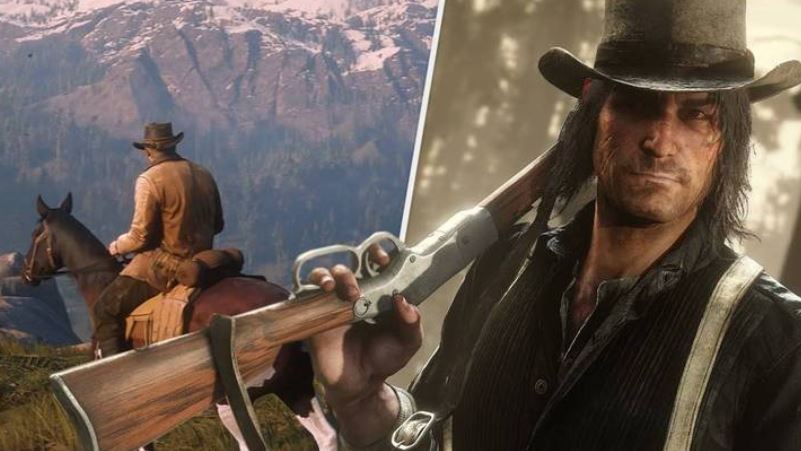 If Rockstar decided to make the story of John Marston and Arthur Morgan into a trilogy, then RDR 3 could not be a sequel to the first two games in the series. There is very little opportunity between the stories of Red Dead Redemption 2 and RDR to accommodate a tale as huge as Rockstar is known to tell, since the Wild West epic takes place over the course of a total of 15 years (this includes the epilogues).

In the same way, Red Dead Redemption 3 would not be possible to continue the story of the first game since, by the time Jack Marston avenges his father and the credits roll, the Wild West as a whole is on the verge of collapse, if it hasn’t already collapsed entirely.

Red Dead is more historically oriented, while Rockstar’s games have a tendency to highlight exaggerated portrayals of the United States. However, both games place a major emphasis on the Old West itself. When Red Dead Redemption 2 opens in 1899, the collapse of Dutch van der Linde’s gang is mirrored by the closure of the border in the early twentieth century, due to the growing industrialisation of the Wild West. This makes a prequel the best option for Red Dead Redemption 3, which would be the third installment in the series. There is very little wiggle space left in the schedule to accommodate a sequel to Red Dead Redemption 2.

Do not forget that while waiting for the release of the third part of RDR, you can always find the rdr2 account for sale on the Gamesrift website.

During the years that pass between the beginning of RDR2 in 1899 and its conclusion in 1907, John focuses on making an effort to give his family a fresh start. After the events of Red Dead Redemption 2, Dutch is mostly hiding out. He has been successful in evading the Pinkerton Detective Agency and, later, the Bureau of Investigation for such an extended period of time that John is pressured into tracking him down in 1911 along with the other surviving members of the Van der Linde Gang. Because the gang serves as the primary driving force behind the events of the Red Dead Redemption games, its breakup at the conclusion of RDR2 and the subsequent death of its most notable members would cause any following installment to seem disjointed if it took place after that point.

The conclusion of the Wild West makes a sequel to Red Dead Redemption 2 very unlikely.

Strong anti-Western overtones are present throughout the Red Dead Redemption series, which positions it as a representation of the demise of the Old West recounted in the opposite direction. In the first game, John is coerced into assisting the BOI in their hunt for the notorious Van der Linde Gang.

This is a significant part of the promise made by a West Elizabeth governor candidate to tame the lawless frontier and usher in a more civilized and technologically advanced period. During the last year of John’s life, automobiles are still uncommon in West Elizabeth; however, in real life, the year 1914 (the same year as RDR’s epilogue) would see the beginning of the National Park to Park Highway, a project to make inaccessible National Parks accessible to those who are able to travel by car. This would take place in the same year that RDR’s epilogue takes place.

In Red Dead Redemption 2, the pacification of the Wild West is already well underway, as indicated by the Pinkerton Detective Agency’s interest in thwarting the Van der Linde Gang. This desire is shown by the fact that Pinkerton is interested in stopping the Van der Linde Gang. Even in 1899, Dutch is aware that a life of crime is becoming more irrelevant, and as a result, he makes a concerted effort to flee the nation in search of an “unspoiled paradise” such as Tahiti or Australia.

There is no place for a successful sequel to Red Dead Redemption 2 since Rockstar has already shown the simultaneous demise of the Van der Linde Gang and the Old West from 1899 to 1914. Perhaps after the events of Red Dead Redemption 2, the remaining members of the Van der Linde Gang have all relocated further west or even out of the United States completely.

This is because criminals like to dwell on the far edge of civilization. There is still a good chance that Red Dead Redemption 3 will be released, but there is very little opportunity for it to be anything other than another prequel at this point.

Head over to the Gamesrift website and discover a catalog of different game accounts.