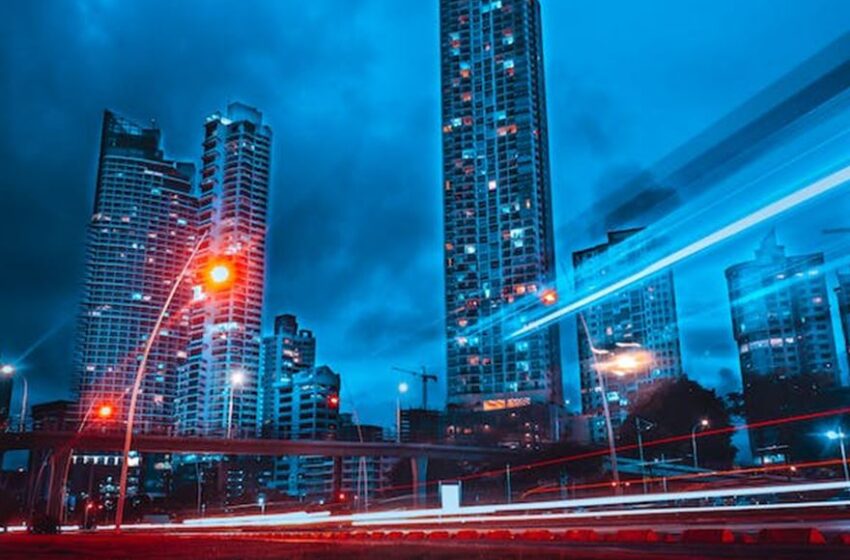 The concept of a “Smart City” has been heard by many lately, but not everyone understands what it is and how it works. This does not mean that the metropolis lives as an independent organism, some of its components are made “smart”.

This concept was invented for a reason, to improve life in large cities. The population in countries, especially megacities, is growing rapidly from year to year. And where there is a large crowd of people, there are problems and inconveniences.

“Smart City” can solve the problem of traffic jams, street lighting, crime, and garbage collection, prevent a major fire, save a person who suddenly became ill at home or in a public place, and much more. How all this works and what are the prospects for “smart” technologies, we have described in detail below.

What is a “Smart City”

“Smart City” is an effective integration of physical, digital, and human systems in an artificially created environment, the purpose of which is to ensure a sustainable, prosperous and comprehensive future for citizens.

Thanks to information and communication technologies, city authorities can monitor the development of the urban environment, identify the most effective tools for improving the quality of life, and interact directly with communities and urban infrastructure.

The collection, processing, and analysis of data received from residents of the city are carried out through the use of sensors operating in real time.

Elements of a “Smart City”

A single database is used to collect and transmit information to the necessary authorities and services. So, a call to a universal number will allow the rescue service to receive information about the location of the victim. Data on a shootout in a public place will be sent to the police along with images from surveillance cameras of the “smart” city.

All the information that residents need is accumulated in one application. It allows residents of a digital “smart” city to call a taxi, and pay utility bills. You will be able to monitor public transport using an app with a comfortable transportation app UI/UX design and be aware of the current situation on the roads.

Over time, drones capable of recognizing road markings will replace conventional mechanical vehicles. The smart city program will unite self-driving cars into a single network, which will allow taking into account their mutual location when planning a route.

Such a solution will increase road safety since unmanned vehicles will receive data on the traffic situation, traffic jams, accidents, and free parking spaces in advance.

According to research conducted by the American Society for Intelligent Transportation, the reason for the formation of about 30% of traffic jams is the inability of car owners to quickly find a parking space.

Thanks to the implementation of the “Smart City” concept, this problem can be solved.

An important task of the smart city system is to take care of the environment, therefore, alternative ways of generating electricity are envisaged in the projects. One of the compact solutions is solar panels.

Openness is one of the principles of the development of a “Smart City”. It consists of readiness for the exchange of experience and information between citizens and the authorities.

The question arises, why don’t all cities become “smart” if the technologies used in them make life easier?

Firstly, there is no unified system to collect and analyze information. A large amount of information remains unclaimed because there is no understanding of how to synchronize and use them while working with the same system.

Secondly, there is no necessary capacity. The introduction and development of “smart cities” require huge energy and financial costs, modern equipment, and powerful servers for storing huge amounts of information.

But scientists agree that over time, Smart Cities will become a familiar and common phenomenon. Progress does not stand still, which means that sooner or later the population of the Earth will live in the cities of the future.