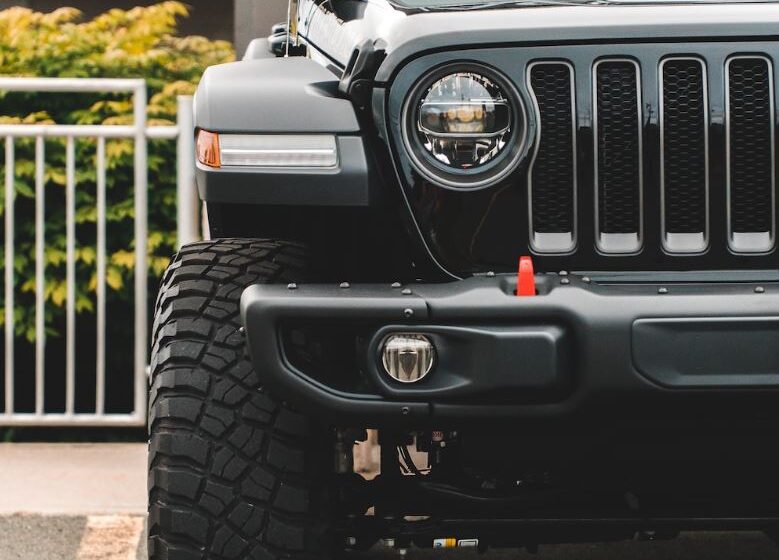 For the longest time, there weren’t many alternatives to the Jeep Wrangler. Sure, there was the G-Wagen, but it was much more expensive, and the 4Runner lacked the style and ultimate off-road capabilities — but that’s pretty much it. Even so, the lack of competition didn’t make Jeep lazy regarding innovation and design. And, now, after the release of a strong competitor, the Ford Bronco, that’s simply not even an option anymore.

Indeed, the reborn American icon seems to be a solid rival; the Bronco not only comes with an attractive retro design but also promises better off-road and on-road capabilities than the Wrangler. And a quick look at a Ford Bronco manual shows that the company has put a lot of thought into the model, with many features not present in its competitors. Ford even launched two variants — the Bronco Sport is a smaller, crossover-like off-roader, while the larger Bronco is the real, truck-like deal.

Nonetheless, the Wrangler still brings a panache that the Bronco simply doesn’t. It’s also proven in the field, with multiple generations and countless models still visiting faraway places without any issue. And that’s not only important for the image — Jeep used all those generations to develop an even better product, resulting in the exceptional JL model.

Because of that, Ford made a smart decision not to specifically target hardcore Wrangler fans and instead tried to steal some of its daily driver customers. Does it work, though?

As for other trim levels, they start at less than 30,000$ and offer a couple of engine options to choose from, with the least powerful ones being available with a manual transmission. In the Bronco, that’s a 4-cylinder turbo pushing 300hp; in the Wrangler, you get a 3.6 V6 producing a slightly lower 280hp. The Wrangler, however, also offers a diesel engine, while the Bronco is yet to get one.

Another important point to keep in mind if you drive your Wrangler daily is that, unlike the Bronco, you can get it as a plug-in hybrid with a 22-mile electric range. And while it isn’t exactly impressive, it still means traveling to work for free (for most people).

However, the most popular trims are the Wrangler Rubicon and the Bronco Sasquatch. The four-door Rubicon starts at 46,000$, and a Sasquatch with similar specs starts at around 44,000$. However, it can be much lower if you sacrifice some optional equipment.

One last thing to consider when buying a Bronco is dealer markups. The Wrangler isn’t immune to them either, but since the Bronco created a lot of hype, dealers went crazy when it first came out, asking for 30,000$ and even 50,000$ over the MSRP. And even though things have settled down a bit since then, it’s still a good idea to take your time and make sure you find a reasonable deal.

If you are after an SUV that you can take to work every day, go on road trips with, and sometimes take off-road too, your best choice is the Bronco. The main reason is the independent front suspension, which is far from revolutionary but significantly improves road performance compared to the Wrangler’s solid axle. The Bronco is also more comfortable over bumps and drives better in the corners, though it’s still not really quiet either.

You can also get a massive 12-inch optional screen in the Ford, and while the design is down to personal preference, the Bronco, in general, looks a bit more modern. And it’s still a competent off-roader — I bet only a handful of people can reach its limits when the paved road runs out.

That’s especially true if you go with the Sasquatch package, which significantly improves over the base model with a lifted suspension, 35-inch tires, locking differentials, and different gear ratios. The only thing missing is the sway bar disconnect, but considering you get all the rest of the equipment only 39,000$ in total, the Wrangler is yet to beat the Bronco’s value for money.

Also, if off-roading is something you plan on doing, consider getting a digital Ford Bronco repair manual. It can help you if you run into problems in the woods, and since you can always have it with you on your smartphone or tablet, you just can’t go wrong with one.

Regarding off-road driving, the Wrangler was unbeaten for a long time. However, the new Bronco does challenge it on lighter off-road courses like desert paths and gravel. Still, the Wrangler remains king in mud, forests, obstacle courses, or rock crawling.

Indeed, those are conditions where the solid front and rear axles shine. They provide better wheel articulation and keep all wheels in contact with the ground on very challenging trails. Overall, the Wrangler takes a definite win in this category, though it’s closer than you think.

It also helps that the Wrangler receives one of the greatest aftermarket support of any vehicle, an essential factor for hardcore enthusiasts. Moreover, since the Bronco is brand-new, doing any mods yourself, at least without a Ford Bronco manual, is a bad idea, to say the least, since you can’t really turn to forums for advice either. Just in case, get yourself one at eManualOnline — better safe than sorry.

In the end, it’s important to consider that according to Mark Allen, head of design at Jeep, only 10 to 15 percent of Wrangler owners take them off-road. That’s a meager number considering it’s been the most purpose-built off-road vehicle on the market for decades. That can only lead us to conclude that the percentage of owners actually taking their Bronco off-road could be even lower.

So, with the Bronco’s significantly better ride quality and refinement on the road, it’s definitely an upgrade over the Wrangler, at least for nine out of ten owners. Furthermore, the Bronco is still a competent off-road vehicle, only marginally inferior to the Wrangler. However, if you don’t want any compromises, the Wrangler is still your best bet.