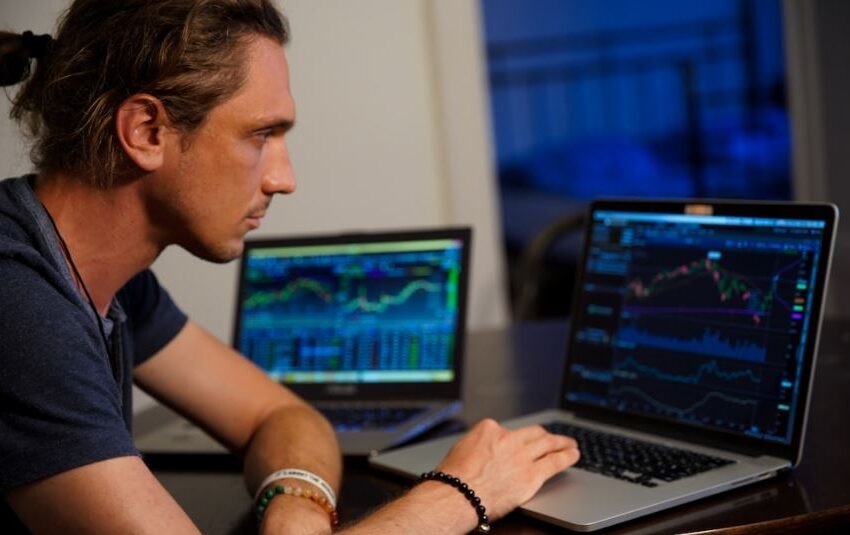 While the UK and Germany are already mired in a technical recession, the rest of the developed world is expected to follow suit shortly.

In the UK, this followed economic contractions in June and August, while the Bank of England (BoE) has predicted that the region will remain in the grip of a recession until the end of 2023.

This can be disruptive for forex traders, who will have to review and adjust their portfolio as the economy continues to contract.

However, there are viable currency pairs that you can trade during a recession, which should help you to minimise losses and potentially optimise returns until the economic climate improves.

What is a Recession?

While the term ‘recession’ is broadly used to describe any period of economic decline or depreciation, it officially describes two consecutive periods of negative growth within an economy.

In this respect, ‘recession’ is a technical term, and one that can be applied to describe the economic conditions in the UK after overt contractions through the second and third quarters of 2022.

Interestingly, the current recession is slightly unusual, as it’s inflationary in nature and characterised by a disproportionately high cost of living. Usually, high inflation is synonymous with growth and increased spending, but in this case, it has been precipitated by heightened government borrowing and the rising cost of gas.

This is especially problematic for forex traders, as high inflation decreases the purchasing power of national currencies (in relation to others) and causes its value to depreciate markedly over time.

What are the Best Currencies to Trade in a Recession?

In general terms, the currencies that are underpinned by strong and high performance economies are most likely to strengthen during a recession, especially in instances where interest rates have been hiked to help incentivise saving and quell consumer spending.

This is definitely the case in the UK, where the BoE has implemented several percentage point hikes since December 2021 and recently increased the rate to 3% and its highest threshold since the great recession.

This means that major currencies like the GBP and USD are most widely traded during a recession, while the Euro (which is the Eurozone currency used by most EU member states) also typically performs well as interest rates rise.

This suggests that major pairs remain your best option during a recession, especially high liquid and in-demand assets such as the EUR/USD. Of course, there are fluctuations in price points and the relative value of each currency, but the speculative nature of forex trading makes it possible to leverage these flexibly and to your advantage.

Recently, for example, the USD has depreciated slightly against many of its major rivals, with the EUR/USD peaking at 1.0594 at the beginning of this week and reaching its highest level since June 29th.

It has also been forecast that the pair will move beyond the 1.0615 mark in the near-term, creating a relatively impressive upside target.

Similarly, the pound and GBP/USD pairing has moved comfortably above 1.2250 as the risk-on mood has strengthened of late, particularly with the Federal Reserve expected to reduce the pace of interest rate rises in the coming weeks.

These trends create significant opportunities for trading, particularly if you intend to realise short-term gains and profit from the slight depreciation of the greenback.

The Last Word – What Other Currencies are Viable?

The USD/JPY is another popular currency asset during a recession, thanks largely to its high levels of liquidity and the relative economic strength that underpins both individual currencies.

The Japanese yen is also considered to be something of a safe haven asset for traders, thanks to its historically low domestic interest rates (which is currently fixed at just 0.10%) and its ability to rise during periods of market turmoil.

This principle is compromised slightly during an inflationary recession, but the USD/JPY tends to trade in relatively narrow circles and is easy to analyse from both a technical and fundamental perspective.

Certainly, the yen has recently been boosted against the dollar and other major currencies, as global recession fears outweigh widespread inflation woes.

Make no mistake; the yen will most likely appreciate more significantly as a global recession ensues, creating significant opportunities for traders who want to leverage the subsequent volatility through spread betting or CFDs.

This is definitely a key trend to watch as more countries enter a technical recession, but the good news is that there are multiple currencies and pairs that you can trade profitably in a contracting economy!