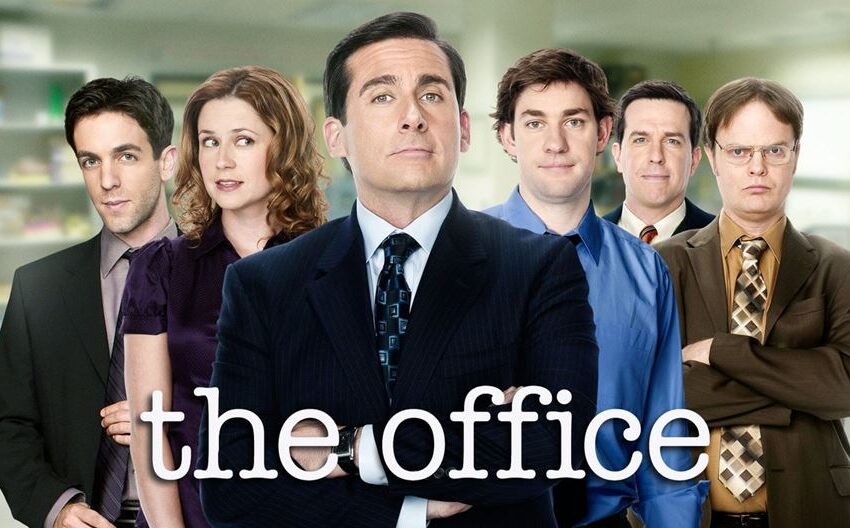 In 2005, a group of Americans set out to adapt Ricky Gervais and Stephen Merchant’s popular British comedy The Office for American viewers. They lived up to the hype and produced a hugely popular sitcom that premiered on March 24, 2005, lasted nine seasons, and is still being binge-watched today.

Here are a few facts you probably didn’t know about the workplace sitcom.

Contents hide
1 B.J. Novak Was the First Person Cast
2 The Cast Could Have Been Way Different
3 Phyllis Smith Got Cast by Casting People
4 They Initially Stayed Close to the British Version
5 They Owe Their Success to Apple
6 The Cast Picked the Opening Theme Song
7 The Office’s Address is an Homage to the British Show
8 The Computers on Set Worked
9 They Made the Show Brighter for Season Two
10 They Also Recreated the Office Space From Scratch
11 Jim’s Fake-Rain-Filled Proposal Was Expensive
12 Steve Carell Had His Number Retired
13 Several “Office” Stars Interned for Conan O’Brien

Greg Daniels, the program’s producer, was inspired by his stint on Saturday Night Live and wanted to recruit a writer-performer for the show. Mindy Kaling (Kelly) and Paul Lieberstein (Toby) were eventually added as writer-performers. Mose, Dwight’s cousin, was played by Michael Schur, who also created and produced the live program.

The Cast Could Have Been Way Different

When his sitcom, Come to Papa, was canceled, Bob Odenkirk was cast in the role of Michael Scott, but Steve Carell replaced him. Odenkirk played a Michael Scott-like manager trying to employ Pam in a late-season episode.

Before landing the role of Phyllis, Phyllis worked as a casting agent for the program. Director Ken Kwapis felt she should play the role as she read the screenplay with some auditioning actors.

They Initially Stayed Close to the British Version

The pilot was shot using a nearly identical screenplay to the British show’s pilot. Many people questioned this move, but NBC needed to purchase an adaptation. According to Daniels, the program truly blossomed into its personality in the second season.

They Owe Their Success to Apple

iTunes was one of the factors that contributed to the show’s survival. When NBC made the show available on the platform around the second season, it captured four of the top five spots for downloaded television series. The show’s creators discovered that their target audience was young rather than the white-collar employees they expected to see.

When it came to the show’s opening theme music, creator Greg Daniels gave the actors four options and had them vote on which one they preferred. The now-iconic song began as a demo by composer Jay Ferguson, then re-recorded by guitarist Bob Thiele Jr. and a band named The Scrantones, who appeared in the episode “The Booze Cruise.”

The Office’s Address is an Homage to the British Show

Dunder Mifflin’s Scranton location is situated at 1725 Slough Avenue. However, that references the original version of the program, which takes place in Slough, England, rather than a genuine street in Scranton, Pennsylvania.

The Computers on Set Worked

They even had the Internet, which gave the cast the impression that they were working in a genuine office.

They Made the Show Brighter for Season Two

After the first season, the producers shifted the show’s approach away from the British version to make Michael Scott more personable and the episodes more upbeat to raise ratings. According to Novak’s DVD commentary track for “The Dundies,” the opening episode of the second season, they also brightened the lighting in the office to assist complete the tone shift.

They Also Recreated the Office Space From Scratch

The first season of the program was shot in Culver City, California, but when they moved to a sound stage for the second season, the team had to recreate it and load it with supplies to create a precise reproduction. They did make Michael’s office a little bigger to accommodate cameras, and they were able to regulate the weather because they were on a soundstage.

Jim’s proposal to Pam was envisioned in detail by the authors. They planned to film it at an actual rest area along the Merritt Parkway, but it would have cost $100,000. Furthermore, they would not be permitted to utilize synthetic rain, which was crucial to the picture. As a result, the crew constructed a Parkway copy and a rest station. The total cost of the shoot was $250,000.

Steve Carell Had His Number Retired

When you’re starring in your program, it’s evident that getting your start with a comedic superstar as Conan O’Brien helps. Before becoming famous, Mindy Kaling (1999), John Krasinski (2000), and Ellie Kemper (2005) all worked as interns for the NBC late-night show.

“The Office” is widely regarded as one of the funniest office comedies ever produced. The program was based on the British version, but it quickly developed its own identity, resulting in an extensive fan base. The program concluded in 2013 and starred Steve Carell as Michael Scott, Rainn Wilson as Dwight Schrute, John Krasinski as Jim Halpert, and Jenna Fischer as Pam Beasly. There is an online website like Solutiontales.com available which gives an amazing game and quiz. By playing this quiz you can test yourself and your knowledge about “The Office” series. If you are a die-hard fan of The Office show and know everything about the show then you must play this Office Trivia Quiz. You can prove yourself that you are a true fan of this show by playing this quiz.