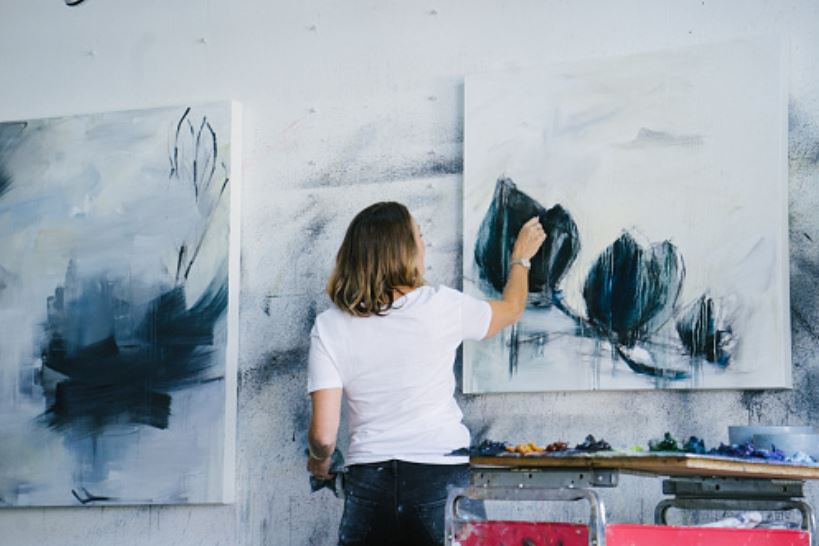 Women are an essential aspect of every society. In many parts of the world, women are the primary caretakers of children and elders. Historically, women have taken on more administrative, leadership, and political roles. However, it is essential to note that women’s most crucial role is taking the lead and caring for the family.

There are many paintings to depict different essential parts of other societies, not least women. Artists have emphasized the stunning beauty of the feminine form throughout history. The most beautiful women in the world were immortalized in the works of several of the greatest artists in history. Paintings that feature women in some way frequently rank among the best pieces of art ever, according to art historians and critics.

In this article, we will examine some famous paintings of women in nature. We will analyze what those paintings depict and how they show what women represent in the world.

A young woman’s image is depicted in the 1503 work known as the Mona Lisa, one of the most famous paintings of women, whose identity is still a mystery to this day. However, critics have debated numerous aspects of the well-known artwork since Da Vinci made it more than 500 years ago; it is regarded as the most discussed painting in human history.

Da Vinci is claimed to have known the woman in the Mona Lisa, and his goal in creating this iconic portrait of her was merely to showcase her natural beauty as she sits with her hands folded and a slightly bewildered look on her face.

Self-Portrait With Thorn Necklace and Hummingbird By Frida Kahlo

Frida Kahlo is one of the most well-known female painters and cultural icons in Mexico’s turbulent history. The artist is renowned for her distinctive depictions of various people, especially female figures, frequently with herself as the painting’s main subject.

One of Kahlo’s most well-known self-portraits from her lengthy career is her 1940 painting Self Portrait with Thorn Necklace and Hummingbird. In the artwork, she is depicted as wearing a white dress and having her body covered by thornbush branches that appear to cover her head and shoulders.

Kahlo looks back at the viewer in this picture with her customary melancholy and severe expression. However, she also included intriguing backdrop images, showing a black panther over one shoulder and a little monkey over the other.

One of the most well-known artists, Gustav Klimt, focused exclusively on the feminine figure in some way throughout the length of his career, working in a wide range of media. His creations became recognizable at the dawn of the twentieth century as European painters started to experiment with movements toward what is now regarded as abstract painting.

A well-known piece of his is called Portrait of Adele Bloch-Bauer I. This 1907 picture depicts a woman surrounded by golden tones in the background and her clothes.

The artwork was created in an era in Klimt’s career when most of his pieces had significant amounts of golden coloring and texture.

In 1875, Monet created one of his most famous works of art, titling it woman with a Parasol – Madame Monet and her Son. In this cheerful picture, Monet’s wife is seen wearing a flowing dress and clutching an umbrella to reduce the brightness of the midday sun.

Although Monet’s son Jean is seen standing in the distance and facing the spectator, his wife Camille’s gaze is the most alluring.

Artists created sculptures, paintings, literary works, and many other types of art during the Renaissance, when artists seemed to awaken diverse forms of creativity. These works of art are still regarded as some of the most memorable ever produced.

Raphael, an Italian Renaissance painter, was renowned for his extraordinary talent for capturing people and environments with extreme realism in every last detail.

La Donna Velata, a portrait from 1516, is regarded by many art experts and historians as his best work. The mistress of Raphael, depicted in the piece, is a brightly illuminated woman dressed in lovely, flowing clothing that seems to accentuate her natural beauty. Her expression is believed to be similar to that of the Mona Lisa since she appears to be entrancing the observer with her gaze.

One of the most well-known paintings of women ever created, this piece is also regarded as one of Raphael’s most significant works of art.

Many of these great painters had their names written in art folklore through these old paintings of women that they executed. These famous paintings of women in nature depict the essence of women and reveal different perspectives on how women are viewed and view themselves.