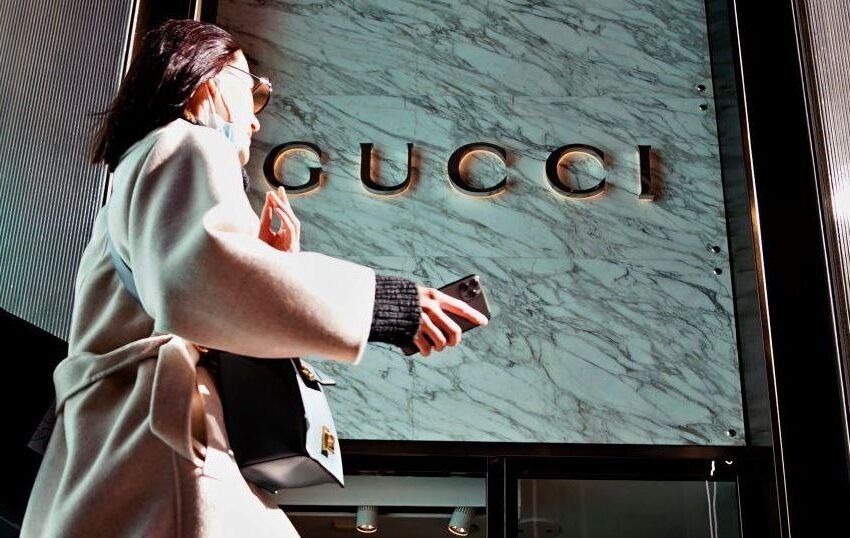 As cryptocurrency becomes increasingly mainstream, we’re seeing some of the world’s biggest brands looking for ways to hop on the bandwagon and integrate digital currency into their brand. Some have created NFTs, some have launched their own digital currency and others have decided to accept cryptocurrency as payment. With more people investing in cryptocurrency for the first time, a lot of people are wondering what to do with it once they have it, rather than investors who tend to hold onto it until they sell for a profit, and companies are stepping up to cater to this demand.

Contents hide
1 Big Name Brands Getting Involved
2 Industries Jumping on Board
3 Does This Lead the Way for Other Brands?

This month Gucci and Starbucks announced that they would be accepting cryptocurrency as a form of payment in the US, starting later this year. While they’re not exactly quick off the mark to accept digital currency as payment, both Gucci and Starbucks’ change in policy represents a big shift in the attitudes of large corporations. This could be a huge step forward for the retail industry, much like when PayPal casinos startpular in the gambling industry and this paved the way for PayPal to become one of the most popular ways to spend money online.

Gucci accepting cryptocurrency both in-store and online is hugely significant. Customers have been able to use cryptocurrency to pay for items by using third-party apps like PayPal for several months, but this is converted to flat currency when it’s transferred to the brand. Gucci is one of the first luxury fashion brands to change their payment methods, which represents a huge shift towards cryptocurrency becoming more widely used rather than a mysterious subculture that only a limited number of people understand. It shows that Gucci recognises that their wealthy clientele is diversifying their investment portfolio because they wouldn’t cater to a demand that isn’t there. The luxury retailer has also mentioned their interest in joining web 3.0 and using it to host virtual events. It’s likely that other luxury brands will watch to see what happens with Gucci before potentially also introducing cryptocurrency payment options.

Industries Jumping on Board

Starbucks isn’t the first fast-food company to begin accepting cryptocurrency. Currently, Pizza Hut and Burger King accept cryptocurrency payments in Venezuela only and KFC accepts cryptocurrency in Canada. What makes Starbucks’ change in policy so monumental is the sheer number of establishments that they have across the globe. Starbucks is starting with a trial of accepting digital currency in North America only, but this is still huge news given how many outlets they have in the USA. This signals that they’re confident in their decision, rather than starting in a smaller country that’s equally tech-forward but has fewer outlets, like the Netherlands.

The online casino industry is another industry where giving customers the option to pay via PayPal is proving popular. Platforms that offer international betting online are well versed in offering a range of currency options to help ensure that they cater to the needs of their customers – so for many, the introduction of Cryptocurrency onto these platforms is nothing surprising.

This all leads towards a time when Bitcoin and friends will be acceptable across a number of mainstream industries – it only takes a couple more big names like Gucci and Starbucks to jump on board and you’ll start to see a real shift. Consumers are often led by how confident they are, and the more places they see that using Cryptocurrency is a possibility the more confident they’ll be in giving it a go themselves – and that is what will help to drive Cryptocurrency acceptance to the majority.

Does This Lead the Way for Other Brands?

So, is this move to accepting cryptocurrency something that we’re likely to see across more industries? The short answer is yes, and it’s already happening.

The software industry was unsurprisingly one of the early adopters of cryptocurrency – Microsoft has been accepting payments on the Xbox One store for months, Wikipedia accepts donations in Bitcoin and PayPal launched its own crypto wallet. Moving into more everyday technology companies, American phone service provider AT&T started offering the ability to pay for customers to pay their phone bills in Bitcoin last year.

When you have household recognisable names adopting something like Cryptocurrency, it helps to cement it as a safe method of payment for people who have been unsure before. Not only that, but the fact that it has a practical use gives people more of a reason to look into how they can go about owning some. At the moment it might be mostly coffee, luxury handbags and online betting that you can spend your Cryptocurrency on but the chances are in the near future this will expand even further.

While it’s understandable that software and technology companies would take the plunge into a new technology sooner than other industries, cryptocurrency has made it to high street stores in some countries. In 2019 Whole Foods began accepting cryptocurrency as payment (kind of) in a deal with the Flexa platform which instantly converts crypto to fiat currency on transfer. British skincare retailer Lush was a very early adopter of cryptocurrency, accepting payment on their website through a partnership with Bitpay in 2017 before moving to accept cryptocurrency directly.

What’s most interesting is seeing which companies don’t accept cryptocurrency yet. Amazon, one of the world’s biggest retailers, has actively said that it will not be implementing this payment method anytime soon. Amazon CEO Andy Jassy said that he doesn’t personally own any cryptocurrency but did mention that it will become bigger in the long term, hinting that it’s perhaps not yet popular enough to justify the introduction on their platform.

Cryptocurrency is one of the most radical changes to the finance industry to happen in decades, and just as people were initially cautious about using a plastic card instead of cash, it will take more hesitant customers time to start adopting cryptocurrency. Having said that, the adoption of digital currencies by large corporations should help to convince anyone still unsure.