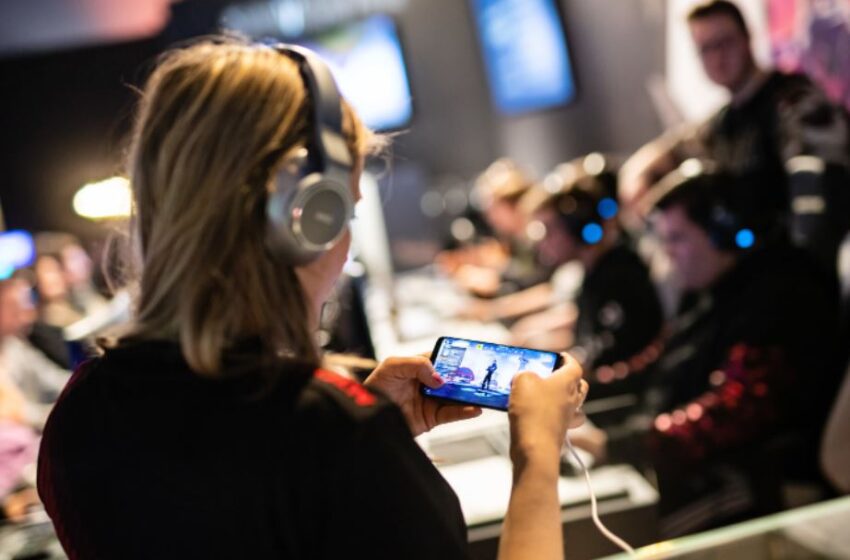 Mobile gaming has come a long way since the days of playing Snake on Nokia devices. Candy Crush was one of the first modern mobile games to explode onto the market and has been played by millions of people around the world. We now have a vast selection of mobile games to enjoy but is mobile gaming still on the rise?

As of February 2022, data showed there were 2.69 billion mobile game players across the planet. Taking the App Store as an example, in 2021, 66% of all apps installed from the App Store were games. This is a considerable number considering there are plenty of movies and other types of apps available to install.

If we look at the revenue generated from the mobile gaming industry in 2021, we are talking staggering numbers. The mobile gaming market generated $93.2 billion in 2021 and accounted for over half the total revenue for video gaming. With so much money to be made and a substantial number of people wanting to play mobile games, mobile gaming is still on the rise and is set to continue for many years to come.

Mobile gaming continues to be massively popular with people because it is so convenient. To play a video game using a console, you must be at home, have the console set up to a television screen or monitor, have controllers charged and time to set aside for sitting down and playing the game. Mobile gaming is a completely different experience, and you can pull your phone out of your pocket and play a mobile game wherever you are at the time. It does not matter if you have a 15-minute break at work or a three-hour train journey, you can pull out your mobile phone and start playing a game within seconds. We live in a world where convenience matters and for those who love playing video games, it does not get more convenient than using a mobile phone.

Public transport companies have noticed the importance of people using mobile phones when travelling to play games and listen to music. More buses and trains now have charging points and USB ports, meaning you do not have to worry about your mobile phone losing power when playing games on long journeys.

The leading mobile game developers continue to push the boundaries of what is possible when developing a mobile game. You can play a game of football against someone from the other side of the world or join forces with other people and enter the battlefield, it is all possible using a mobile phone. Playing casino games with a real dealer is a fantastic experience and is possible on a mobile device. https://mobileuscasinos.com/ is home to all the top mobile casino apps and you will find a wide range of the best casinos and games, including real dealer mobile games.

Game developers are producing more cross platform games, and this is another sign of the continued rise of mobile gaming. Cross platform games allow you to play a game with anyone, regardless of what device they are using to play the game. Among Us is a good example of a cross platform game where it is possible for the participants in the game to be playing using different devices and consoles, including mobile phones. That means, it does not matter if you are away from the computer or console, you can still participate in one of the world’s most popular gaming titles using your mobile phone. Rocket League, Minecraft, Hearthstone, Roblox, and Yu-Gi-Oh! Dual Links are all examples of cross platform games that can be played using a mobile device.