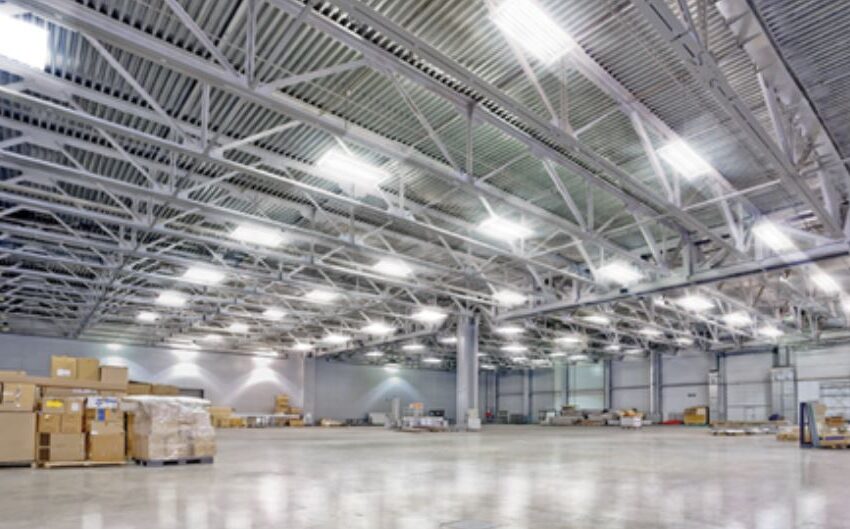 Industrial areas require efficient light sources as they are functional 24/7. The energy supply must be consistent and powerful enough to illuminate as well as facilitate the ongoing tasks in that certain environment. Every industrial setup is built on isolated land and hence lighting is the basic part of its infrastructure as it provides integrity to the industrial zone.

Traditional lighting such as halogen lamps and high-pressure sodium lamps are large of use in industries as they are brighter than average fluorescent lamps. These lights are bright but they are quite inefficient when it comes to illuminating a large space.

There are huge drawbacks associated with traditional lighting which has impacted the usual function of any high-end area. LED light fixtures on the other hand are the most specific upgrade for industrial spaces regardless of the nature of the business.

Industries are large spaces with ceiling heights reaching around 50 feet to 60 feet. The area is covered with a roof and there is almost no natural source of lighting. Such spaces require powerful light which can produce the same levels of illumination at ground levels. LED manufacturers have introduced several fixtures specific for industries as they do not just provide adequate illumination but also several benefits alongside.

To accommodate a high ceiling area large and powerful light fixtures are important as they must facilitate the tasks carried out within the space. For such places the best bet is

LED high bay lights are available in two major designs; linear and round.

Linear high bays are available in 2-8 foot long sizes and their specifications are as follows:

Linear high bay lights have an aluminum housing which is also available as die-cast aluminum housing for different locations. This is the perfect choice of metal as this frame provides safety against environmental conditions which might affect the function of the fixture. The housing is essential as it keeps the fixture functional and provides structure to it. There are mounting brackets present at the back of the fixture which allows different mounting options for different layouts.

The lens covers the lamp and is scratch-resistant. It is made up of either polycarbonate or acrylic material and they are strong, clear, and resistant to breakage. The lens has a variable beam angle which directs the light for different elevation levels

LED lamps are integrated into the fixture and they are super bright. The LED produces uniform light that is glare-free and spreads over the lens surface.

LED light fixtures produce more light than average lamps. Their brightness is measured in lumens which gives an account of how brighter they are than average options. In this way, they also reduce the cost of fixtures as one LED fixture is capable of producing light equivalent to at least three HID/HPS fixtures.

They are energy efficient

Due to their ability to produce more lumens they are deemed efficient. It can be seen for the fact that they produce higher levels of brightness at the same level of power supply. This is quite beneficial in the long run as it reduces the cost of electricity. They also do not heat up quickly or require extra energy for starting up. They do not require any stand-by time and the fixture is adaptable to environmental changes.

LED light fixtures are equipped with high-end reflectors or lenses and they have adjustable beam angles which direct the amount and path of light from the fixture to the point of illumination. Traditional lamps tend to disperse the light in the surrounding which results in loss of energy and the fixture is unable to produce light at its maximum capacity all the while consuming a lot of energy. In industries there are several processes going on under one roof which make use of heavy machinery for processing, storing and transporting goods. In such places, light patterns must be uniform and bright at all levels and specifically brighter around task areas or storage shelves.

They are environment friendly

LED light fixtures produce light by green lighting technology which is highly ambient and environment friendly. In a place like industry, a lot of people are working around with machinery and goods and they require light which is bright and facilitates their work.  LEDs tend to boost the productivity of the workers and reduce the complaints of headaches and migraines. These lights do not produce any sort of harmful radiation like UVA/UVB rays and are easy on the eyes while working at maximum capacity. The fixture is liable to work in emergency situations and keep the environment cool by efficiently dissipating the heat.

Light manufacturers are constantly making improvements in this technology to facilitate the consumers while also keeping up with the sustainable qualities of these fixtures. They rid the user of the unnecessary trouble of constant repairing and replacement and have a warranty life of around 11 years.