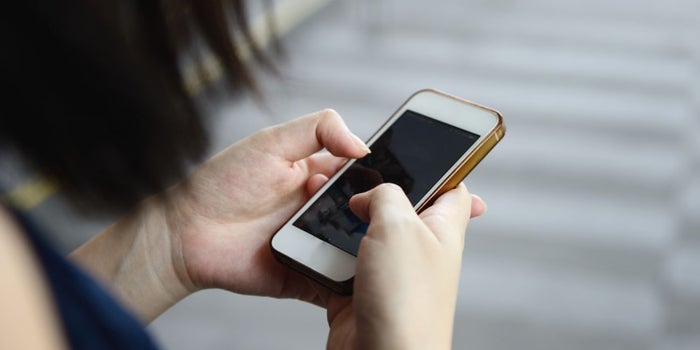 Mobile applications can prove to be a great means for business owners to make upgrades to their organizations.  If you feel that your idea can be the next big hit, mobile apps can also be the right platform.  Whatever the reason for building a mobile app, there is one thing common among the prospective developers, all of them want to make money.

Similar to other businesses, a mobile app development agency starts with a competent monetization strategy.

About 90% of time spent on mobile devices is on apps, so there is no doubt that consumers love to use apps.  Therefore, the opportunity is there.  The keynote is to figure out the perfect app that will peak user interest and eventually get downloads.  However, you should be aware that merely getting downloads does not always translate to income.

App development is an expensive process alongside several hidden development costs along the way.  So prior to investing your hard-earned money into an app, one needs to make sure that the app is going to generate a profit.

Things to Consider While Creating an App:

Due to differentiation in user market share, users’ payment capability, and the popularity of the platform, the choice of platform (iOS or Android) can make a huge bearing on the app’s earning potential.

While Android takes 71% of the world market in terms of usage compared to 29% of that of iOS, iOS users have been reported to spend 250% more money online than Android users.  This is also backed by the fact that out of the overall income of $135 million in the first quarter of 2020 by the top 100 app publishers, iOS apps made up 62% of the revenue while Android apps accounted for only 38%.

Talking about the downloads, Google Play scores over App Store where the percentage of downloads on Google Play is twice that on App Store.

So, on one hand, due to its robust presence in high-revenue markets App Store offers you more paying users, on the other hand, Google Play can provide you broader market coverage and more downloads.

In layman’s terms, the process of translating the usage of your app into revenue is called app monetization.  This comprises various strategies.  While some kinds of apps are more suitable to particular app monetization models, some apps concentrate on one specific domain of app monetization, and also others integrate multiple aspects.

For a successful app monetization strategy, user experience is critical as revenue requires happy users.  Monetization generally detriments the overall app user experience, although the damage can be moderated and lessened to an extent.

Monetization revenue is usually computed on the basis of the number of active users which is directly influenced by user experience, therefore it is important for developers to take user experience into consideration while choosing an app monetization strategy.

In this type of app monetization model, the cost barrier to purchasing the app is removed and free downloads are allowed.  The aim is to mount up a significant user base and gather information on the users using the app.  This data is then sorted and provided to app publishers who pay to place targeted ads in the app, this is known as In-app Advertising or Affiliate Marketing.

As can be understood from the above picture, there are a variety of options to pick from.  The ad format can be chosen on the basis of the criteria that concern you the most for example its price or extent of user engagement.  The only drawback to this approach is, in contrast to other monetization strategies, due to their nature, ads are required to be tested and analyzed frequently that could lead to more frequent alterations with regard to formats and placements.

Analogous to in-app advertising, in a fermium business model, the app is available to be downloaded and used for free, however, certain (premium) features are blocked and users would need to spend money for them to be unlocked.  In other words, users can access the app’s basic functionality, but to use the premium or proprietary features they would be charged.  The idea of this model is that you draw users to the app and provide them a rich foretaste about the app’s functionalities (without giving them everything).  The aim is to accrue and engross app users up until they are ready to pay for additional (premium) app features.

The paid app business model basically implies that the app is not free to download.  Anybody willing to use the app should have to first purchase it from the respective app store.  The secret to finding success with this type of model lies in the developer’s competence to brandish the construed value of his app with a standout app listing (featuring screenshots, reviews, etc.) that distinguishes it from analogous free apps.

Nowadays, all over the world people are becoming increasingly health-conscious.  With the advent of healthcare apps, users can make direct contact with experts across the health and food industries for professional advice for a healthy lifestyle.  In the backdrop of the global COVID-19 pandemic and lockdowns, physical fitness has become a top priority.  Several companies are now launching a mobile app niche to widen their customer base and to be able to easily interact with their clients.

Online shopping app has consistently remained one of the most profitable business app niches on the market.  The COVID-19 pandemic has triggered people to move on to online shopping and sellers have also realized the importance of having an online presence.  Although sometimes it can be challenging to develop, sellers today are looking for those developers that can create user-friendly apps for their businesses.

For many ages, online gaming apps have become a pastime to many people.  However, nowadays due to the increasing Smartphone dependability, people from all walks of life are getting in a habit of playing games during their idle time.  Few of the gaming apps have seen huge success rapidly.  This high-growth business niche has been continuously keeping the sharp and inventive developers at the top of the revenue charts.

Due to the more direct and personalized distribution strategy of streaming services, these apps are gaining popularity.  People are increasingly choosing streaming services to fulfill their entertainment needs instead of paying for cable.  During the COVID-19 pandemic, there has been an 85% upsurge in the installation of video streaming apps in 2021 in comparison to 2019.

Although employing different monetizing strategies, YouTube and TikTok has remained the top-grossing entertainment apps and are the leaders in this niche.  While YouTube generates revenue through in-app ads and offering subscriptions, on the other hand, TikTok utilizes a combination of ads and in-app purchases by permitting users to purchase TikTok coins in order to send virtual gifts to other users.

Online video and audio streaming apps are created to allow easy and efficient browsing of the entertainment content and also popular in the entertainment category.  Users are offered app subscriptions by the manufacturers to access their databases.

In today’s world, there is an upsurge in the popularity of online dating and the amount spent by users.  Some of the frontrunners are Tinder, Bumble, Grindr, Azar, etc.

In-app purchases, particularly in-app subscriptions, are the most commonly used monetization strategy in dating apps.  For example, a subscription-based app Tinder, which is free to download, has made $1.2 billion in 2019 across both platforms by offering premium features to include extra likes or unlimited swipes through a monthly or yearly subscription basis.  Likewise, Bumble albeit with a smaller user base but exhibiting a higher quality profile, more female-friendly, and centring around women initiating conversations, focussing on serious relationships instead of just hook-ups, is a close competitor to Tinder and the second-highest-grossing dating app in 2019.

However, in regards to dating apps, along with the subscription model, there are other monetizing strategies such as in-app advertising to ensure a constant money flow.

Apart from the categories listed above, there are some other app categories that could also generate a substantial amount of money.  Educational apps and online learning platforms, for example, can offer a profitable market.

Udemy, a popular online learning platform, offers courses created by instructors for students and working professionals.  Apart from charging instructors a fee for every course sale (3-75% depending on how the user was acquired), Udemy offers yearly subscriptions to businesses to give access to the platform’s content.  Also, users could purchase individual courses as per their requirements.

Developers will continuously be making a profit from the app economy with revenue from app monetization.  Free apps are becoming increasingly popular and will allow developers to make more money over an extended period of time.

However, if the app experience is not up to snuff, developers are likely to miss out on revenue from app monetization.  In the purview of free to download culture, developers need to put more stress on experience and education which would help them to motivate users to go for premium models and subscriptions or to involve with in-app purchases.

The need for the hour is to adopt hybrid monetization strategies.  Instead of relying on a single method of app monetization, developers should spread monetization across multiple strategies to ensure stability, particularly in a constantly evolving market. In the web development world, we are a leading &amp; awarded Magento agency London has to leave effective marks in several countries.