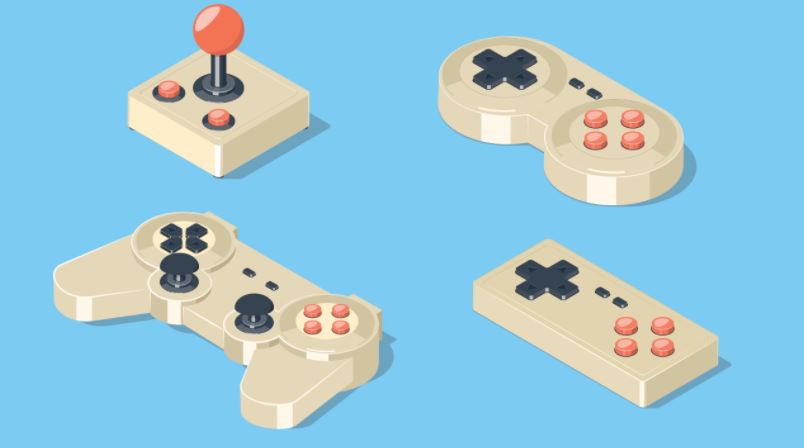 Retro gaming has made a noticeable return to the mainstream of global media and entertainment. Whether for popularity or pure fun, the games that we all used to play have begun to make a sustained comeback across all age groups and gaming genres. This article has been written to provide some insight and as a basis for discussion as to the return of retro gaming and what this will entail for both the gamers and the businesses out there.

What is retro gaming

Yes, there is still an ongoing argument as to what retro means and how far back the recent past really is. Retro was essentially coined for fashion and style that had been popular in the ‘recent’ past but has begun to include pretty much everything. Gaming is a massive component of modern popular culture and as such is also subject to the retro movement that has history that numerous current gamers are interested in. The games that we may have played in the past, reimagined and remastered for modern platforms or the actual game-boys and arcade games that we may have played in the past are all part of this retro movement in gaming. Simply those from the past – these are what is considered retro for the purposes of this discussion and in fact across the wider gaming sector. There are a number of diverse types of retro games and the top segments are noted below.

These are the games that many of us have played in the past and may still play a version of them today. Running, jumping and maneuvering your on-screen player from one platform to another is the main reason they are referred to as platform games and they are a prime example of the type of retro games that have made this comeback. Games like Super Mario Bros and Sonic the Hedgehog are two of the best-known platform games and seem to have been around forever. As such, there is always an older version available and in fact, they are the basis of some of the newer platform games out there but make for the perfect retro game.

Another one of the big trends over the last 18 months or so has been buying an arcade machine for home use, man caves and family entertainment areas or rooms. The arcade game is one of the quintessential retro games that there is and with the newer versions being able to provide the older games with newer graphics and improved movement has made for a great gaming experience. They are somewhat bigger than the smaller handheld games but have also become somewhat regarded as art and interior décor, rather than simply the game. Anything from Pac Man to Space invaders and Pin ball have made comebacks in arcade form, and it’s interesting to see which of the old arcade games are going to make an appearance this year.

The older PlayStation and Xbox games

The mainstream gaming providers such as PlayStation and Xbox have been producing games for decades. Games have now become popular again and as such these suppliers and games developers are looking to provide the gaming experience all over again. Older PlayStation games are making a comeback and can either be played on the old game stations or for more popular games can be remastered for the latest version of PlayStation and Xbox, for instance, Shadow of Colossus was first released in 1965 and has now been remastered (through popular demand) for PS4.

Why retro gaming is making a massive comeback

The basis of the return of retro is simply the fact that these games were good to play and still are. Many of the so-called retro games were the original of the current games and for the serious gamer, they provide a sense of history as well as provide for current modern-day entertainment. In fact, many are arguing that the retro game is no longer retro and has made such a significant comeback that these games can now be considered current and part of modern popular culture. There are more tribes and groups being established online for such gamers to meet and as this happens, what was once a niche gaming sector is growing all the time.

For those who are interested in the ‘old school’ games, there will now be more choices than ever before. The Retro gaming sector will provide a space to trade, barter and sell retro games and accessories. It’s a business opportunity to be aware of.