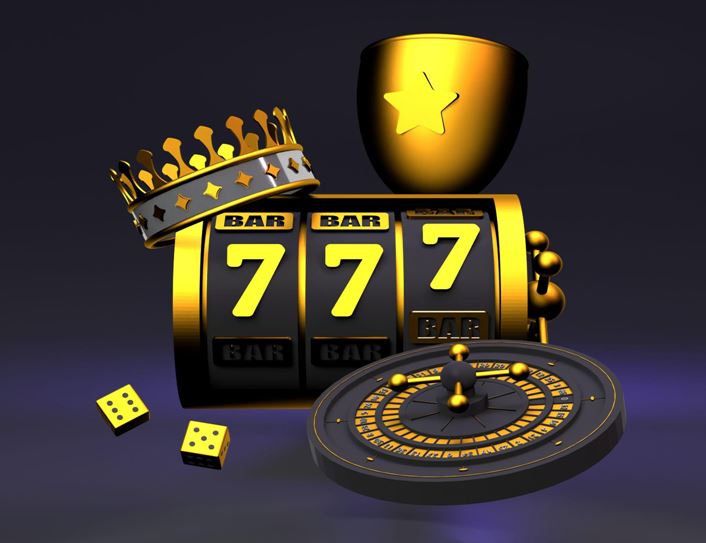 The Pennsylvania Gaming Control Board has published the 17th edition of its Annual Report, which details the financial performance of the state’s gambling industry. The PGCB announced yesterday that the state’s retail casinos collectively won a record $3.3 billion in revenue during the fiscal year 2021-2022, surpassing the previous high of $3.2 billion in FY 2018/2019. In the fiscal year 21-22, two new retail properties opened statewide, totaling 16.

The 16 casinos in the Pennsylvania state are back to making a killing as slots and table game revenue reached an all-time high of $3.3 billion in the last fiscal year, as recorded in Pennsylvania Gaming Control Board’s annual report. The actual number surpasses the former record of $3.2 billion for the fiscal year 2018-19. People in Pennsylvania love to play at the best PA online casinos, which you can check at estafa.info.

Contents hide
1 Slots revenue and new casinos
2 Revenues in the Pennsylvania gambling industry
3 Retail slots and table games revenues at other local casinos
4 Why are slots the favorite casino game in the US?
5 Conclusion

For the period, slot revenue in retail stores around the state was about $2.4 billion, and table games brought in a little more than $1 billion.

These numbers are from the last fiscal year, which runs from July 2021 to June 2022. This fiscal year was the first one in three years that wasn’t impacted by coronavirus pandemic-related closures.

The record wagers come as two more casinos similar in size to Live! Casino Pittsburgh opened in 2021. In August 2021, The Hollywood Casino York opened in a York County mall; four months later, in December, The Casino Morgantown opened in Berks County. The state allows these smaller satellite locations under the legislation passed in 2017 to have a maximum of 750 slot machines and up to 40 table games.

Another casino comes in the way. The Parx Casino Shippensburg is under construction in Cumberland County. The proposed Shippensburg project will take over a former Lowe’s store, spanning 73,000 square feet with 500 parking spaces available. The casino will have 500 slot machines, 48 electronic table game positions, and a restaurant.

In addition, the board is considering an application for a small Centre County casino, according to the report.

Revenues in the Pennsylvania gambling industry

For the fiscal year 2021-2022, slot revenue in the Hempfield Live! Casino location was estimated at $93.8 million, with an additional $15.7 million from table games.

All gambling categories statewide saw increased numbers except for one. In the latest period, fantasy sports was the only category that saw a drop in numbers, going from $28.1 million to $27.6 million.

This year saw a 2% increase in revenue from sports betting, with over $7 billion being wagered on sporting events at the 18 retail wagering locations and 14 websites licensed by the Gaming Board.

Regarding iGaming, or internet-based simulated slots and table games, they increased by 37% last year to $1.2 billion. Last year, $897 million was legally wagered online in the state.

The number of video gaming terminal sites in the state increased from 17 to 65 within one year, which increased 32% in revenue, with more than $478 million wagered. In counties where they are allowed, these licenses allow up to 5 terminals that truck stops can use. These terminals are similar to slot machines. No other county in the state has a casino of another type applied to allow these kinds of sites.

Retail slots and table games revenues at other local casinos

For the period, Rivers Casino Pittsburgh saw $270.1 million in slot revenue and $92 million from table games.

The Hollywood Racetrack and Casino at the Meadows raked in about $162 million from slots and an additional $31.3 million from table games.

Why are slots the favorite casino game in the US?

Slots are the most popular casino game in the United States for several reasons. For one, they are easy to play and don’t require any strategy or skill. Players also enjoy the potential for big payouts from progressive jackpots. Also, slot machines have a high play rate, which generates more revenue for casinos.

While table games like blackjack and poker may offer better odds for players, many gamblers prefer the exciting atmosphere and fast-paced gameplay of slots. This is why casinos often have a larger selection of slot machines than other types of games.

In Pennsylvania specifically, slots have long been the dominant form of gambling. In fact, before the state legalized casinos in 2004, only racetracks offered slots or video gaming terminals. There are over 26,000 slot machines across the state’s 16 casinos today.

Overall, the gambling industry in Pennsylvania continues to see growth in revenues from both traditional and new forms of gaming. Slots remain a favorite for players, leading to strong revenue numbers for casinos across the state. In addition, the expansion of smaller satellite casinos and the continued development of iGaming options are helping drive further growth in the industry.