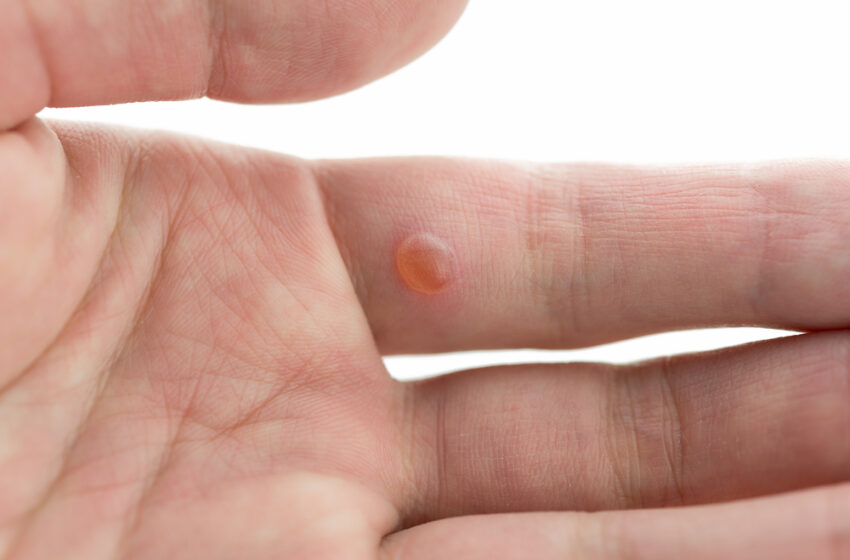 Warts are the harmless outgrowths on the skin that are caused by the human papillomavirus (HPV). They are usually painless but if grown under the feet can cause extreme pain. Warts are contagious and can be found anywhere on the body like the face, feet, arms, genitals, and rectal area. It is advisable to get them treated timely before they cause more discomfort and trouble. There are many home and clinical remedies that can be tried to remove warts.

Let’s explore some of the best remedies for warts removal that will provide you relief from the discomfort they cause.

Here, note one thing that apple cider vinegar must be diluted with water because the acidity in the vinegar can cause irritation and burns. Therefore, do not apply it to wounds.

Banana peel is also effective against warts because it contains potassium which fights HPV. But there is no sufficient scientific evidence for this. You can rub the inner side of a banana peel on the wart daily to see if it works.

If your wart is itchy and painful, use Aloe Vera gel. It will give you relief. Aloe Vera gel can fight pathogens including viruses as well. You can take a leaf of aloe vera plant and extract the gel from it. Apply this gel to the wart daily.

Using chemical peels with salicylic acid is the best warts removal treatment in Dubai. The salicylic acid dissolves the proteins that make up a wart and also the thick layer of dead cells around it. Chemical peel treatment can be performed alone but if it is combined with treatments like cryotherapy then it yields excellent results.

It is also a commonly used remedy for wart removal in which a wart is frosted with the help of cold substances like argon gas or liquid nitrogen. During the procedure, the practitioner applies the liquid nitrogen to the wart either with a cotton swab or a spray device. This results in the freezing of warts and development of blisters around the wart. After a week, the dead skin cells slough off and the wart disappears.

You might be surprised to hear this but potato juice has the power to dehydrate warts. There are no scientific proofs to second this claim but you can try it. Cut a potato in half, take a small piece and rub the cut side on the wart. Make sure you cover the wart completely with the juice.

Garlic has been used as a traditional home remedy to treat warts. According to a study published in 2014, garlic extract made warts disappear in just 4 weeks and that too forever. Those warts never grew again. Garlic has allicin as the main ingredient that bears microbial effects. When applied to the wart, it destroys the enzymes in harmful pathogens.

You can crush up 1 clove of garlic and mix it with water. Apply this mixture to the wart and cover it with some bandage. Repeat this activity daily for almost 3 to 4 weeks.

Another natural remedy to treat warts involves orange peel. It is an affordable remedy as orange peel is easily available. You can rub the peel on the wart once a day and with every passing day the wart will darken and eventually fall off. It can take almost 2 weeks or more to see the results.

Pineapples contain bromelain which is a mixture of protein digesting enzymes. Bromelain is known to remove the warts by dissolving the proteins in HPV. Many people have reported successful results after using pineapple juice everyday for warts removal.  You can either soak the wart in pineapple juice or apply fresh pineapple pieces to the wart daily.

Limited data is available to support the effectiveness of bromelain against warts. There are no scientific studies as well to defend the use of pineapple juice for warts removal.

Dandelion weed is not just a pesky weed. It has medicinal properties and has been used in ancient Chinese and Middle Eastern medicines. Using dandelion milk or sap is a traditional remedy for removing warts.

According to various studies, dandelion extracts stimulate collagen production which is necessary for healthy skin. Also, they reduce skin inflammation and soothe irritation. In addition to this, dandelion also has antimicrobial properties. Still, more research is required to analyze the effectiveness of dandelion weed against warts.

You can also use clear nail polish as a wart removal remedy. It works by suffocating the virus and makes a protective coating over it. There is no sufficient evidence regarding the effectiveness but you can try it. You can coat your wart with a clear nail polish daily or twice a day.

Honey bees produce a substance called propolis. It is a resin-like substance that is composed of plant substances, beeswax, pollens, and enzymes. Among the benefits of propolis is that it has antimicrobial properties and is used to treat acne, herpes simplex virus, and wounds. It might also aid in fighting HPV.

There is no complex procedure to apply propolis. You just need to apply it to the wart and place a bandage over it. Leave the propolis overnight. You should repeat this practice daily.

As you know vitamin C has immune-boosting properties so it can be used for wound healing. It is believed that vitamin C fights HPV effectively. But credible evidence is still required to back this claim. You can crush a vitamin C tablet and mix it in water. Apply this mixture to the wart and leave for one night.

Some people have reported that a mixture of lemon juice and vitamin C is more effective for warts removal. It might be because of the acidity in lemon juice. However, be careful while using lemon juice because it may cause irritation.

Castor oil has anti-inflammatory and anti-microbial properties. It is an effective natural remedy against warts, ringworm, dandruff, and various other skin conditions. You can use castor oil by applying it directly to the wart daily. After two to three weeks, you will observe the wart falling off.

Mentioned above are some of the useful remedies that will help you get rid of warts. If you want quick results, you should opt for clinical warts removal treatment in Dubai. When performed under the supervision of experienced professionals, chemical peels and cryotherapy will produce effective results. Natural remedies are also effective but they are time taking and all of them do not have enough scientific evidence too. Therefore, get your warts examined by a dermatologist so that he/she can give you a suitable treatment suggestion.

Read more: Naturally How to Get Glowing Skin Overnight