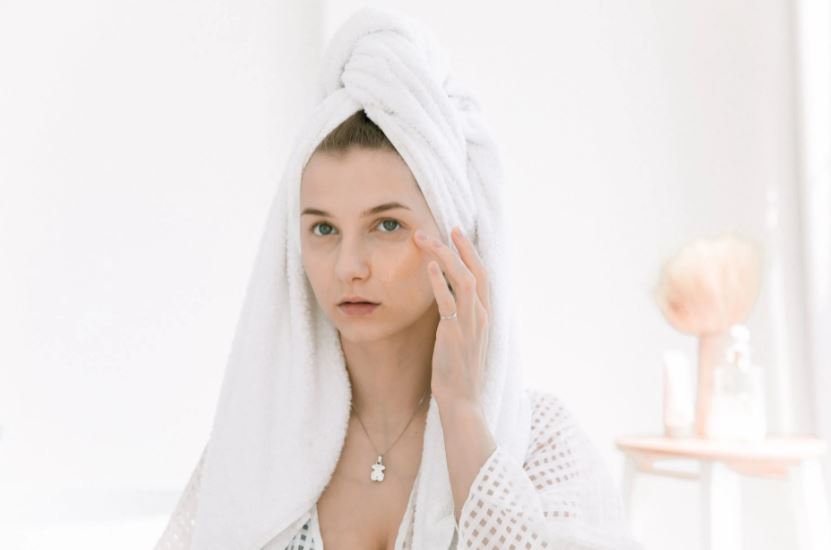 Acne scars are the unfortunate souvenirs acne leaves behind. They can be unsightly and embarrassing, but acne scars are not permanent. There are surprisingly many ways to treat acne scars, from prescription medications to acne scar removal treatments.

This article will discuss how acne scar develops and the different methods of treatment you have at your disposal for treating acne scars effectively.

Contents hide
1 How does Acne Scars Develop?
2 What Factors can Worsen Acne Scars?
3 What are the Different Types of Acne Scarring?
4 How to Treat Acne Scars?

How does Acne Scars Develop?

The development of acne scars is a multi-step process. First, acne deep within the dermis of your skin and breakouts stimulates collagen production in an attempt to heal itself. The overproduction of collagen leaves acne scars that appear as raised or indented patches on your face.

Second, after acne heals, it can leave behind scar tissue which may form keloids (raised bumps) if it’s not treated properly at that stage. Suppose you don’t treat acne early enough. In that case, there will be more damage done to the surrounding cells than normal, resulting in larger spots and discolouration from pigmentation problems under your skin surface layer where they aren’t normally found.

Third, trauma such as picking scabs too much during a breakout can cause additional acne damage. You can also get acne scars from popping or picking at acne during a breakout. This results in acne scarring because acne is an inflammatory skin condition, so trauma to the affected area worsens the inflammation and damages surrounding tissue too much for healing to occur properly on its own.

What Factors can Worsen Acne Scars?

The acne scars can become more pronounced based on your acne treatment, lifestyle choices and other medical conditions you have.

If acne is not treated responsibly, it will worsen over time, which means acne scarring could also be worse than before. If your acne treatments include picking at acne during a breakout or popping pimples too much, the problem will worsen because of how inflammatory acne already is. Anything that worsens inflammation makes acne even worse for yourself in terms of appearance, so always leave the skin alone when breakouts occur to give it a chance to heal itself naturally instead!

In addition, smoking causes collagen damage from free radicals, which speeds up the development of wrinkles and fine lines under your skin surface layer where they aren’t normally found as you get older. This will make acne scarring more apparent because of the increased damage that acne scars have to go through in general from normal ageing changes throughout a lifetime too.

On top of this, if you wear heavy makeup constantly every day, it can clog your pores and cause acne breakouts which exacerbates acne problems over time as well. In addition, some people get cystic acne underneath their skin surface layer where they aren’t normally found due to hormonal imbalances or other medical conditions such as PCOS (polycystic ovarian syndrome).

What are the Different Types of Acne Scarring?

Raised acne scars are formed when too much collagen is produced trying to heal itself after an acne breakout occurs, and this leads to thicker than normal tissue forming at that stage underneath your top layers of skin which causes a bumpy appearance because of how thick it looks for being so close to the surface level.

Depressed acne scarring happens when there isn’t enough collagen production occurring during an acne healing process and allows surrounding areas to sink inward, creating depressions rather than protruding spots on the face as well. This type of acne scarring is worse than raised acne scars because it looks much more obvious and noticeable as a result.

Ice-pick acne scarring makes the skin appear like pinched tissue all over the face with sharp points pointing outwards from each side of an affected area instead which gives this type its name because of how pointy it appears compared to other types such as rolling acne scarring that has slightly rounded edges along at any given spot.

How to Treat Acne Scars?

If acne scars are left untreated, acne scarring will worsen over time because acne is an inflammatory skin condition that causes additional damage to the surface of your skin where you break out.

There are a lot of acne scar treatment options you can pursue depending on the severity of your acne scars. The best way to get rid of acne is to use all-natural homoeopathic acne treatments that don’t cause side effects that make acne more difficult over time for yourself even after it goes away!

Another treatment that is most sought after nowadays is laser acne scar treatment which is done by a professional dermatologist in most cases when acne scars are more severe. In addition, acne scar removal surgery is another option to get rid of acne scars depending on how bad they are and how much your skin can handle being cut into with the use of lasers or scalpels.

The next acne scar treatment type is acne scar injections which are done through a professional dermatologist in most cases when acne scars are more severe. There are many acne treatments you can do at home without the use of medications or side effects that make acne worse over time for yourself even after it goes away!