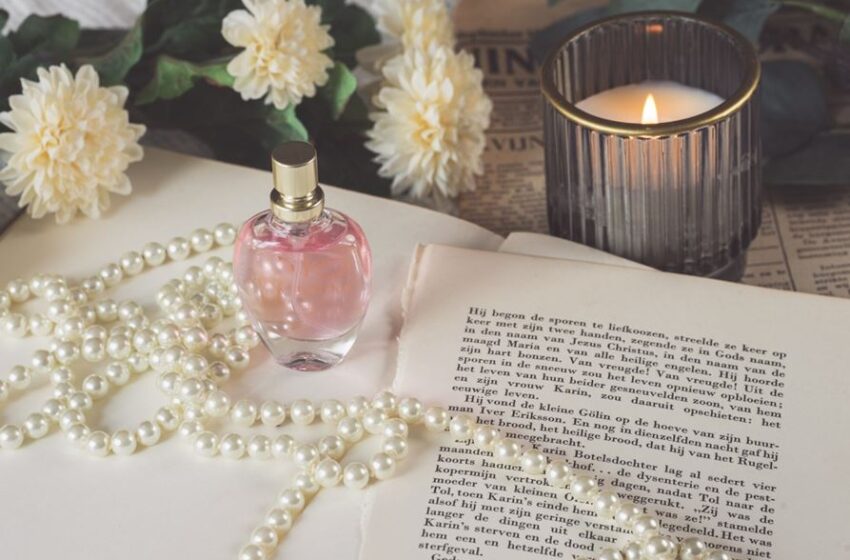 Did you know that 59 percent of women wear perfume on a daily basis in the United States of America? When it comes to wearing fragrances, it is hard to beat the vintage perfumes that were so popular in the 1990s. Original scents affect your olfactory system which transports you back to the 90s.

A big reason for this is because the scent is a link to memories. By smelling those classic 90s smells like the Gap Scents will instantly make you nostalgic for a different time and place. It wouldn’t come as a surprise to discover that you miss those scents and want them back in your life.

The good news is that you’ve come to the right place for a rundown of the most popular vintage perfumes of the 1990s. Continue reading to learn more about the most popular original scents and fragrances from that amazing decade.

One of the most popular and iconic scents and fragrances from the 1990s was the Gap Scents. There were five great Gap fragrances to choose from with each supposedly matching your personality. The fragrances were Grass, Dream, Heaven, Earth, and Om.

These fragrances were a staple of the checkout aisle in just about any and every clothing department store across the United States during the 1990s. All it took was one whiff to find which of the five options best fit who you were as a person. This is one of the most iconic fragrance options of the entire decade.

Clinique Happy did a great job of capitalizing on the success of the Smiley Face era that was the 1990s. Clinique Happy’s signature original scent was a mix of citrus and floral scents to create a wonderful and light vintage perfume.

If this is one of your favorite scents from the 1990s then you’re in luck. This original scent is still available today and it remains one of the most popular perfume options on the market today.

Another iconic option when it comes to vintage perfumes of the 90s is the Gucci Rush fragrance. This fragrance was a mix of gardenia, freesia, and vanilla and made for a delightful scent for any occasion.

Not only did have a great scent, but it came in a unique and eye-catching bottle.

Fragrance mists were a popular way to add some exciting fragrances to your life in the 1990s, so it should come as no surprise that the Bath and Body Works fragrance mists made this list of great vintage perfumes from the 90s. These scents will have no problem bringing back all of your best memories from an unforgettable era.

Unfortunately, some of the Bath and Body Works fragrance mists have been retired and are no longer available. Cucumber Melon, Juniper Breeze, and Sheer Freesia are still on the market today for you to enjoy.

No list of iconic fragrances from the 1990s is complete without at least one mention of the Spice Girls. While everyone has a different member of this talented group of musical artists that they identify with, everyone could agree that the Spice Girls Impulse fragrance was a number one hit.

The Spice Girls Impulse fragrance was a mix of pink pepper, tangerine, and vanilla scents to create a unique and memorable scent that transports you back to all of the best parts of the 1990s.

The Grunge scene was in full swing for a good portion of the 1990s, so it only makes sense that there was a perfect perfume to compliment that style of music and culture. Enter the Demeter Dirt perfume. This perfume smells quite similar to wet soil after a brisk rain.

Add this memorable fragrance to an oversized flannel shirt and you’ll be transported right back to those unforgettable Nirvana, Soundgarden, and Pearl Jam concerts of your past.

On a lighter note, there was also the great Vanilla Fields perfume that came to prominence in the 90s. This perfume was a light scent that added a touch of class to your appearance and your scent.

The Vanilla Fields was dominated by a vanilla fragrance with a touch of musk and amber mixed with a hint of Jasmine.

The exclamation was produced by the same company that mastered Vanilla Fields. Exclamation was technically created in the late 1980s but it really came to prominence in the 90s where its popularity soared.

This vintage perfume came in a cool and stylish bottle shaped like a black and white exclamation point. The scent itself was a mix of vanilla, peach, and apricot. This combination of a great bottle and a great fragrance combined to create one of the favorite fragrances of a decade.

One of the best fragrances developed by Christian Dior, Dune was a perfect summer perfume for anyone that was lucky enough to live during the 1990s. This perfume was a perfect combination of amber, peony, and sandalwood.

Dune was one of the original scents that made the 90s one of the best decades in the history of the United States.

Gap and Bath and Body Works didn’t have a monopoly on the classic body sprays and fragrances of the 90s. The Body Shop White Musk was another body spray fragrance during the 90s that turned into a big hit. If you went to a mall anywhere in the United States during the 1990s then you likely crossed paths with this memorable scent.

This spray had a strong musk scent to it which got combined with floral fragrances like jasmine, iris and rose.

This option among vintage perfumes stands out because it featured perfect summer and tropical elements to the fragrance. This great vintage perfume got released in 1996 and featured fragrances of pineapple, lotus, and ocean air.

This was the perfect fragrance to wear if you were going to hang out by the pool or go on vacation to a beach destination during the 90s.

Nothing says the 90s like perfumes and fragrances that are scented like candy. An era that brought the Baby Bottle Pop and the Ring Pop found a way to make everything come full circle back to candy. Why should fragrances be any different?

Juice Bar fragrances were most notable for two different scents that they had on offer in the 90s. The two most popular options were Cotton Candy and Gummi Bear. No doubt, these were a staple of a great decade.

Calvin Klein really outdid itself when it came out with the CK One fragrance in the 1990s. This fragrance is unique on this list of vintage perfumes of the 1990s because it got marketed as a unisex fragrance. It is one of the most memorable fragrances of that era and with good reason.

It features hints of violet, nutmeg, bergamot, and musk which makes it one of the perfect scents of the 90s. Add to it the iconic Kate Moss commercial that helped make it popular and there should be no debate that this fragrance deserves a place and a mention on this list.

Before Victoria’s Secret released the now-iconic Love Spell fragrance, there was the Pear Glace. The Pear Glace was one of the must-have fragrances of its era thanks to its fruity scents.

This great fragrance was a mix of pear and casaba melon and made for one of the most popular vintage perfumes of the 1990s.  This is definitely one of those scents that transports you back.

Curve is another one of the most popular scents of the 90s as well as the 2000s. Released in 1996, Curve is still a mainstay when it comes to fragrances and perfumes to this day. From the iconic bottle shape to the unforgettable scent, this is one of those perfumes that will make you nostalgic in an instant.

Candie’s For Her didn’t make its appearance as a classic and original scent until later in the 90s, but it made a big and memorable entrance. It featured a bold and fiery bottle that brought a ton of sex appeal to the table.

This fragrance was a hot mix of amber, mandarin, and peach. Sadly, this fragrance got discontinued though there is definitely a market for it to make a big return at some point in the future. It is one of the original scents of the 90s despite its late arrival at the party.

If you’re a fan of classic and unique bottles for your perfumes and fragrances then Angel by Thierry Mugler was a must-have vintage perfume. The fragrance came in a star-shaped bottle of glass that made it stand out even before you applied it to yourself.

This fragrance was a mix of honey, caramel, chocolate, and vanilla. It is one of the more expensive 90s vintage perfumes from its time, but it was worth every penny. This perfume was a staple of the fragrance market in the 1990s.

Calgon Turquoise Seas is another great scent from a great decade. This scent was discontinued at some point after the 90s but demand for it led to Calgon bringing it back onto the market.

To make things even better, Calgon also released a moisturizing body cream that features the same scent for the affordable price of only $5. If you love Turquoise Seas then that is a deal that you can’t pass up. Smell like a 90s dream no matter where your life journey takes you.

From its box and its bottle to its vintage fragrance, the Beverly Hills 90210 fragrance is everything about the 90s in one vintage perfume. The box that it came in was black with red paint splatter patterns in the background. The bottle was bold and gold thanks to the color of the perfume itself.

The fragrance itself was a mix of white flowers and green apple, which doesn’t sound like it should work together but made it one of the standout vintage perfumes of its era. You couldn’t go wrong with this nostalgic fragrance no matter where you went.

Sunflowers were a big theme of the 1990s, and with good reason. Sunflowers are awesome, and Elizabeth Arden captures the essence of the 90s and of sunflowers in this wonderful fragrance.

This vintage perfume of the 90s was a perfect compliment to sunflower print clothing and dresses during those fun and unforgettable summer nights. This perfume is one of the most popular of the decade and helped to make it such a fond era.

One of the most expensive options on this nostalgic list of vintage perfumes of the 90s, the Jean Paul GaultierClassique was an absolute favorite of the era. While some of the other classic fragrances on this list were marketed more towards teens, the Classique was a touch of class and marketed more like a “big girl” perfume.

It was a perfect mix of vanilla, rose, and tonka bean scents. Add to that the unique bottle design and you’re left with one of the best vintage perfumes of the decade.

Get Your Favorite Vintage Perfumes Today

Vintage perfumes are the perfect way to get that nostalgic feeling and help you relive some of your favorite memories and moments as a kid and young adult in the 1990s. These fragrances shaped the lives of millions and were focal points of the culture and the experiences of a generation.

For more insightful and fun articles on a range of topics, be sure to check out more of our blog posts.