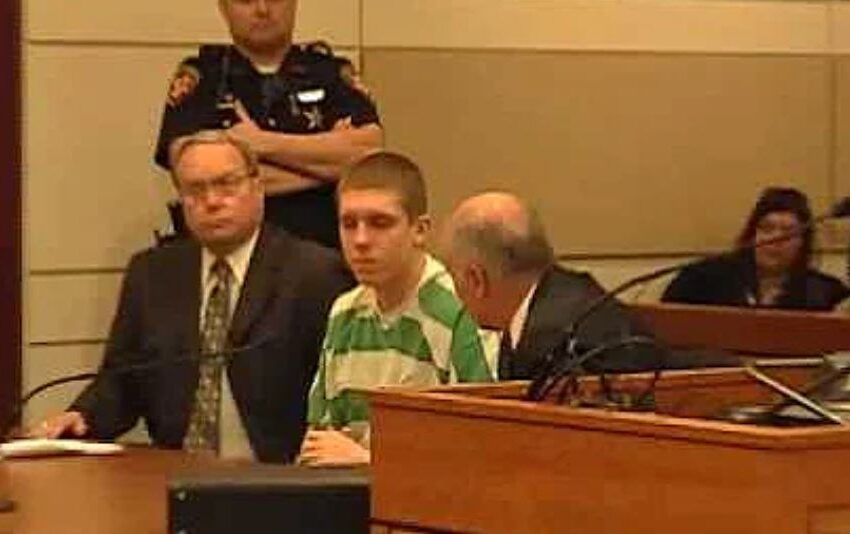 It was 2007, and a terrible murder scene happened between two teenagers, Gabriel Kuhn and Daniel Patry. Gabriel Kuhn was the victim and was just 12 years old, while the killer Daniel Patry was 16 years old. There are some horrifying details about the case. The matter also comes to the news channel’s headlines and newspapers. Daniel Patry murdered his friend because he was not paying back.

Here are the pictures of both teenagers; 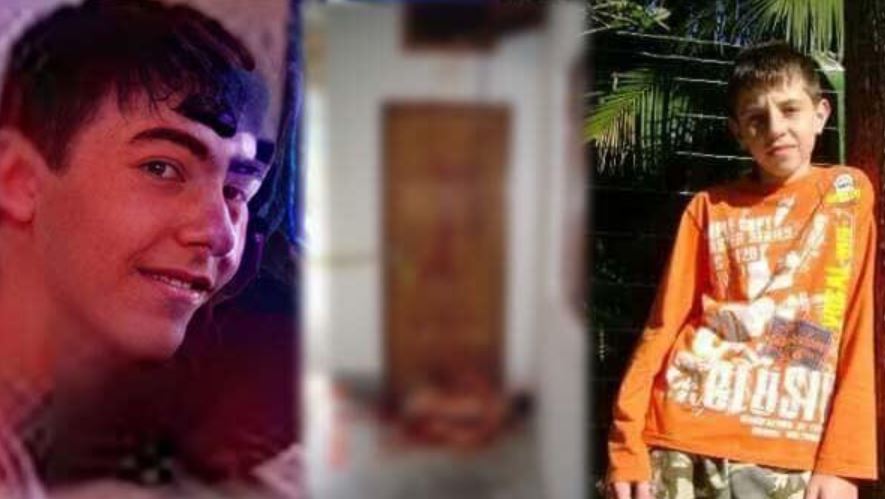 Both boys were gamers and neighbors. They were friends due to two reasons. Firstly they were neighbors, and second, they used to play the game together. They used to play an online role-playing game named Tibia. The details of Tibia are described below;

MMORPG, a multiplayer online role-playing game with a medieval theme called Tibia Online, was first launched in January 1997. It is among the most established, well-liked, and well-known MMORPGs. The game is based on the setting of medieval Europe, and players take on the role of explorers to explore the game’s environment by fulfilling tasks and slaying monsters.

Over a million people have registered to play the game, which has been translated into more than 20 languages—a well-known 3D game made in the early age of 3D visuals. Various gamers may play the game since the client is easy to download and install.

But the question is how this affected these two teenagers and ended up with the murder.

Both were teenagers and had different personalities from one another. Gabriel Kuhn was a shy guy and possessed an introverted type of personality. On the other hand, Daniel Patry was extroverted, social, and liked to go out. But the medical study shows that they both keep the same interests. Daniel Patry did not have any psycho-medical record, but he used to become aggressive very early in some situations, showing his mental instability.

Loan of $1.55 Lead to Murder of Gabriel Kuhn

Daniel Patry and Gabriel Kuhn both were good players in the game. They could get a heavy amount of digital currency while playing Tibia Online. As per the nature of all games, players need to upgrade their account to the premium version to get premium features. And account upgradation requires some money.

Daniel was quite good than Gabriel. Daniel used to give loans his currency to his online and neighborhood friends. One day he gave a loan of 20,000 digital coins from his currency to his friend Gabriel Kuhn, which became a cause of a riot. Daniel asks his friend to back his loan of digital coins, but Kuhn doesn’t pay. The total amount of digital coins was USD 1.55. Gabriel blocked Daniel online from the game and went AWOL. This action made Daniel furious, and Gabriel paid his debt in the form of his life, and the matter closed with the death of Gabriel Kuhn.

How the Murder Happened: Gabriel Kuhn and Daniel Patry

In 2007, the horrible murder case of Gabriel Kuhn happened. Years have passed since the incident, but the case is still in people’s minds because it was a gruesome murder, and the killer and the victim were teenagers.

Daniel was a hot-tempered guy and was mentally unstable. Gabriel blocked him from the game and did not return his digital coins. It turns Daniel into aggression. He goes to Gabriel’s house with a sharp tool and scraps his back with this tool. Daniel showed his violence continuously by beating, torturing, and robbing Gabriel. It shows his mental disorder when he becomes angry. Gabriel Kuhn and Daniel Patry’s crime scene photos spread over the Internet and on different social media platforms.

Daniel goes to Gabriel’s house, requests to open the door, and promises that he will not beat him, but when Gabriel opens the door, he enters and locks the door. Daniel starts laughing at Gabriel’s miserable condition because Gabriel cannot compete with Daniel. Daniel killed Gabriel at a point when Gabriel had decided to tell his parents everything so that Daniel would be protected. When Daniel believed Gabriel was dead, he thought about getting rid of the body, but he could not do so since it was too heavy for him to carry.

He started chopping apart the corpse with the hacksaw and kitchen knife. Gabriel wasn’t dead; he just woke up at the precise moment when his hands and legs began to inflict pain on him. Gabriel, however, did not pass away. The young teenager, barely sixteen years old and with psychological maladjustment, chuckled at the situation before killing him.

Daniel is free to act whenever he feels good while being imprisoned for a lengthy period depresses everyone. Daniel hasn’t expressed any sorrow for the wrongs he did to Gabriel’s family. Pictures of Gabriel’s home’s inside that have gone viral online reveal a bloody and destroyed interior. The photographs are horrifying, especially in light of how furious internet people are with the situations that need to be fixed.

The Internet shows four pictures of the crime scene, and these crime pictures are in the following sequence.

The first picture showed the body of Gabriel when Daniel stabbed him. 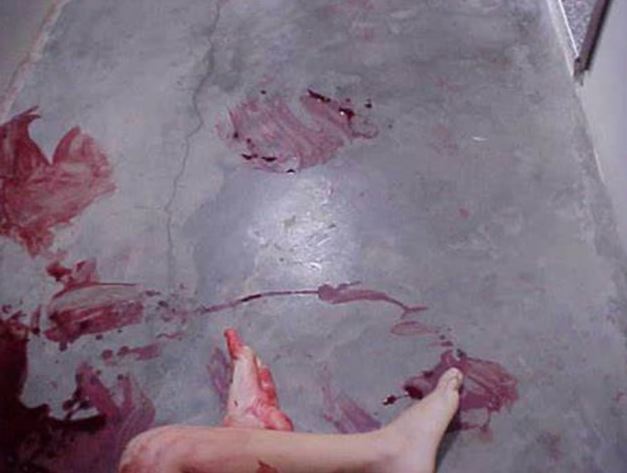 The Second picture is of Gabriel Kuhn’s body. 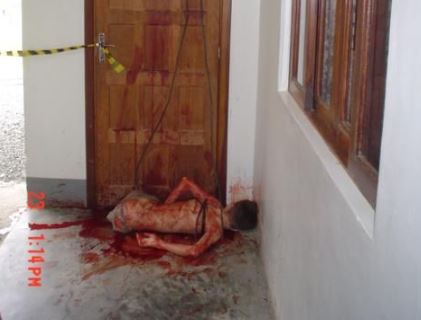 The third picture shows the knife that was used to kill Gabriel. 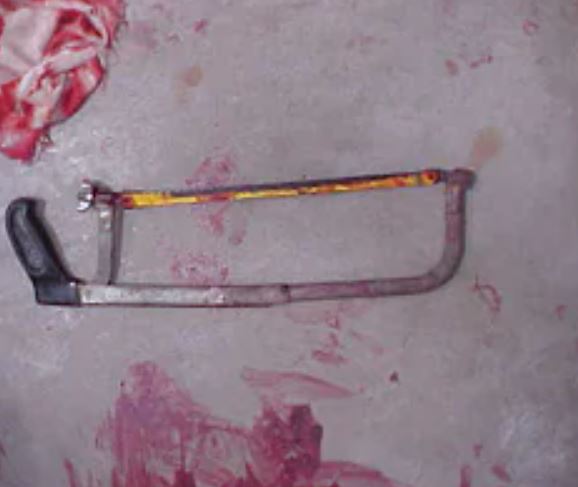 The fourth picture is the blood-marked cloth of Gabriel.

Daniel Patry get Imprisonment for 3 Years only

Later, Daniel ended up confessing to the murder of Gabriel. He was sentenced to three years in Juvenile prison which was lenient according to the nature of the crime. The investigation by police discloses that the Tibie Online game and Daniel’s mental instability causes the death of Gabriel Kuhn. Daniel admitted that he killed Gabriel. First, he tried to hang him, but it was too difficult to hang because of his heavy weight, so he cut Gabriel’s body into pieces with a saw and a kitchen knife.

Patry was born into a happy home since his parents were friendly and caring individuals who never had disputes with anyone in the town. The parents also claimed that they noticed Patry’s temperament changing because he started getting irritated during talks with friends, and his academic performance sharply declined. Patry wouldn’t engage with his family or the community and would spend much of his time alone.

Since his condition worsened every day, they even took him to psychiatrists. It is unknown what kind of mental disease Patry had, but the doctors diagnosed him with one and gave him some medication to assist him in dealing with the issue. Additionally, his parents claimed that despite their best efforts to assist their son, they were powerless to alter his behavior.

Where is Daniel Patry now

When Daniel murdered Gabriel, he was just 16 years old. He was sentenced to three years and then released from jail. And this is the day today, and he is untraceable. He was freed from Juvenile prison in 2010, and then he and his family disappeared. All the details regarding him and his family were removed from the search engines due to privacy and security issues.

The Murder Case has Reappeared

Because of the incident’s interest, the post-mortem report was released publicly. The data provides more information but does not offer a complete solution. In 2007, Gabriel Kuhn and Daniel Patry’s deaths were the subjects of a murder investigation that dominated local news; however, a recent coroner’s report has put the case back in the spotlight. Kuhn died as a result of wounds, according to the post-mortem report. The public’s interest in the issue has only grown due to this story, which was ridiculous. Reopening refers to discovering and investigating new information and emerging new evidence.

Pictures of Gabriel Kuhn and Daniel Patry have repeatedly turned up on Twitter and other social media sites. The Internet is exploding with thoughts and conclusions based on one of the most horrific perspectives that humanity has ever encountered.

However, the plot point where the court allowed the murderer to go free has already been established. Daniel should now be an adult living independently, despite the horrible act. The court decided to free him sooner due to his minor age and mental instability.

The murder of Gabriel Kuhn by Daniel Patry has gained new attention, and Internet users, particularly gamers, often discuss it. The murder happened due to Kuhn’s refusal to give Patry the 20,000 digital coins he loaned in the game. It serves as a reminder of the risks of playing video games online, and parents should monitor their kids’ online behavior to avoid similar incidents.

These coins are currently worth around $1.75, which cost Kuhn’s life.  Patry was subsequently found to be the murderer and given a three-year prison sentence. When he became 18 years old, he was allowed to leave prison. Whether the murder was preplanned or carried out on impulse is still a mystery. This incident warns parents to be cautious of what their children are doing online and highlights the risks associated with online gaming.

While developing an online game, the developers should keep the game development ethics in mind. It should not harm anyone in any sense. Moreover, the government should not approve those games that can cause death. It will be a good practice if the game developers make it simpler just for entertainment, so it should be beneficial for people to spend their leisure time.

What was the evidence found at the crime scene?

Crime scene photographs can be a valuable source of information for prosecutors. They can aid in establishing the timeline of events, identifying probable suspects, and offering hints as to the crime’s motivation. Crime scene photographs in the cases of Gabriel Kuhn and Daniel Patry would have captured the weapons used in the killing, which were a kitchen knife and a saw, as well as any blood or other traces that would have served as indicators.

What forced Patry to Murder Grabiel?

Opinions are different for this question, and still, the opinions are in contrast. Some people say that he did this for his money. At the same time, some people say it is all because of Patry’s mental instability. Autopsy shows that it was not Daniel who killed because they found some other scars on the victim’s body. So it is difficult to differentiate different thoughts and answer this question.

What were the feelings of both families?