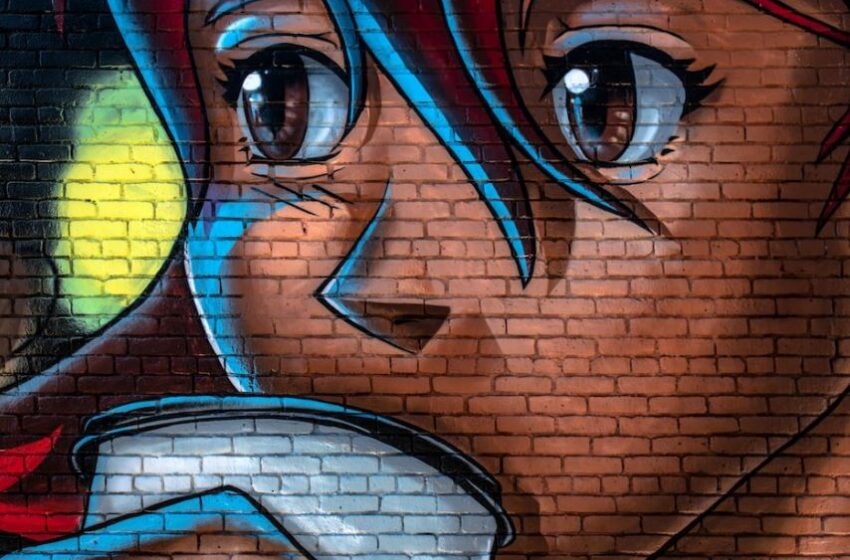 Anime has become increasingly popular nowadays. Anime shows like Pokémon and Dragon Ball Z are watched by almost every other person in the world.

From children to adults, everyone has become a fan of Japanese animation or anime, but what exactly is it? In this anime guide, we have covered every single thing related to anime in layman’s terms so you can hop on the anime trend and impress your friends with anime knowledge.

Contents hide
1 What Is Anime?
2 History Of Anime
3 Categorization Of Anime
4 Anime to Watch As A Beginner
4.1 Pokémon
4.2 Dragon Ball Z
4.3 Naruto
4.4 Sailor Moon
5 Where To Watch Anime?
6 Conclusion

Anime is a type of hand-drawn or computerized animation that originated in Japan. Outside Japan, anime refers to Japanese animation, but inside Japan, it refers to all sorts of animated work regardless of style. Every Japanese cartoon comes under anime.

Anime is characterized by its vibrant characters, large eyes, extravagant flashes, and emotions set in fantasy-themed shows. Anime usually originates from Manga is a term used to refer to Japanese comics or novels.

Creating anime takes a lot of time and effort as it involves storyboarding, drawing, animating, editing, and including effects to make it an action-packed series. Anime creators spend months creating a particular anime.

The origin of anime dates back to the early twentieth century when Japanese creators and filmmakers began experimenting with different production styles and techniques from France, Germany, and the United States.

The earliest known anime of the twentieth century is Katsudo Shashin, created in 1907. By 1917, Japanese anime came to light publicly by creators Ōten Shimokawa, Seitarō Kitayama, and Juni’chi Kōuchi who are known as the fathers of anime.

The earliest surviving anime is Namakura Gatana having a screen time of only four minutes, created by Juni’chi Kōuchi in 1917. The remaining animated works were destroyed due to the destruction of Ōten Shimokawa’s warehouse by the Great Kanto earthquake in 1923.

Shonen further comprises Seinen translating to a young man aged 18 and above. Shojo further comprises Josei translating to a young woman aged 18 and above. The anime marketed for Shonen/Shojo genre are optimistic and comedic stories, whereas the anime marketed for Seinen/Josei involve more emotional themes like love, loss, and grief.

Until the 50s and 60s, anime and Manga were predominantly male, as the inclusion of female characters in love was considered taboo by the industry. At that time, the anime revolved around male heroes rescuing kidnapped female characters and returning them bravely to their families.

However, when the number of female Manga readers increased, the industry decided to include more female characters in anime, marking the revolution of anime. Yoshiko Nishitani, a female Manga creator, was one of the first creators to introduce female anime characters in love. By the 90s, female characters were portrayed as fierce and brave, fighting the enemies to protect their families and forming strong friendships.

Anime to Watch As A Beginner

There are countless types of anime available today, from romantic comedies to full-fledged action stories. If you are new to anime and want to begin your journey as an anime lover, then consider the following best anime to watch.

Pokémon is by far the most popular and universally recognized anime. Pokémon was originally a game boy game which was then converted into anime. The story revolves around the main character Ash, a Pokémon trainer who aspires to become a Pokémon master.

Pokémons are tiny fictional monsters you capture and train to fight with other opponents’ Pokémons. The story shows how Ash and his friends travel to different places and capture distinctive Pokémons and fight with their opponents.

You will love the cute little Pokémons with their impressive abilities and vibrant colors. The original Pokémon of the 90s is available to stream on Hulu. Pokémon has been made into different movies and books, and its merchandise is universally available.

Dragon Ball Z is another fan-favorite anime made from the Dragon Ball comic (1986). It is an action-oriented series that demonstrate intense fighting battles. The story revolves around the main character Goku, whose primary purpose is to capture all of the Dragon Balls. The dragon balls provide one wish to the capturer.

Naruto is another popular Manga and anime based on Naruto Uzumaki, a young ninja who dreams of becoming the greatest and the strongest ninja in his village, known as Hokage. However, when he was just a child, a nine-tailed demon attacked his village and somehow entered Naruto.

The villagers want to stop the demon, but it lives inside Naruto, which makes them hostile to Naruto. The story involves themes of bullying, animosity, and perseverance and is an excellent watch for anime beginners. Don’t forget to learn more about demon slayer katana and how it is used to kill a demon.

If you are a fan of female leads and want to see female heroines in action, then consider watching Sailor Moon. The story revolves around a young middle school girl Usagi Tsukino who one day befriends a black cat named Luna, who gives her a magical brooch transforming Usagi into a Sailor Moon, a soldier who is destined to save the earth. The story involves the adventures of Usagi Tsukino and her comrades, who join hands to fight evil and protect the world by acquiring the Silver Crystal.

Where To Watch Anime?

Anime is ubiquitously available everywhere in the world. You can watch anime on popular streaming platforms like Hulu, Netflix, and Amazon Prime stream entire anime series.