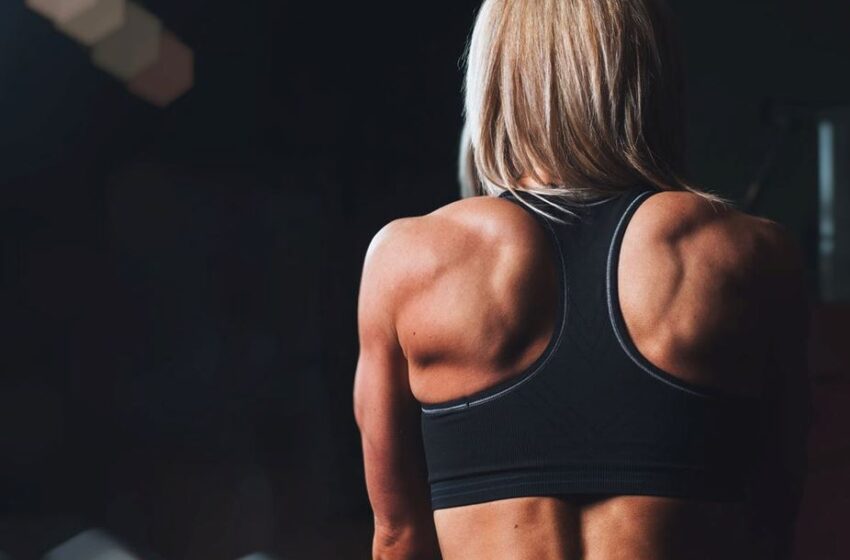 Bodybuilding requires challenging training to attain a symmetrical body figure with the right amount of muscle mass. There are also strict diets to follow. Professional bodybuilders become obsessed with how they look and perform as they equate success with their muscularity and leanness. Instead of eating healthily, they tend to control their eating habits unhealthily to retain their figure. They are more concerned with appearance than their overall well-being.

According to Efthymiou and company, professional bodybuilders, both men, and women, are disgruntled with their body image. For women who are not pleased with how their bodies turn out to feel in control, they resort to eating disorders.

Denise Mann in her article on Jump Start by WebMD reported that a new study concluded that female bodybuilders who also take womens steroids for body sculpting and building also have eating disorders. The subjects for the study were female athletes in Boston, Houston, and LA, and about 33.33 percent admitted to using steroids previously or recently. It was noticeable that steroid users were bulkier compared to non-steroid users. Those who also take steroids also utilize or intake other supplements that enhance their performance or physique. It was also discovered that steroid-using women were vulnerable to eating problems and body image problems.

The study also reported that 145 thousand American women admitted to abusing steroids at a certain phase in their lives.

One of the disorders they suffer from is called muscle dysmorphia, which is a psycho-pathological problem manifested by a fixation or false perspective on one’s leanness or muscularity.

Female bodybuilders with muscle dysmorphia have a distorted view that their bodies are feeble and delicate when the truth is they have a great body figure and right muscularity. In other words, what they think about their bodies is opposite to what their bodies appear to be.

Muscle Dysmorphia, though known to affect more men, does not exempt women since this is common in athletes and bodybuilders. Muscle dysmorphia often occurs in people engaged in physical activities or sports that involve strength and weight, and those who wrestle and body build have the most cases of this psycho-pathological disorder.

Body and muscle dysmorphia are often caused by societal pressure, maltreatment during the younger years, and feelings of being left out. The media is also a great contributor to this disorder because of the idealistic and non-realistic portrayal of body image. Biological factors also contribute to this disorder. There are also other known factors, such as the overuse of steroids.

People with muscle dysmorphia are hard to identify simply by looking at them. They have usually great body figures. Usually, symptoms of people with MD manifest through changes in behaviors. People with MD do not have the same symptoms. But there are general symptoms like looking at her reflection frequently and critiquing herself for not looking good, keeping away from mirrors because she doesn’t want to disappoint herself with what she sees, having a rigorous and extreme workout regimen, and working out even when exhausted or hurt, having a stringent diet plan, missing out on important occasions for the sake of working out, taking a lot of dietary supplements, overuse of steroids and muscle-building drugs, intense social concern, nervousness, and misery. If untreated, the worst thing that could happen to a person with MD or BDD is becoming suicidal.

Bodybuilders, both male, and female often refuse to acknowledge eating disorders. They will do everything to keep their eating problems a secret. It is a fact that a person with an eating disorder like Muscle dysmorphia will go to great lengths to conceal the problem. They will most likely reject any confrontation about the problem. That is why it is advisable to connect with them gently and in a non-confrontational manner.

The medical management for Muscle Dysmorphia is the right information and psychotherapy.

Another eating disorder often experienced by female bodybuilders is orthorexia Nervosa. Orthorexia is obsessing about eating healthy foods in an unhealthy manner. The person with orthorexia is fixated on eating right; hence, the person refuses food that does not pass as healthy for her or does not meet her standards. An orthopraxis person is usually anxious about where the food is from or it’s quality. She often does not eat out because she does not like food prepared by other people. She is also extremely concerned about the hygiene and healthiness of the food. Because of the choosiness, she will have physical manifestations such as losing weight. She is meticulous in searching for food or reading labels. This person also obsesses with controlling what they eat, which is why she avoids eating whatever she did not prepare.

Other eating disorders include the recent finding of ED/BT or Eating Disorder/Body Builder Type that manifests in low-fat, hi-protein, and hi-calorie diets and a routine of food intake at arranged intervals.

The demand from their chosen field is a huge factor in distorted perceptions of their physical appearances and eating disorders. It would be best for these bodybuilders to consult a psychologist as soon as possible and wean from steroids. It takes time but it is worth the shot.