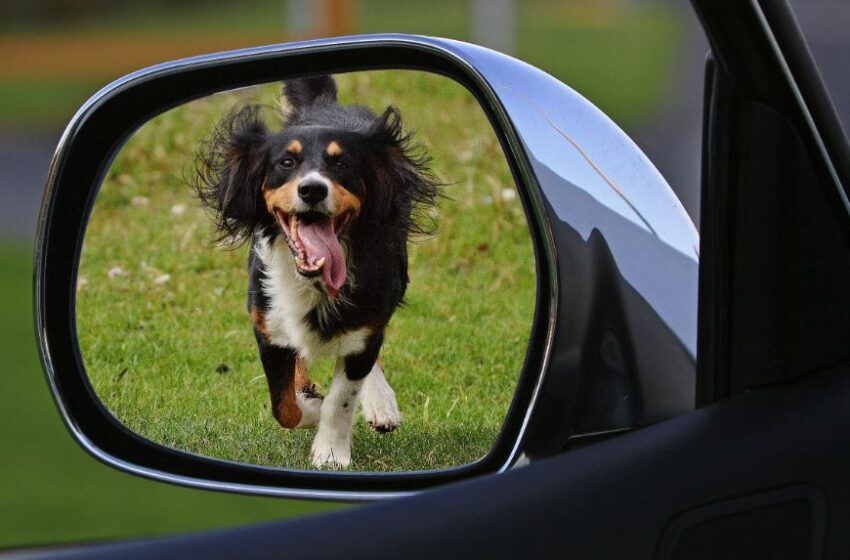 You’re not alone if you’ve been driving down the road and noticed a dog running after your car. Unfortunately, it is a common occurrence, and it can be scary or even dangerous if there’s no one around to stop the dog. This article explains almost everything if you’ve ever wondered why this happens and what you can do about it.

Contents hide
1 Why Do Dogs Chase Cars?
2 Reasons Why Dogs Chase Cars
3 Is It Natural for Dogs to Chase Cars?
4 Is This the Way Dogs Play?
5 How to Get Rid of This Behavior?
6 Keep an Eye on Your Pooch’s Activity

Why Do Dogs Chase Cars?

If your dog checks out cars when they drive by and then runs after them, likely, he’s just trying to play. Dogs may also chase cars because they’re curious about the vehicle or want to explore their surroundings. It is better to check your pet’s activity, and if you find anything that is not normal, consult a veterinarian as soon as possible. You can also go online and search the remedial education. There is plenty of material on the internet on websites like PetCareRx, where you can find solutions for your canine friend.

Let’s look at some possible reasons why your dog might be chasing cars:

He wants to play: Dogs often use vehicles as toys because they want your attention. If he has a toy in his mouth and sees a car, he might think you’ll want to play with him if he brings it back to you.

Is It Natural for Dogs to Chase Cars?

Dogs love to chase cars, which is a common behavior. The problem is that the excitement of running after the moving vehicle can be so overwhelming that your dog may not realize when the car has stopped or even changed directions. It may cause him to run into traffic and get hit.

A common misconception is that chasing cars is a natural behavior for dogs. However, this is not the case, and it’s necessary to understand why. Dogs are not wolves or any other type of wild animal. Instead, they are domesticated, meaning their behavior has evolved in response to humans.

Modern-day dogs are not hunters. It can be seen when you watch them chase cars out of sight. They stop and look around as if wondering where they went and how long they should wait before moving on with life again. It’s something we never see in wolves or other predators. Once they killed an animal, they would return immediately with its body so they could eat it as soon as possible.

Is This the Way Dogs Play?

Whether or not you have a dog, you may have witnessed this bizarre behavior and wondered about it.

When dogs run after cars, they are probably not doing so because they want to play with the driver. Instead, they are trying to relieve boredom, stress, or anxiety in their lives. For example:

A bored dog will feel less stressed when their owner comes home than if they were left alone all day with nothing to do but sleep and eat. Running after a car is an excellent way for your dog’s energy levels to be released safely in an open area. Nobody will get hurt by his paws flying in every direction. It also works on rainy days when there isn’t much space outside.

To stay happy, dogs living inside full-time often need mental stimulation and regular physical exercise. Playing catch might not cut it if there aren’t other dogs around who want some action too. So instead, these guys look outside at passing traffic, hoping that someone inside those cars might notice them and they could make some new friends.

How to Get Rid of This Behavior?

To avoid this scenario, you can teach your dog how to play fetch with a ball or other toy instead of letting him chase cars. Alternatively, you can also put on a leash or harness for safety when walking outside during daylight hours. Here are some tips if you don’t want your dog running into traffic at night when many people drive home from work.

In the case of chasing cars, it is important not to reward the behavior. Do not yell at or punish your dog for chasing cars because doing so will only make them more excited about doing it.

It’s also a good idea to avoid giving attention to your dog when acting this way. It could make them think that something is rewarding about their behavior and encourage them to continue it.

Similarly, don’t give the dog any food until he calms down enough for you to control him. Feed him normally without fear of being bitten or scratched.

Keep an Eye on Your Pooch’s Activity

It is a normal behavior in dogs, and it’s not dangerous. However, if your dog runs after cars frequently, you should take some steps to help stop this behavior. It can be frustrating to watch your dog chase vehicles that don’t belong to you, but it’s important to remember that they are just doing what comes naturally.

If your dog is aggressive when he sees a passing car or person on foot, it could indicate something more significant like resource guarding or territorialism. If this is the case for your puppy, contact a vet so he can help you find solutions for both human and canine safety.