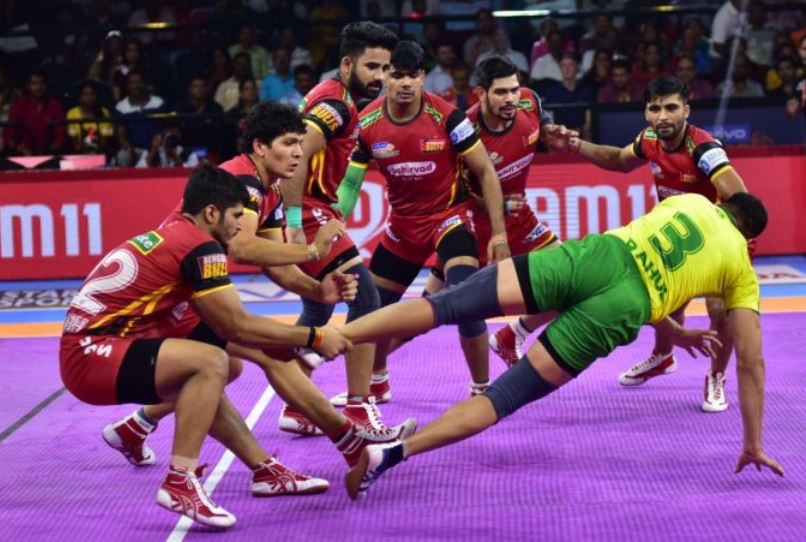 Although no evidence proves the game’s specific origin, Kabaddi’s history has always been associated with India. Many historical accounts have claimed that the origin of the game dates back some 4,000 years in India. While there is no concrete proof to back such an assertion, the prominence of the game in present-day India is enough evidence to associate its origin with the country.

Although it is also played in various nations worldwide, Kabaddi remains more popular in India, with a larger fan base than anywhere else. Hence, it has become a key option in the sports betting sector of the country. Are you looking for an excellent platform to bet on kabaddi in India? You can visit this website for excellent betting markets and competitive odds in the sport.

Kabaddi was primarily played as a rural pastime in India, and its spread wasn’t very extensive. However, with the introduction of the Indian Pro Kabaddi League (PKL) in 2014, the game, which appeared to have lost traction, increased significance in India, garnering a massive fanbase.

Overall, Kabaddi as a sport has been rekindled with the institutionalization of the Pro Kabaddi League, and the sport has undoubtedly progressed significantly since the league’s inception.

The success of the Kabaddi event at the 2006 Asian Games was a major influence on the formation of the Pro Kabaddi League. The Indian Premier League (IPL) was at the forefront of Indian sports, putting Indian cricket on the global map. As a result, the PKL was created in a similar form to the IPL. Just like its inspiration, the PKL has risen significantly in India today in terms of fan base and TV viewership.

However, the league’s inaugural season proved very successful, with over 453 million spectators tuning in. One major contributing factor to this success was that Kabaddi is already a popular sport throughout India, particularly in rural and metropolitan regions. Thus, it was only natural that the PKL picked up steam eventually.

The first season of the PKL ran for a little over a month, from the 26th of July to the 31st of August, covering a total of 60 games. Jaipur Panthers won the inaugural tournament by a score of 35 to 24 over U Mumba. Within about a year of the league’s inception, Starr Sports, who were the league’s broadcasters, bought a 74% stake in the league’s parent company, Marshal Sports.

One significant impact of the PKL when it was founded was its role as a feeder for the Indian Kabaddi team. It laid out a platform for some of the best talents across the country to showcase their talent and carve out a career for themselves. It is also noteworthy that the league welcomed foreign players as well.

Till its third season, just the eight pioneer teams competed annually in the PKL from July to August. However, to strengthen the league even further, the organizers opted to schedule it for twice a year. The motive behind this plan was for the PKL to run for five weeks between January and February and then again between June and July.

The fourth league season saw an impressive attempt to establish the women’s version of the competition, the Women Kabaddi Challenge (WKC). This version involved only three female teams owned and operated by the league. However, the women’s Kabaddi challenge did not continue the next season, and the idea ultimately failed.

Another significant development was the inclusion of four new teams in the league, which resulted in a structural change with two divisions known as “zones.” Several new regulations were also implemented to encourage scoring. These new developments strengthened the league further, increasing its prominence and financial growth.

The current PKL season will be the ninth since the league’s establishment. Although the league is still new compared to others, it has expanded and improved tremendously since its inaugural season to become a renowned professional league in India. Currently, the PKL is one of the most franchised leagues in the country. While there are still areas that need to be improved, there have been positive indications of the future success of the league thus far. In fact, the league’s revenue is predicted to improve significantly over the previous season.

Even though it was founded in 2014, the Pro Kabaddi League has risen to prominence in India and achieved impressive strides in the Indian sports scene. With the increased interest it has generated thus far, it’s safe to say the sky is the limit. Parimatch is a reliable platform for betting on Kabaddi and other sports.