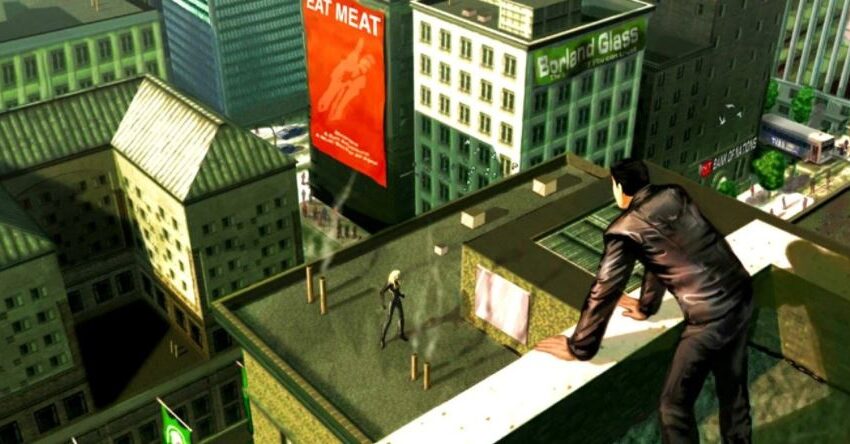 The Matrix series of movies might be described as lightning in the bottle. While its success wasn’t unexpected or even unlikely, the fact that such a winding, high-brow sci-fi movie gained mainstream popularity is still a surprising thing indeed. After all, sci-fi, along with horror, tends to sit at the fringe of entertainment, attracting more of a cult following rather than the everyday cinema-goers. Boil it down, and The Matrix is a love letter to machines and computers (and kungfu).

Like its genre mates, Star Trek and Star Wars, The Matrix doesn’t seem to have a lifespan. It’s still talked about today. However, it’s fair to say that audiences seemed to have grown weary of Mr Anderson’s story by the third installment of the original trilogy. The same fate befell the franchise’s video game career, which began and ended between 2003 and 2005. By way of comparison, the first The Matrix film was released in 1999, followed by both sequels in 2003.

Inevitably, licensing plays a big role in the longevity of movie-inspired games. The only thing that has been added to The Matrix’s video game catalog in recent years is an official, branded slots game on the Paddy Power online casino website. This title features the likeness of Neo, Trinity, Morpheus, Agent Smith, and even the enigmatic black cat, which served as the first movie’s “glitch in The Matrix”. Otherwise, it’s a fairly standard five-reel and fifty-payline slot experience.

Unfortunately, there’s been no mention of any upcoming The Matrix games in the wake of the announcement of Resurrections, the Christmas Eve-scheduled resumption of the franchise. Let’s take a look at the titles that came before, then, beginning with 2003’s Enter The Matrix.

Making a game about The Matrix without being able to play as Neo might be seen as a bit of a bold move but it’s precisely what developer Shiny Entertainment did with the movie’s debut video game release. The title was a big seller, despite its emphasis on secondary characters Ghost and Niobe. But reviewers weren’t particularly enamored with Enter the Matrix because it seemed that several scenes destined for the second movie, Reloaded, were used instead for the game, leaving the former poorer as a result.

The Matrix: Path of Neo had a similarly lukewarm reception despite returning Neo to the fray but it’s the 2005 MMO The Matrix Online that deserves more than a passing mention. While the game only lasted four years due to the overcrowded state of the genre at that time, The Matrix Online at least tried to offer something different. Players were able to ally with Zion, the Machines, and the Merovingian, a decision that would determine the development of their character over time.

It’s also canon to the franchise, despite having limited input from original writers The Wachowskis, which feels like an especially brave decision considering how vast and complex MMO games tend to be. They’re also sometimes at the mercy of player actions. Remember the completely unintentional Corrupted Blood Plague in World of Warcraft? These incidents have a tendency to work themselves into the canon of a wider fictional universe.

Overall, The Matrix games to date demonstrate the potential of the franchise but without really enhancing its enormous popularity.