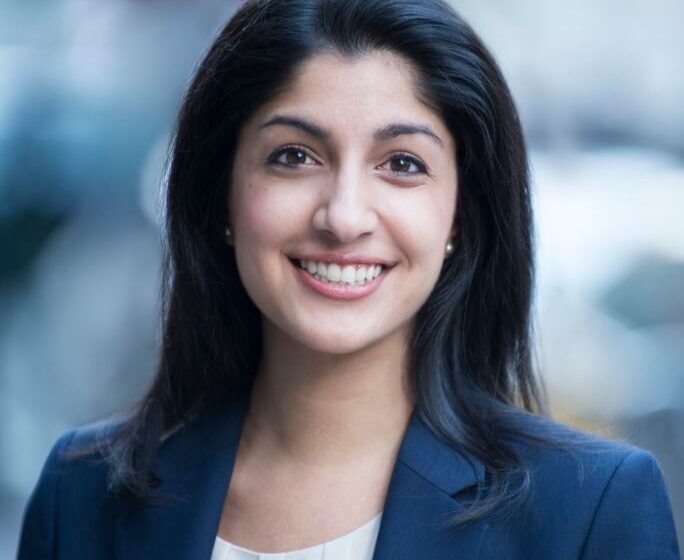 Anjali Sud, the CEO of Vimeo, a small competitor of Youtube and Netflix for 16 years, but when a marketing executive discovered an unexpected market opportunity, she disrupted the company’s original business, became the CEO, and reinvented Vimeo so that it could generate more revenue. This article will cover the details about Anjali Sud, its early life, joining Viemo, and reinventing Vimeo.

Anjali Sud was born in 1983 in Detroit, Michigan, in an Indian immigrant family. In 1997, she went to Massachusetts and started studying at Phillips Andover Academy in Andover. She did BSc in finance and management in 2005 from the Wharton School of the University of Pennsylvania and completed his MBA in 2005 from Harvard Univerisity Business School. Before joining Vimeo, she worked in the finance, media, and e-commerce role at Sagent Advisor, Amazon, and Time Warner.

Anjali Sud joined Vimeo when Vimeo was trying to compete with Youtube and Netflix in 2014. At that time company was about 12 years old. Anjali Sud reinvented Vimeo by analyzing that it would take 17 Billion Dollars to compete with these big giants. She says that Youtube is a permanent source of fun and entertainment for people, and it would be hard for people to use another one for their fun because they are already getting the content of their taste.

She reinvented Vimeo with her idea to provide tools to make videos for small content creators and businesses. It gives a new direction to the company so that it can help others to create content rather than creating its content to compete with Youtube and Netflix.

In a conversation with Forbes, she wants to allow small content creators and business owners to do their best with their videos with a little technical knowledge following the idea of GoDaddy and SquareSpace.

The reinvention of the company made a huge revenue in the year 2020. In 2020 company had 1.5 million paying customers and generated a revenue of 83.3 Million Dollars. Later the company starts generating an increase in revenue year by year.

Before Anjali Sud was appointed as the CEO of Vimeo, the company was trying to compete with Youtube and Netflix. When Anjali became CEO, she realized that B2B marketing tactics would improve the company’s growth.

Anjali Sud, a leader at Vimeo, realized that it would be difficult to dominate, and customer feedback and behavior signal shows that the only way for the company growth could be B2B. Because content creators do not use the platform, small business owners were taking advantage of Vimeo.

Anjali Sud shortened the content on Vimeo and spoke directly to the customers, “You were starting to see the signals that businesses were looking to use videos. It wasn’t happening at the scale because it was too hard, but it was a real desire. Ultimately, those signals led Vimeo to double down on the [B2B] strategy.”

Erik Roth, who leads McKinsey’s innovation work globally, talks with Anjali Sub about her struggle and strategies to reinvent Vimeo. Here are some of the focused points of the room podcast. The edited script of the podcast is following;

Erik Roth: Can you first explain what exactly is and does?

Anjali Sud: Vimeo is the world’s largest professional video platform and community. We are not competitors of youtube. We are not viewing the destination. We are a platform that helps content creators to create and distribute videos anywhere on the internet. We think of ourselves as the mission control powering every professional team that wants to communicate using video. As you can imagine, that has become more relevant during the pandemic.

Erik Roth: What results of those early investments were your board most excited about?

Anjali Sud: The standards outputs such as subscribers, booking, and revenue numbers were important, of course. But the stat everybody rallied around was customer satisfaction. We can doubt it by having a small team spend a year building products. If you believe the future market will be big and you can build things to delight customers, you can figure out the rest: pricing, how to go to market, and how to drive revenue. That was the galvanizing turning point for us.

Erik Roth: What are the biggest lessons you learned along the way?

Anjali Sud: One is to look where others aren’t looking. I was able to champion our strategy today, and I think Vimeo has been successful at that strategy because what about all the businesses that need a video to communicate? It wasn’t sexy, but it allowed us not to execute perfectly at the outset. We could throw things against the wall because nobody was focused on the market.

Another lesson would be to move fast. Everyone says that, but I have never once looked back and thought. “Wow, I moved fast.” I always think, “I moved too slowly. I wish I had made the decision earlier.” As organization scales, you add too many structures and communication layers, and they slow you down. For me, this is a worry as Vimeo scales.

Erik Roth: Last question, what keeps you up at night?

Anjali Sud: I have been in positions where existential business questions kept me up at night. Do we have the right strategy? I am happy to say I no longer think about that. What keeps me up at night is execution and, within that, focus. Because when you are in a market like ours, at a time like now, the opportunity is huge. But I worry about too many destructions.

Note: Bro interview (between Erik Roth and Anjali Sud) is a podcast script and might seem like you plagiarized because I just found the same content on many websites.