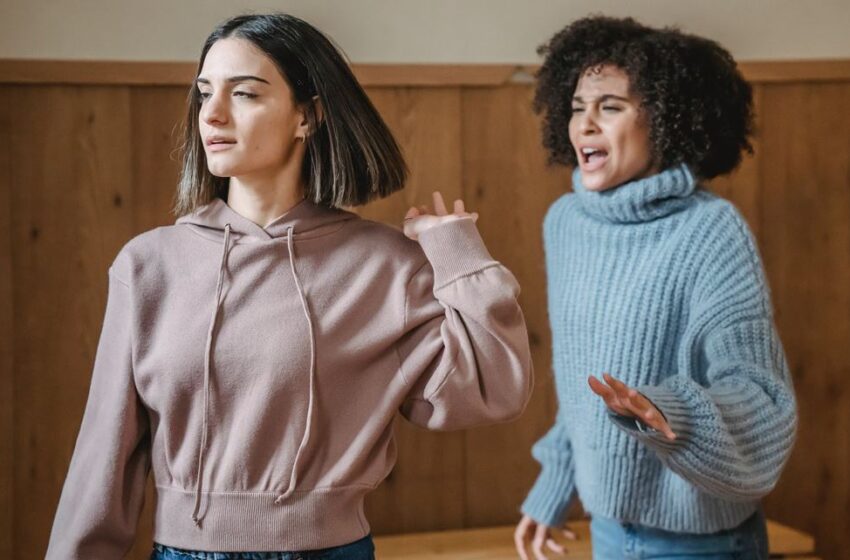 Have you ever been on the receiving end of a cruel comment that was followed by “just kidding” to lessen the blow?

Perhaps someone close to you responds to conflict by shutting you out and giving you the “silent treatment” rather than addressing issues directly. These are signs that you’re dealing with a passive-aggressive personality.

At first glance, none of their behaviors seem aggressive. You expect angry people to yell or be physically aggressive. Contrary to your expectations, people with this personality trait express their aggression indirectly through behavior that seems neutral or even kind.

In this article, we’ll define passive aggression, explain why people may act this way, give some examples of such behaviors, suggest strategies for dealing with it, and explain how therapy can help.

What Is Passive-Aggressive Behavior?

Passive-aggressive behavior is a personality trait in which someone expresses negative emotions, resentment, and hostility by not doing what you’d expect of them.

Passive-aggressive people are often peaceful on the outside when they’re interacting with others.

However, their anger and resentment bubbles below the surface as they perform their “duties” while making it as difficult as possible for others (e.g., procrastinating to cause more stress, faking forgetfulness to cause inconvenience, or spreading malicious gossip).

What Are the Signs of a Passive-Aggressive Personality?

The DSM-V does not list passive-aggressive personality disorder on its own. It’s classified under Personality Disorder Trait Specified, meaning that there isn’t enough research to properly classify it as a mental health disorder but there is evidence that it exists.

Someone with this personality may display the following characteristics:

What Are Some Passive-Aggressive Behavior Examples?

There is usually a disconnect between what someone with this personality says and what they do.

Examples of passive-aggressive behavior include:

Offering to help, then purposely giving others the wrong direction. For example, acting friendly with a new co-worker then giving them wrong directions so they get lost and are reprimanded for wasting company time.

Complimenting a friend on their weight loss success, then taking away from their achievement by saying they looked better before, or that if they lose more weight, they’ll be too skinny.

Saying they can do a job “I’ll take care of that,” “No problem!” when they have no intention of taking care of things as promised. They may then proceed to shift blame on others or make excuses for why they didn’t follow through with what was agreed upon “I thought you were going to take care of that” or “I would’ve done it but I had an emergency.”

The exact cause of passive aggression isn’t known. However, researchers believe that childhood biological and environmental factors may contribute to the development of this personality.

One’s childhood experience with anger is a possible cause of passive aggressiveness in adulthood. If your caregiver displayed explosive anger with bouts of yelling and physical aggression, you’re likely to grow up afraid of openly expressing your anger.

Being criticized for expressing negative emotions may also lead to developing hidden resentment.

Passive-aggressive people may feel powerless due to past experience of having limited control over their lives or feeling as though they are not equal to others in an important relationship. As a result, they put up walls to protect themselves from getting hurt, which puts them at risk for isolation from others.

How Can You Deal with Passive Aggressive Behavior in Others?

A passive aggressive person doesn’t always realize when they display such behavior. It’s not always malicious.

Even when it comes from a negative place, there are some steps you can take to deal with it.

In the heat of the moment:

Take a Minute to Calm Down

Attempting to dialogue when either of you is in a negative headspace can escalate the situation. Managing your emotions before responding is key — take a few breaths, or remove yourself from the situation first.

When you’ve both calmed down, talk about the incident. Don’t assume you know why the person is showing aggressive behavior. Instead, ask how they feel. Try to address the person’s concerns directly.

Together, come up with ideas for solutions to the issue that’s causing them to act that way. Talk through the pros and cons of each solution, and choose the one where both of you win the most.

Finding a solution doesn’t equal sacrificing your needs and wants. You should set boundaries. Communicate clearly what you expect and that negative behavior will not be tolerated. Emphasize the consequences of what will happen if the person doesn’t stick to the agreement.

Put your solution into practice. It may take some time to implement and show results. After a while, evaluate whether your solution worked, or if you need to try another strategy.

To eliminate this behavior in the long run:

Aggressive people are poor communicators because they struggle to express negative emotions openly. Encouraging them that you’re always willing to listen can help them develop the skills and confidence to speak to you directly.

Expressing appreciation when someone with passive aggression communicates directly can encourage them to develop their skills further.

People with this personality may resort to many tactics to make themselves feel more in control of others. Consistently responding to these tactics with constructive criticism, or flat out ignoring them, can help the individual realize that they should change their approach.

How Can You Deal With Passive Aggressive Behavior In Yourself?

Noticing the passive-aggressive trait in yourself is commendable. It is also the first step in changing your behavior for good. If you feel that you display negative behavior and it’s damaging your relationships with others, here are four ways you can improve yourself:

Work On Your Self-Awareness

You can’t change something if you’re not aware of it happening. Becoming more self-aware will help you identify your negative feelings and practice expressing them openly.

Observe yourself when and where you display passive-aggressive behavior, how others react (good or bad), and what the outcome is. Journaling can help you keep a record of such situations in your life:

Are there any common themes?

How did the experience make you feel?

What was the best solution for both parties involved?

If you find it hard to be self-aware when angry, try checking in after the fact. Take some time to think about what caused your anger in that moment, and why you chose to direct it at that person or thing specifically. Reflecting afterwards can help you look for patterns so that you can change them next time around.

Give Yourself Time to Make Changes

You can’t expect drastic changes overnight. This is an ongoing process. While there are ways to work toward being more positive and empathetic, it takes constant work to maintain.

Aggression is a form of expression, but when it’s hidden it either sends the wrong message or none at all. Learning and practising healthy ways of expressing your anger instead of hiding it can help.

If you feel that your passive-aggressive behavior is too much of an issue to handle on your own, it may be best to seek help from a therapist.

A professional can help you identify the root of the problem and devise ways for you to express yourself more openly without resorting to negative behavior or anger.

It’s a safe place to feel compassion and support. And you can try online therapy on such platforms as Calmerry.

Being passive-aggressive is a way of expressing negative feelings in a subtle way. It can damage relationships in many ways.

Empathy, proper communication, and therapy can all help people with this behavior to overcome it. These solutions lead to more satisfying relationships and better mental health in the long run.