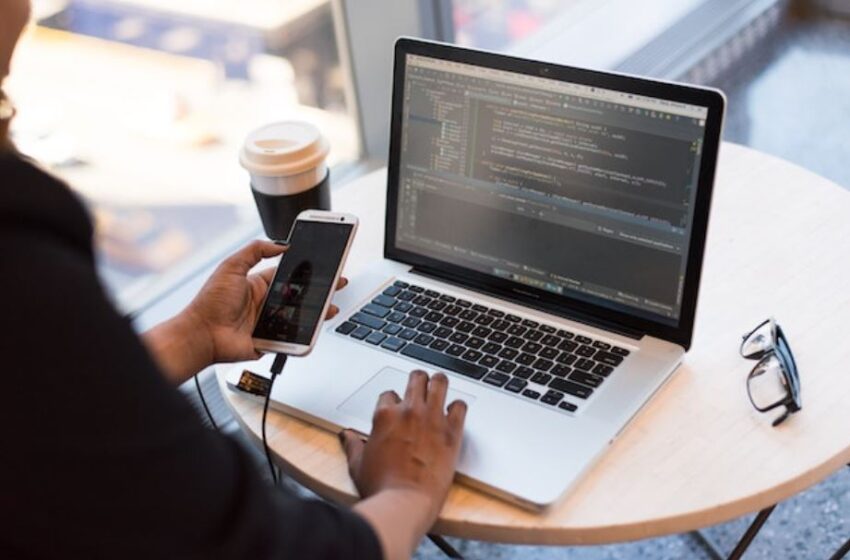 React.js and React Native are two of the most popular JavaScript libraries out there, both developed by Facebook. While they may seem similar at first glance, they have very distinct differences that make them suitable for different use cases. They are both great choices for building modern web and mobile applications, but they differ in how they approach the problem of creating user interfaces.

So, let’s look at the key differences between these two libraries—and why you might choose one over the other.

React.js is a JavaScript library for structuring user interfaces. React.js uses a component-based approach to rendering UI elements. This means that each element on the page is a component, which can be reused across multiple pages or projects. This makes it easy for React.js developers to create reusable components that work together seamlessly.

It also allows for more seamlessly testing and debugging of the code because they can start with a working component and then tweak it until it works exactly the way they want it to.

How does React.js work?

React.js works by using a virtual DOM (Document Object Model) which keeps track of all elements on a web page and allows them to be changed without actually affecting the page itself.

React.js takes a component-based approach to UI development. That means that instead of building an entire page at once, you create individual components (think buttons and text inputs) and then combine them into larger functional units (like navigation menus or blog posts). Each component has its own state, which means that if you want to update one part of your UI without affecting any other parts, it’s easy. All of this makes for much faster development cycles—and that’s great news for both developers and end users alike.

What is React Native?

React Native is a framework for putting together native apps with React. It is a framework for developing native apps using the same principles as React.js. It uses JavaScript, and it’s built to leverage the native components of each platform, so you can create a single code base that works across multiple platforms.

One of the best features of React Native is that you can write your code once and have it work across different platforms.

How does React Native work?

The key concept of React Native is to take the concepts of React, which is an open-source JavaScript library for building user interfaces, and apply them to native mobile applications. The result has been a framework that allows developers to build mobile apps using JavaScript, which can be compiled into native code for use on either platform.

React Native lets you write a single codebase—but instead of sending it to a browser, it sends it over to your operating system so it can run directly in the native environment.

When you write your code in React Native, it compiles down into a native app. That means your app will be running on the same operating system as if you had written natively, but you can use JavaScript to write the code instead.

React.js vs. React Native: How do they differ?

React.js uses virtual DOMs to help with performance and speed. The virtual DOM is an in-memory representation of your DOM, so if you make changes to the virtual DOM, React can quickly make changes to your real DOM. This keeps your page from ever having to reflow or repaint, which makes it easier for you to create fast-loading and responsive web apps.

React Native utilizes Java APIs to create native mobile applications. This means that it does not rely on HTML and CSS as much compared to React.js to create the app. You can use the same programming language that you would use on a mobile device for iOS or Android.

Which Should You Choose for Your Next Project?

So why use one over the other? That depends on your goals and what you’re trying to create and build.

If you want to create a website or web-based app that is efficient and responsive, then React.js is probably the way to go. React.js allows you to build a frontend for your project that’s quick to implement and easy to update as requirements change.

But if you want something that looks good on mobile devices specifically, then React Native would be better suited for your needs because it allows you to build an app that feels native and is optimized for mobile devices. React Native lets you take advantage of many native features and build a project that looks and feels like it’s part of the operating system.

React.js and React Native are similar in quite a few ways, but they also have some key differences that might make one better suited for one project than the other. Both platforms are easy to use, and they offer a decent amount of flexibility in what you can build.

While React.js is primarily designed for building web applications, React Native can be used to develop native apps for mobile devices.