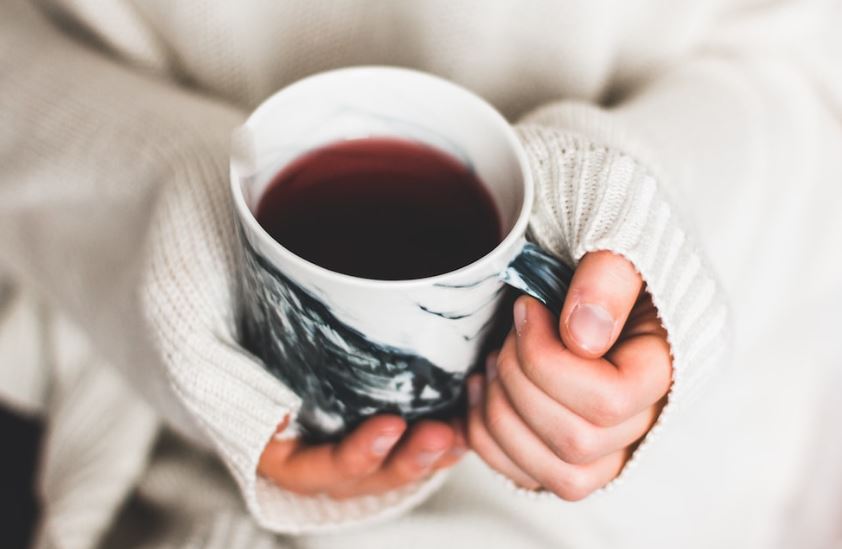 Drinking tea regularly can reduce mortality by up to 13%, according to studies. Just under 50% of the US population currently drinks tea at least once per day. But now new research has revealed how much tea you should consume to get the biggest health benefits. So, let’s find out if you’re drinking tea often enough and just how it’s impacting your body.

Several recent studies have concluded that a minimum of two cups of tea per day is beneficial for your health. The Institute for the Advancement of Food and Nutrition Science and The Academy of Nutrition and Dietetics revealed that two cups of tea daily can lower blood pressure, cholesterol, and blood sugar because of the flavan-3-ols contained within it.  Flavan-3-ols have many benefits, including being an antioxidant, anti-carcinogenic, anti-viral, and antimicrobial. Meanwhile, the Annals of Internal Medicine research revealed that mortality dropped between 9 and 13% in twice-daily tea drinkers.

The power of flavan-3-ols

Flavan-3-ols are closely linked to the reduction of abdominal aortic calcification (AAC), which particularly affects the elderly population. AAC is an indicator of vascular disease, which very often results in premature death. Studies have found that drinking between 2 and 6 cups of tea per day can reduce AAC by up to 42%. Thus, reducing the risk of individuals experiencing serious vascular disease.

The best type of tea

Black tea is the most commonly drank tea. It was also the subject of the Annals of Internal Medicine study. Aside from lowering mortality, black tea is healthy because it’s high in antioxidants, protects the heart, and reduces the risk of strokes. Other healthy teas include green tea, which prevents cell damage and has anti-inflammatory benefits, and peppermint tea, which promotes sleep and reduces stress. There are more than 3,000 types of tea, most of which have various health benefits. One way to find your favorite tea is to have different world teas delivered to your door. This will let you taste lots of flavors of tea from places such as Nepal, Sri Lanka, and Kenya.

As tea can help you live longer, you may be tempted to drink lots of times per day. But, tea drinkers typically add 36.7 calories worth of sugar and 3.7 calories worth of fat (usually from milk) to their beverages. Sugar and milk don’t offer good health benefits to tea, so it’s best to avoid using them. Similarly, you also need to be mindful of how much tea you’re drinking. There is 26 mg of caffeine in a typical cup of tea. The Food and Drug Administration (FDA) recommends limiting caffeine consumption to 400 milligrams per day. It’s important to remember that caffeine is present in other drinks, as well as food, including coffee, chocolate, soda, and energy drinks.

Tea is a healthy drink to consume. There is plenty of evidence to show that it can extend the length of your life and protect you from some serious health complaints. But you do need to make sure you don’t over-indulge in this delicious beverage.