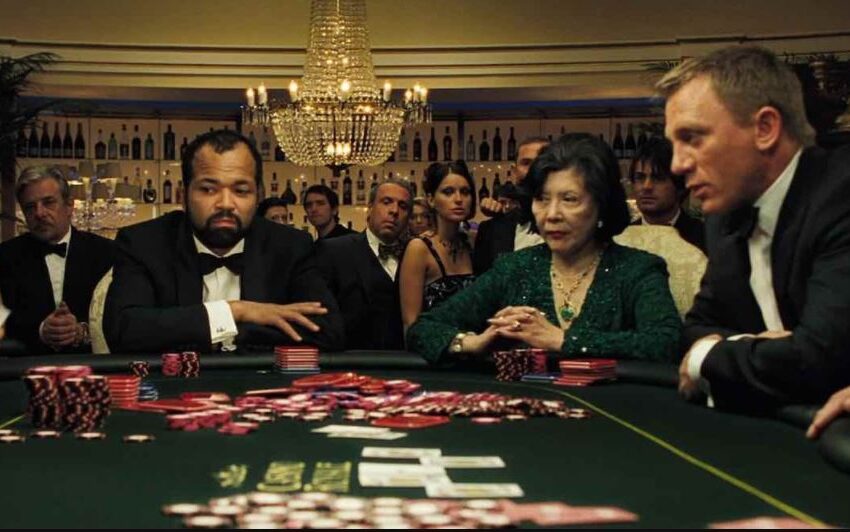 Online slots are extremely popular these days, and having a blockbuster movie title illuminated on your new slot should entice movie buffs to play the game. There are several movie-themed slots where the developers have simply opted to add characters, sounds, and symbols from the movie to a formulaic slot and hope that’s enough to keep fans of the player interested. Yet, other game developers try to create something that employs features of a beloved movie to great effect and makes for an engaging gaming experience. 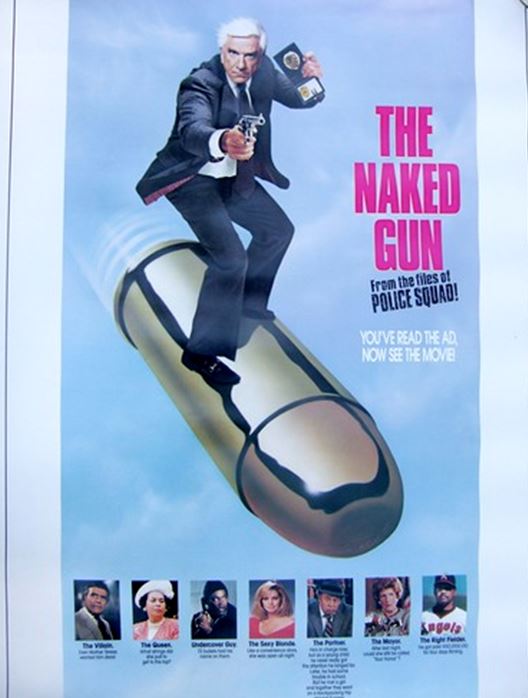 Spawned from the earlier television series Police Squad! this series of crime comedy movies had three venerated hits with The Naked Gun: From the Files of Police Squad! (1988), The Naked Gun 2½: The Smell of Fear (1991) and, Naked Gun 33⅓: The Final Insult (1994).

These movies might not be an obvious choice for slot development, but many still revere the late Leslie Nielsen and his movies have a large cult following. There are several online slot games to play in the online casino sector, with unexpected movie tie-ins, such as Austin Powers and Ted. The backdrop for this slot is the famous and cluttered police station office. There are several recognisable characters including Jane Spencer (Priscilla Presley) and Frank Drebin (Leslie Nielsen) and the features are police procedures related, with Crime Scene and Stake Out free spins, among others. What makes this an exceptional movie-themed slot is that the developers have tried to give the game a slapstick nonsensical feel. It feels a little absurd, and that makes it a true tribute to the movies. 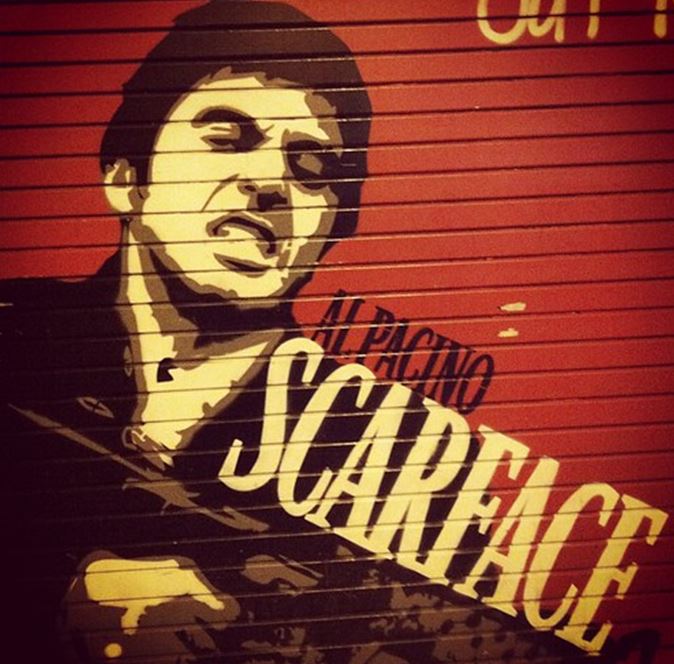 Directed by Brian De Palma in 1983, this classic gangster movie pennied by Oliver Stone is another that enjoys cult status. It follows the journey of Tony Montana (Al Pacino), a penniless refugee who comes to Miami during the eighties, to become a mighty drug lord seems a perfect fit for a progressive slot.

If you add in chainsaws, machine guns, and famous quotes, it’s clear why Net Entertainment sought to strike a deal with Universal Pictures to create the Scarface slot. Tony Montana is central to the gameplay and thus Al Pacino will appear in many of the cut scenes that make this stand out from other movie-themed slots. This one is actually a little dated now and is only included here as it showed what is possible with a classic movie to slot tie in. Hopefully, NetEnt will develop a new and updated Scarface slot soon.

The Mummy: Books of Amun Ra

This slot is the officially licensed game for the 1999 action-adventure The Mummy. The movie stars the once-ubiquitous Brendan Fraser, Rachel Weisz, and John Hannah. This surprise hit told the story of the fallout after treasure seekers accidentally awaken a cursed mummy with supernatural powers.

The Books of Amun Ra featured in the movie and have been used by Playtech to create an action-packed slot game. As you would expect, there is a heavy Egyptian theme, memorable characters, and various objects from the movie, but it’s the first-class graphics and animations that make this memorable. The actual Book of Amun Ra appears in creating wild and scatter features and this is really the latest iteration of classic movie and modern tech combining to create a great slot game.

Online slots have become vastly popular over the past few years and while the multiple payment methods, incentives to win, game mechanics, and bonuses are contributing to their popularity, a classic movie tie-in can be particularly alluring.

To expand the audience of regular slots players, game developers are increasingly turning to Hollywood and throwing money at the big movie studios to gain permission to build a slot around a classic movie with a dedicated following. These are some of the popular tie-ins we’ve seen to date, but expect many more in the future.