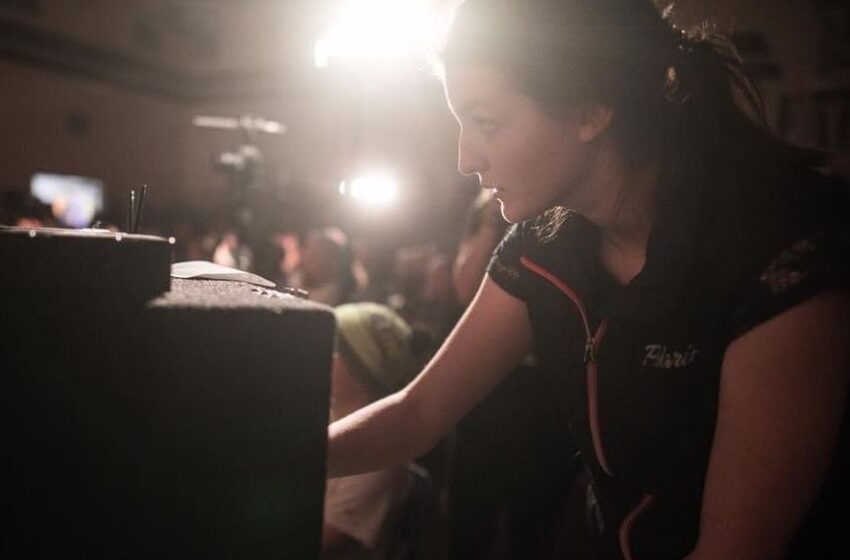 Theatre is a great part of New York City, with Broadway leading the art scene every season. Playwrights, actors, directors, producers, and other crew members have the advantage of thriving in this city more than any other place in the world. From the script to the stage, every person who is involved in a play is incredibly exquisite in what they do, as they bring stories to life; stories that inspire us. Stories that inspire writers to be better writers, and artists to become more magical at what they do. Whether or not everyone knows the theatre technician or designer, they have a key role in making your favorite plays magical and mystical, the way you leave a play feeling those outbursts of emotions you feel. At New York Art Life, we are dedicating this post to a special artist.

Kenzie Bowes is a Theatre Technician and Designer based in Alberta, Canada. She received her training from many projects that she worked on within her area, and she has her eyes on other cities and venues in the future. Kenzie has an extensive list of projects that we will introduce to you, but the reason why her work stands out is due to her interesting connection to light, and the way it affects a play. For Kenzie, theatre and every work of art have a deep and direct connection to light. She finds the process of light coming into play similar to the way it affects paint. It is evident that light will affect a painting in many ways; it will influence color, inform the shapes, and define shadows and silhouettes on a basic level, but it also affects the mood and intensity of a picture being painted. For Kenzie, that is similar to a play.

There are many ways light can enhance a scene within a play. The colors, values, hues, and intensities of light depend on every moment and scene within a script. So for a theatre technician and/or designer, it is very important for them to be connected and in sync with the play and the script in order to bring out the scenes to life in a correct and artistic manner. For Kenzie, the first few weeks of designing a play and working out the technical aspects are understanding the play, the setting, the time frames, as well as the mood and theme of the scenes within it. Then, she works closely with other designers, and technicians, and even places herself in rehearsals and tech days to make sure the design for the play works and all the logistics are planned out accurately. Her training and unique experiences have given her success and profound love for the craft.

Kenzie worked as a technical director for a play called DSRIP in Alberta. She was in charge of most of the technical aspects of the play and worked closely with the director and playwright in setting the theme of the play in a way that locked in the audience in every beat. For this project, she was able to get the work done very smoothly as she has a great understanding of sound and lighting consoles, which are necessary for every set design in a play. But there are also other skills such as hanging and focusing lights which are useful for a designer to know. While there are crew members who are always present and assist with these jobs, Kenzie also believes in participating in those steps too to make sure her work has been done flawlessly.

Kenzie’s one-of-a-kind connection with lights has also landed her many projects involving lighting design for awards and showcase ceremonies. This is an intriguing project for her as it is a bit different than designing lighting for a play. In this scenario, the lights also have to be aesthetically and visually pleasing to the guests and award show viewers. She assisted in technical duties at Calgary Fringe Festival for three consecutive years in 2016, 2017, and 2018.

Following her work with the Calgary Fringe Festival, Kenzie learned that she has an admiration for sharing her lighting design work with an audience. Plays and shows are the first stop for that goal, but so are festivals. She went back to theatre design within the same year, working on a play called Monolith. She recalls how the lighting and stage design was very intense, which she loved. She finds harmony in creating a balance between festival lighting work, as well as designing lighting for a play. For Kenzie, there is an interesting contrast between the way she goes through her creative process for each project. While both scenarios are audience-based, designing lighting for a play also does depend on a full script, and continuous emotional responses from actors. She always admires the way light can affect these things. In 2019, she was in charge of lighting technical works for a play called God of Carnage in Alberta at Bleviss Laboratory Theatre. In the same month, Kenzie also designed lighting for She Kills Monsters, where she presented her brilliant execution of full-length production on lighting.

As Kenzie has a masterful touch in designing lighting, she gradually became head of lights in two projects that highlight her career. In late 2019, she designed lighting and took full charge of lights for the play, Welcome to Thebes at Abbedam, and instructed her crew in assisting her. She truly brought the colors and shadows of the script to life with her fantastic work. She was also the head of lights for Belleville the next year, returning to Bleviss Laboratory Theatre. She continues to practice her craft and is working on bringing different and fresh elements of light to the stage life, and always brings the play’s audience to the masterful lighting design. Kenzie is now currently assisting with sound design at Citadel Theatre. For her, the experience is something she continuously finds amusing and challenging and gives back to the theatre with every design for the stage.

Kenzie is truly an artist that portrays her skill through the execution of her brilliant ideas and is able to create an ideal collaboration with the playwrights, directors, and crews she has teamed up with.