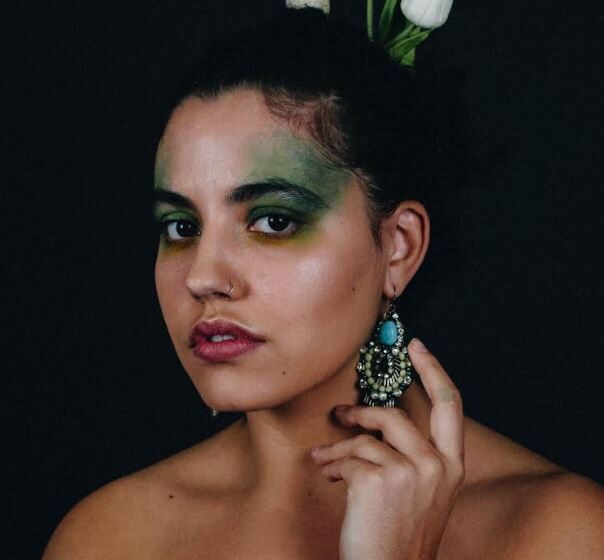 New York Art Life loves to feature artists that are constantly on the move. Artists that are hungry for more, those who will not stop. These artists make a difference in their field and the lives of others who witness them grow and touch the viewer’s lives on a personal level. Beatriz Castro is one of those artists and a person we’re excited to introduce to you today.

Beatriz Castro is a performer, choreographer, and movement instructor based in New York City. Throughout her career, she has collaborated with notable dancers and choreographers such as Chase Brock, Sidra Bell, Anthony Morigerato, Earl Mosley, and Tami Stronach.

He over 20+ year career, began when she was part of the end of year performance at the National Auditorium in San Jose, Costa Rica for the classic ballet “Le Petit Pas.” Then she performed The Sleeping Beauty of the Forest at the National Theater of San Joe, Costa Rica, as well as The Nutcracker at Motion Dance Center in the same city the next year. Beatriz returned to the National Auditorium to perform Movement Cascades, which included soloist and ensemble roles. The next year, she performed a role in the Sound of Music at the same venue.

Beatriz believes in being an active part of the dance society. That explains her continuous role in many recitals, repertoires, and ensembles wherever she is based in. She has consistently performed ballet and tap pieces for an End of Year recital at the National Theater in Panama City. She enjoyed tap dancing so much and recalls another fun experience at the Teatro Melico Salazar in San Jose. This was part of Repertoire 2010. Shortly after, she was part of C’est La Vie at the same venue. Teatro Melico Salazar brought her to the stage many times in 2011. First, she was a performer for jazz and tap pieces for Touchant, and then appeared in contemporary, tap, and jazz for Times. These performances continued in 2012 when hip hop was also added to the pieces for Games, another one of her dance appearances. All these roles were part of her work with the Jazzgoba Dance Academy.

In 2015, Beatriz became familiar with Dana Metz, Anthony Morigerato, and Andrew Winghart who were the choreographers of Troupefor the Dance Awards Closing. The show was performed at the Eugene O’Neill Theater and included styles of contemporary, jazz, and musical theater dance moves, Andrew Winghart directly choreographed Beatriz in a masterly and absolutely sublime way.  Show where Beatriz performed as a nominee for the Best Grouped Performance. After many back-to-back performances, Beatriz began to know that dancing and performing had become the true center of her life. It was something she could never leave behind while being in the middle of it.

Additionally,  she performed at the Guggenheim and 24 at the Coca Cola Amphitheater. Guggenheim included more contemporary, ballet, tap, jazz, and hip hop whereas 24 also had hints of Latin ballroom dance style. Then, she was part of a Company Showcase where she received incredible choreography direction from Dana Wilson, Anthony Morigerato, Lauren Adams, Rachel Kreiling, and Core Snide; all wonderful artists and choreographers who impacted her experience as a dancer. This role was also performed at the Eugene O’Neill Theater.

After several years of excellence and non-stop performances, she began exploring the medium of dance as a way to express societal roles and personal levels of womanhood. She performed with an ensemble as part of the TED Llorente Women piece, where women were studied in their relationships with society, their families, and themselves. In the same year, she walked and performed in the Mercedes Benz Fashion Week of San Jose for Alba Sportswear. This was her first runway performance.

Beatriz interest in dance and its many complexities began to grow and blossom as she acquired an ensemble role in The Modern Prometheus which was directed by George Miller. This was a contemporary opera piece choreographed by Emma Morrison. After this role, Beatriz began reflecting on their accumulated experiences as a performer. She had received training and choreography from the best artists within the most notable venues and began teaching dance and choreographed many performers herself. Her first experience was at the Costa Rica National Theater for the Festival de CoreografosGracjela Moreno which is the longest-running contemporary dance event in Costa Rica. This was where she was able to successfully combine her dance and choreography career, by performing a self-choreographed piece as a soloist.

Then the pandemic hit. The dance industry, like many other artistic industries, was hit by the pandemic and cancellations of events and performances. However, Beatriz did not stop exploring her own world of dance and continued the reality of that exploration. Recently in 2022, she had many successful performances. The first one was Whistle / Mariposa a quartet presentation at Arts on Site and The Emerging Artists Theater New Works Series in Spring. The second one was Receipt Paper Dialogues, an improv installation that premiered at Fabled Narcissism. The performance will also be presented at CREST Fest and Movement Research. The next and most recent was Random Acts of Flyness, a show on HBO. Beatriz performed the role of a dancer directed by Terrence Nance. She will also be performing a new role in an upcoming play.

Beatriz continues to pursue the performance and dancing dream and as of 2021, has been a company member of Spark Movement Collective and Verbal Animal. All of her work displays dance and performance excellence and she exhibits the true wonders of the art, and as a great artist, she inspires her peers and competitors alike.