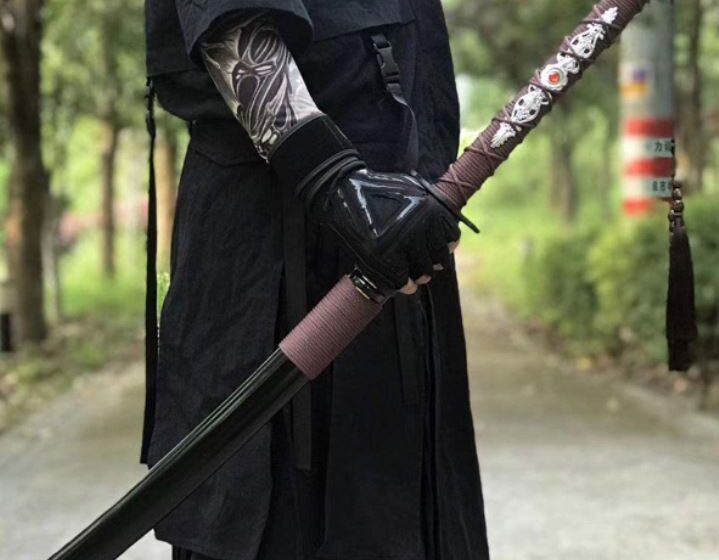 Are you someone who is interested in ancient swords? Do you wish to know more about the differences between a katana and a samurai sword? If your answer to these two questions is yes, then you have come to the right article. In this article, we will be mainly focusing on two ancient swords and talk about their physical differences.

As we all are aware, the samurai swords date back to the ancient times of japan when soldiers and arms men used them in battles and wars. One of the great things about samurai swords that make them stand out from the rest is that they are made up of intricate details.

A traditional samurai sword can take up to 18 months to make, which is quite a lot. Besides this, a samurai sword has a unique grip with many elements such as makidome, Tsuka, Kashira, Same hada, menuki, Nakada, and much more.

When it comes to the differences between these words, it is important to know that samurai swords are composed of a few elite and were owned by the ruling class of the ancient people.

The katana sword is a type of samurai sword as it is characterized by having a curvature of 1 inch and is typically handled with two hands. Besides this, a katana sword has a single-edged blade that forms a circle or sharp square at its hilt.

Many people prefer katana swords over other kinds of swords because of their heavyweight, which helps for a grip and attack on an opponent. Usually, a katana sword has a weight between 1.1 to 1.5 kilograms.

The sheath of the blade comes in lacquered wood; however, some parts are covered with fish skin that is covered with a brass and copper finishing to give it an overall elegant and textured look. It is the sheath that makes for a good and distinctive sword as it gives definition and an aesthetic look to the samurai sword.

One of the great things about samurai swords, whether it be a katana or any other sword, is that they have distinguishable features which truly make them stand out from the rest. Some of the features that every samurai sword has are Fuchi, Tsuba, Habaki, Nagasa, and Ha.

A tsuba, also known as a decorative hand-guard, is made with intense care and has intricate details, and sometimes can be more valuable than the blade itself. As of today, the value of tsuba varies greatly, but most of them are sold for thousands of dollars due to their powerful and enchanting look.

Overall though, it can be said that these ancient swords hold an immense value to not only the descendants but also to the general population around the world. Since these swords are made with intricate details and countless hours have been spent to perfect every edge, these samurai swords are ranked amongst the highest in terms of their rich history, value, and powerfulness.