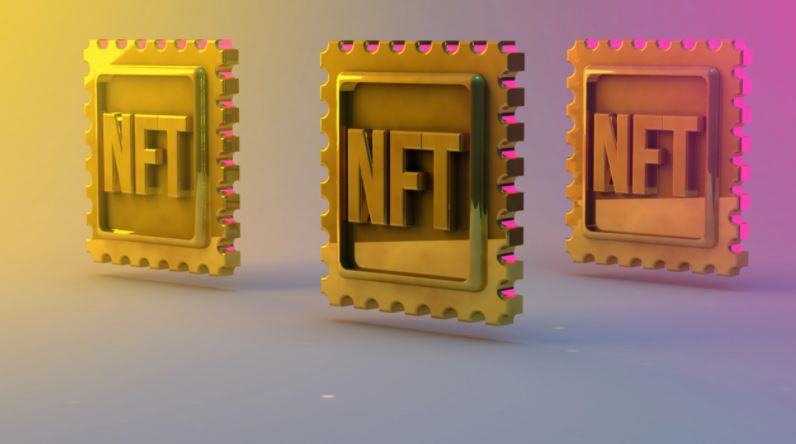 In the past few months, it’s been nearly impossible to browse the internet without having heard of NFTs.

NFTs are short for non-fungible tokens. They’re digital content linked to the blockchain, which is the database that is the basis for cryptocurrencies such as bitcoin and Ethereum.

Most straightforwardly, NFTs convert digital artworks and other collectibles into one-of-a-kind tangible assets that can be traded on the blockchain. They’re all over the place.

Digital artist Beeple could sell the NFT worth more than $69m. The first tweet from Twitter, its founder Jack Dorsey fetched $2.9 million. Everyone from Kings of Leon to the toilet paper manufacturer Charmin has joined the bandwagon.

Like any other emerging technology, there are downsides to it. Some of them are being demonstrated in real-time as NFTs become more popular. This is triggering an old-fashioned debate: the proponents and those who support them say that the negatives are just a sign of growing problems. At the same time, critics argue they’re highly risky and refer to NFTs as an imminent bubble that’s about to pop.

By assigning value to objects that are often solely in the online universe, NFTs have proved to be an enormous boon to digital artists, in particular.

“Before today, I didn’t claim that I could provide food for my family by the work I do. Digital art has transformed the way I think about it,” said Osinachi, a Nigerian artist who creates work that uses Microsoft Word and recently sold the portrait of Kobe Bryant for $28,077.

Many doubt the capabilities of NFT and its role in the future development of the digital universe, often mentioned as a Metaverse. However, an increasing number of companies are investing in building the utility NFT projects that prepare for the emergence of Metaverse. Many have already started building metaverse advertising platforms, metaverse studio labels, NFT houses for Metaverse, etc.

However, not all have enjoyed the same kind of experience.

In the last month, Corbin Rainbolt, a young digital artist who often publishes his work via Twitter and Instagram, discovered at least two of his artworks being sold to NFTs without his knowledge or consent. Corbin Rainbolt blocked his NFT accounts he discovered; however, he isn’t sure whether there are any more.

Rainbolt, who creates digital art of prehistoric forms and then shares his work on social media, has deleted his most recent work from Twitter and republished the work with a watermark to stop it from being taken away again.

“I have a good understanding of painting and paleontology, but the inner workings of the crypto art world is completely a mystery to my mind,” he added.

Rainbolt’s situation highlights one of the major problems of NFTs that anyone can claim a digital image or artwork as theirs by attaching an inscription regardless of whether they make the image or painting. While every transaction on blockchains is publicly recorded as an unchangeable ledger, there are no requirements for users to attach their personal identities or names to those transactions, making it difficult to seek recourse in case your work is stolen or stolen.

“Generally being, when trying to protect every legal right, and not only the IP right, it is essential to be aware of who you can defend against,” said Rebecca Silverhart, an intellectual property lawyer from the Toronto-based law firm Heer Law. “The principal problem of blockchain technology is that the majority of users are anonymous. If not all, or essentially all are anonymous, therefore, to enforce any legal right is a challenge.”

Of course, some artists have to use NFTs to authenticate their digital works, which they previously were unable to. However, authentication is a kind of honor system that presumes that whoever creates -“mints” or “mints” -the NFT is the creator of the attached artwork.

Advanced Security Certification Program. “The system won’t work if the first person who mints an NFT for the digital asset is acknowledged on the blockchain as the owners,” said Neil Daswani, who is Stanford University’s co-director. “Having a reliable method to confirm whether ownership of the asset is genuine as a part of the creation of an NFT could be a crucial aspect of the issue.”

Platforms like Nifty Gateway provide users with an opportunity to challenge for alleged copyright infringements within their conditions of service, however without an authorized trademark showing you invented an online product before others can be challenging. It could pit the creator’s words against a record of blockchain transactions that claim to be different.

The primary issue is that a blockchain is not centralized, meaning that anybody can make the NFT and a cryptocurrency with little supervision. As Rainbolt discovered and experts say, there’s no central authority to contact with any complaints, and the process of determining what laws in the real world could apply to disputes involving blockchains is extremely complex.