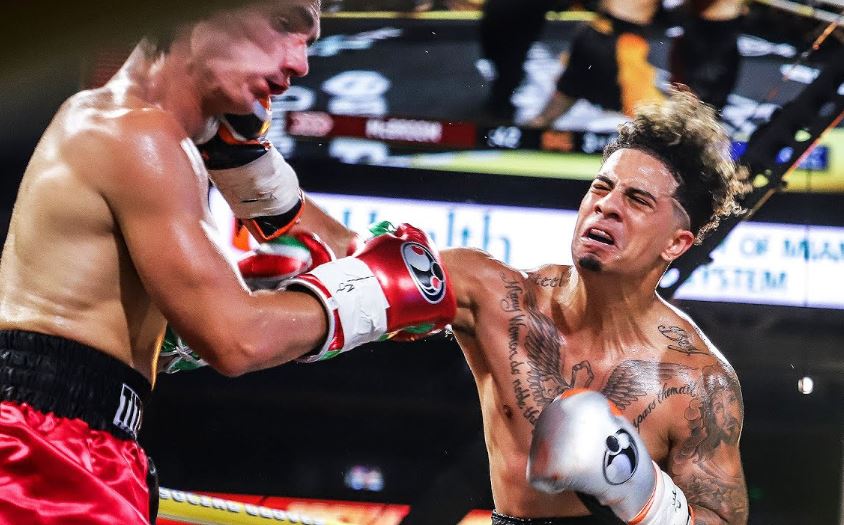 Finally, there’s a winner in the YouTube vs TikTok battle. So, in this article, we will tell you who won the Austin and Bryce fight? And also tell you everything about the fight that you need to know.

In the platform battle, various influencers from TikTok and YouTube fight each other through the match of boxing. But the main fight was between Austin McBroom from YouTube and Bryce Hall from TikTok. The main thing is that they both made a lot of money from this match. So, read the entire article to know the entire details.

The clear answer to the question is Austin, he won the fight. The animosity between the two had been building for a long time, and both were certain that they would win. So, after finishing the game, Austin was the only one left with the title of winner.

Austin had previously stated that he was concerned about the safety of Bryce’s at the time of the match. He said to TMZ: “If he makes it to the second round of fighting, then he will be lucky. If not, the fight will end there for him”.

Bryce had also said in one of his interviews that he was not worried about Austin and that he would definitely win the match.

But, in the end, Austin was the one who came out as the winner and he was very happy about it. He even said that he would like to challenge TikTok’s next big star, Charli D’Amelio, to a fight.

Because of the Austin and Bryce fight creators of YouTube won over the creators of TikTok. The first fight between YouTube and TikTok content creators was between Ryan Johnston vs CaleSaurage. In this fight, Ryan won after competing in five rounds and this was the first win for the YouTube content creators.

Because of the first fight the YouTube content creators are focusing on winning the other fights like the DDG, McBroom, and Faze won their fights. Because of their winning the TikTok creators lost the winner title and these are Michael Le, Nate Wyatt, and Ben Azelart.

But TikTok also won their fight when the Vinnie Hacker TikTok creator defeat Deji. Next, the fight between the Tayler Holders and AnEsonGib ended with a draw. But the Bryce Hall and Austin Mcbroom was a previous fight and YouTube content creator Austin won this fight. In this way, YouTube is a winner and won the six matches.

How much did Bryce Hall earn from this fight?

In his match, Bryce Hall disclosed that he would receive $5 million. From the instant, he walked into the arena in this confrontation. He uploaded a photo of what he said was his USD 5 million contract, and he repeated the claim subsequently on a No Jumper interview.

In a recent interview with the No Jumper, Hall stated that he would earn 4% of pay-per-view sales along with the $5 million contract. He will get a bonus of one million dollars if he is eliminated.

How much did Austin Mcbroom earn from the fight?

According to the report, Austin Mcbroom earned a total of $5 million from the fight. He also receives a bonus of $1 million if he is eliminated same as Bryce Hall.

So, Both Austin Mcbroom and Bryce Hall earned a total of $5 million from the fight. They also received a bonus of $1 million if they were eliminated.

So, after reading the entire article you know about Austin Mcbroom and Bryce Hall who won the fight. In the race of winning the fight, the YouTube content creators won. So, they are the ones who are victorious in this entire situation.