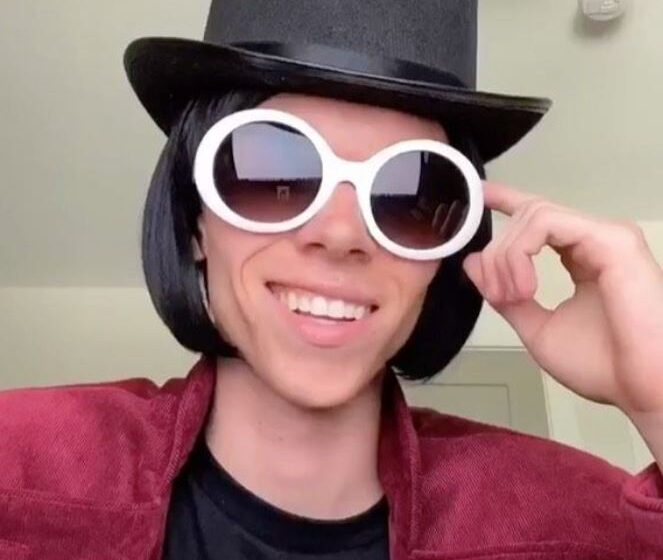 There is a fine line to distinguish between bad and well-intentioned posts on the internet. It’s all about nuance on social media—which might be either intelligent or stupid. When introducing new material, all the social media influencers note this since they don’t want to annoy anybody or a particular group of people. Influencers on social media understand this truth and are why they chew their words before uttering them. This isn’t the case with a particular TikTok celebrity, Duke Depp.

When it comes to expressing his thoughts, Duke Depp is otherwise a cautious guy, but he has slipped up. However, Duke Deep is also known as the Willy Wonka. If we talk about the TikTok account of Willy Wonka, then it contains more than 14 million followers. The various personalities he portrays on the same app are a big reason for his popularity. There have been several stories lately that claim Willy Wonka’s TikTok account has been terminated. I will tell you all about why Willy Wonka TikTok was canceled in this post.

Who is Duke Depp?

On TikTok, Duke Deep is also known as the @willywonkatiktok, and he is very famous among the people of TikTok. After releasing the Charlie and the chocolate factory film Duke Deep dressed up and pretended to be the Willy Wonka of the film. TikTok’s 19-year-old Utah native Keaton Dine has amassed a following of 14 million people for his parodies of the film character. He’s a verified user with that coveted blue check after his name.

However, Duke Deep looks the same as the character in the film that Johnny Depp’s played, but the reality is that this character is a little scary. He also has a personal TikTok profile with over 3 million followers. When He was not in the character costume, he also posted his original pictures on the @dukedepp TikTok profile.

Why is WillyWonka tiktok cancelled?

Willy Wonka is a colorful character that operates a popular TikTok channel. To grasp my meaning, go to his TikTok channel; you won’t be bored for a minute. He has a lot of die-hard fans because he is so kind and attentive to them. A fan taunted him in a recent video on TikTok, claiming that he cannot speak Spanish.

The fans noted: “Can Mr. Willy Wonka speak Spanish?” Some people took it to imply there was something to be learned, but Willy Wonka used it in his new TikTok video. He published a film in response to the issue addressed in his previous video. The song “Un Poco Loco,” from the Disney film Coco, played in the background as he began his video. “Yo soy Willy Wonka, so?” he yelled into the microphone while the song played. He said, “Though I can’t speak Spanish, I wanted to learn it.”

This video appeared to be an average response to a preliminary remark, but the rapidly active social media users perceived racial prejudice in it. Following the film’s conclusion, these individuals have called for TikTok Willy Wonka cancelled. Some argue that labeling such activities as “racism” is not only ineffective but also harmful.

They claim his speech portrayed harmful stereotypes regarding Spanish languages in English-speaking nations. Since issuing such a statement, Willy Wonka has erased the film from his account and expressed regret for his actions.

Willy Wonka has published a new video apologizing for his previous actions. He claims that he did not mean to offend anyone and is sorry for any hurt he may have caused. This comes after Willy Wonka’s TikTok account was canceled due to his offensive videos. However, he said I apologize for a TikTok video I made a few days ago that was “Willy Wonka Speaking Spanish,” guys. “It was uncalled for, and I’m sorry to anybody that I offended or anyone whom I stereotyped within the video,” he gave this statement with the help of his Instagram story video. “I apologize wholeheartedly because that was not the purpose of that film,” he added.

He released a similar statement on Twitter: “I apologize for my Spanish-speaking video on Tiktok,” he tweeted this. He also said that “When I watch back the video I completely understand why this video is not correct”. I apologize to anyone I may have offended with the video, and I swear I will do better in the future.”

Willy Wonka’s fans have taken to social media to defend his account after it was “canceled.” They argue that the film was meant to be light-hearted and that the character is not intended to be taken seriously. Some have even started a petition to reinstate Willy Wonka’s TikTok account. As of now, it is unclear why Willy Wonka’s account was removed from the platform. TikTok has not released a statement on the matter.

It is possible that Willy Wonka’s account was removed due to violating TikTok’s community guidelines. The platform has a strict policy against derogatory, hateful, or otherwise offensive content. Willy Wonka’s fans are hopeful that his account will be reinstated soon. In the meantime, they continue celebrating the character and his films.

The Willy Wonka film is often mentioned when someone asks about videos in which the famous TikToker attempted to speak Spanish. Many netizens were furious with him for creating the wrong reflection of a specific individual. Calls for his cancellation have been circulating on the internet, but Willy Wonka’s timely apology following all that went wrong prevented him from being erased from social media.

It seems that he has been given another chance; it’s reasonable to assume that he will continue to produce fresh material on TikTok for the foreseeable future. However, we can’t help but wonder if he’ll be more careful with his words and actions from now on. What do you think about this? Let us know in the comments below.