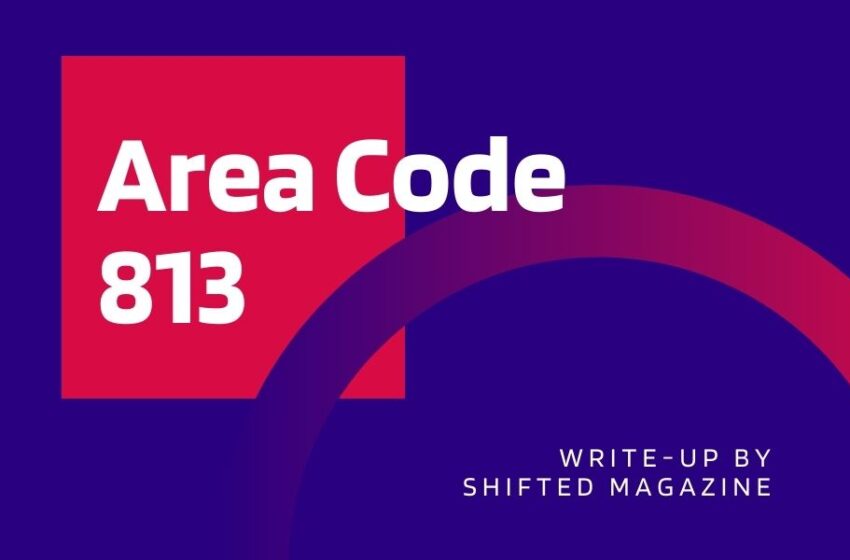 If you have ever visited the Tamba bay area, the chances are you must be aware of the telephone numbers and area code of that region. Yes! According to the North American Numbering Plan, 813 is the area code used in Tempa and neighbouring areas Zephyrhills and Oldsmar. Hillsborough County, Pinellas County, and Pasco County (Central/Southeastern) all are assigned with the 813 area code.

However, as the population and the usage of telecommunication is skyrocketing, area code 813 will have the entirely exhausted central office prefixes. So in order to move further, an overlay plan is introduced. Area Code 656 was issued as the overlay plan with 656. It will be an initiative in mid-February 2022.

Different numbers mean different aesthetics and memory. A new beginning for all the local callers of this region started as the new longer version was selected to overlay traditional ones. In contrast, the typical 7 digit number for local calling will only be seen until January 2022. After that, 10 digit numbers will be used to replace the 7 digit scheme.

Contents hide
1 History of Area Code 813
2 What are area codes? Where is the 813 area code?
3 Other Area Codes in the Florida State
4 Some of the important area codes in the regions are

The 813 is not the area code of the region from the beginning of the NANP numbering scheme. In 1953, besides 305, area code 813 was assigned to the gulf area (from Pasco County to Collier County) as the secondary code. Other areas such as Lakeland, Sarasota, and St Petersburg were also included in the plan

In the 1990s, due to the population boom and commercial usage, the demand for telephone numbers was more than ever. That’s why the 813 area code getting closer to the exhaustion and another area code 727 is decided as an overlay plan for the region to entertain the rapid growth of cellphone as well as pagers. However, because of the sophistication of the overlay process, and the ten-digit number requirement, the plan faced firm resistance. However, some areas were split where area code 727 was assigned.

Fast Forward 2020s, as 813 is again on the verge of exhaustion at the end of February 2022, the new proposal is taken forward by the administration. The “All Services Overlay” put forth by NANP was taken into consideration and later approved by the Florida Public Service Commission in 2020. When all the central office prefixes under 813 will reach complete exhaustion. The area code 656, a ten-digit number, will be live to serve all the customers.

What are area codes? Where is the 813 area code?

What are the area codes? How do we define what area comprises? Is there a way to describe area code 813 location? Yes!

Telephone administration uses practical strategies for the efficiency, structure management of the whole numbering system. Countries with large geographical sizes are divided into different sections that are called geographical areas. It offers advantages of independent management, by subdividing states, provinces, and territories the infrastructure of the system can be effectively managed.

It all started with the Nationwide Numbering plan in the times of bell systems around the 1940s. Until the 1940s, There were many different numbering plans; AT&T initiated the to unify the diversity of the local numbers system. It was initiated in the Bell system era and continued until it became obsolete and replaced with emerging computerized technology.

The United States and Canada were separated from the unified system by AT&T for the better execution of Numbering Plan Areas (NPAs). Later, the NPA called simply Area Codes, a prefix in every calling number according to the service area. A unique 3 digit number is assigned for every region of the country according to the numbering plan.

Other countries use different structures for area codes. Some use only 2 prefixes, and others as many as 5. For example, Germany uses 2 to 5, Peru 1 to 2, and Japan 1 to 5.

Other Area Codes in the Florida State

Besides the West Coast 813 area code location, other important locations were assigned area codes in the first number plan in 1947. For example, in 1965, the administration designated area code 904 to northern Florida. Whereas, the Orlando area was assigned with the familiar area code 407.

Due to the massive tourism, urban population, migrations, and commercial interest in the Florida state, an enormous magnitude of people expanded the population of the state. Hence, most of the area codes we see around Florida came up in the last two twenty years or so. Furthermore, many new area codes also emerged to address the needs of overlaying existing area codes due to exhaustion. 448 is an overlay area code of 850 for the Orlando metro area. The most recent assignment is Area Code 689 in many areas of Florida.

Some of the important area codes in the regions are