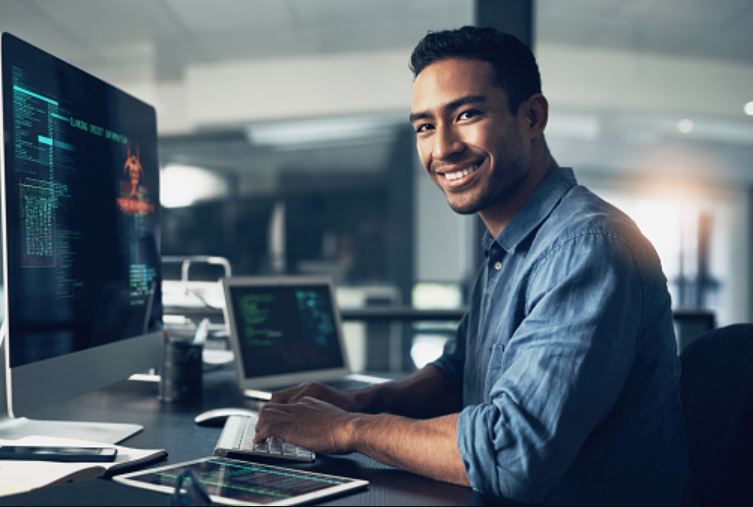 Contents hide
1 Who can become a programmer
2 Trial period: is programming mine or not mine?
2.1 There are a few basic rules to follow when choosing what kind of programmer you want to be:
3 Web development.
4 Mobile development.
5 Desktop development.
6 Game development
7 Data Science

Who can become a programmer

Employers don’t care what kind of diploma you have or whether you have one at all. What matters is what you know how to do and what experience you have.

Trial period: is programming mine or not mine?

Where to start? Some professions can be mastered quickly. Programming is not one of them. Even if you want to master it quickly, it won’t work that way. To become a programmer, you will have to study for at least a few months. Including, independently. Where to start: we advise you to first try to understand whether the profession of a programmer is suitable for you or not. To do this, you can use the simplest technologies from the world of development and programming that you can quickly master: HTML and CSS.

HTML and CSS are not yet full—fledged programming languages. Rather, it is a set of special commands. They “show” the browser how the objects on the page should look.

Before becoming a novice programmer, try to start your own immersion in programming by learning HTML and CSS. There are many free courses on these tools on the Internet. Everyone can master them. HTML and CSS can be learned in a few days. This will help you answer the question: “Is programming right for me?”.

There are a few basic rules to follow when choosing what kind of programmer you want to be:

Choose popular programming languages. Why do you need a technology with which you will not be able to get a job as a novice programmer?

Don’t chase after the most complex programming technologies. It is better to increase the level of difficulty in programming gradually.

Focus on the direction of programming that you want to do when you become a novice programmer.

No matter what kind of novice programmer you want to become, you need to adhere to the main directions in programming for 2022:

If you want to become a web developer and program websites, then learn JavaScript, Python, or PHP.

Creating apps for Android and iOS.

If you want to program for Android, then learn Kotlin or Java. If under iOS — Swift.

Programs for Windows, Linux and macOS.

If you want to program for Windows — learn C#, for macOS — Swift or Objective-C, for Linux — C++.

If you want to create games, then learn C++, C#, Lua or JavaScript.

If you can’t choose where to start and which direction to become a novice programmer, then choose one of those indicated in the screenshot below.