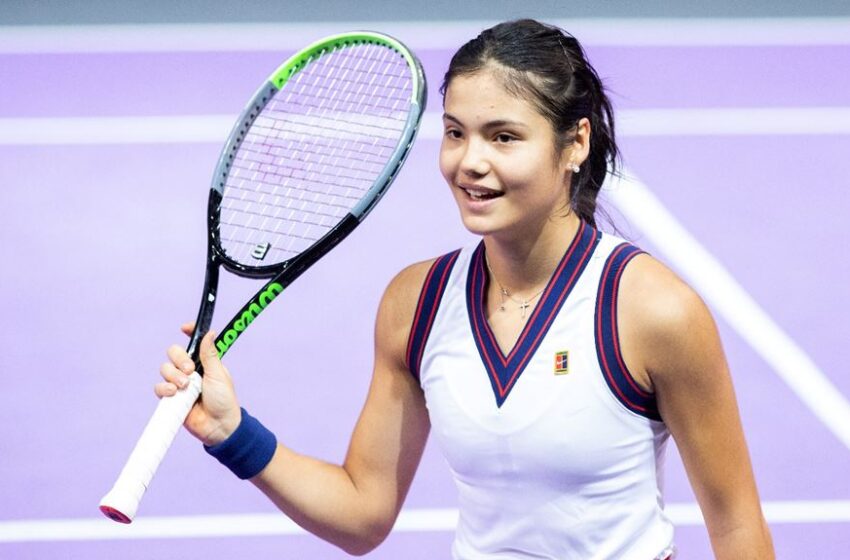 It’s hard to believe it has almost been an entire year since Emma Raducanu’s incredible rise to superstardom — becoming the first person to go all the way and win the women’s singles of the US Open from the first round of qualifying, not even dropping a set before defeating fellow teenager Leylah Fernandez 6-4, 6-3 in the final at Flushing Meadows.

The 12 months that have followed have not been easy for Raducanuphysically or mentally though. Thrown into the media spotlight at such a young age, the 19-year-old has faced a lot of criticism for her below-par form, decision makingand knack of ploughing through coaches — with the hiring of Russian trainer Dmitry Tursunov the latest topic she has been scrutinised for.

But it must be remembered that this is a young woman still trying to learn the ropes of professional tennis and it could take her a while to truly find her feet. In fact, you could perhaps argue that her US Open triumph came too soon in her career as people’s expectations have been increased, along with her public interest levels.

Incredibly, despite that Flushing Meadows success last September, this is still only her first full year on the tour and while it certainly hasn’t gone as expected for Raducanu, there is still a slight glimmer of hope that she can defend her US Open title in New York City — even if the US Open betting odds aren’t in her favour, with the bookies giving her an outside chance at 25/1.

Injury took its toll on her grass court season and she will be hoping to finally enjoy some success on the hard courts stateside after such a torrid maiden year on the WTA, and while the appointment of Tursunov is a controversial one outside the world of tennis, it could prove to be an inspiring one as she begins her American tour.

The Russian most recently worked with AnettKontaveit, helping take the Estonian from 26th in the world to a career high of second after winning titles in Cleveland, Ostrava, Moscow and Translyvania before losing the championship match at the prestigious WTA Finals to Spaniard Garbiñe Muguruza in straight sets.

After he openly criticised Raducanu’s coaching decisions over the last year, claiming that he ‘would tremble with fear’ if someone from the Briton’s team called him and asked him to coach her, it’s an interesting appointment.But other than the political issues it may cause, you can’t really blame Raducanu for wanting to work with the Russian at this stage of her career after what he achieved with Kontaveit.

The good news for Raducanu is that she will have build-up tournaments in the US to help get her ready for the defence of her title — starting with the Citi Open in Washington. That is preparation that she didn’t have last year and it could be prove vital to getting her back to full fitness. And she’s certainly excited for what lies ahead.

“I am looking forward to going into the hard-court season because all of the tournaments leading up are brand new to me,” the 19-year-old said. “It’s my first time playing them and they’re all really good and big tournaments. So, it will be great to just get experience at each of those.”

“And going into DC I feel like I haven’t played since Wimbledon and I’m probably a bit light on matches but it’s a great place to start building and start working on, and whatever happens you’ll see ‘oh okay, I need to do this better’ and just adjust week to week. And then hopefully at the US Open, you’ll have a better understanding of where your game’s at.”

It would be a real surprise to see Raducanu defend her US Open crown on current form, but with a good run in to Flushing Meadows and a new coach potentially able to get the best out of her, you can’t rule her out. After all, she has upset the odds here before.