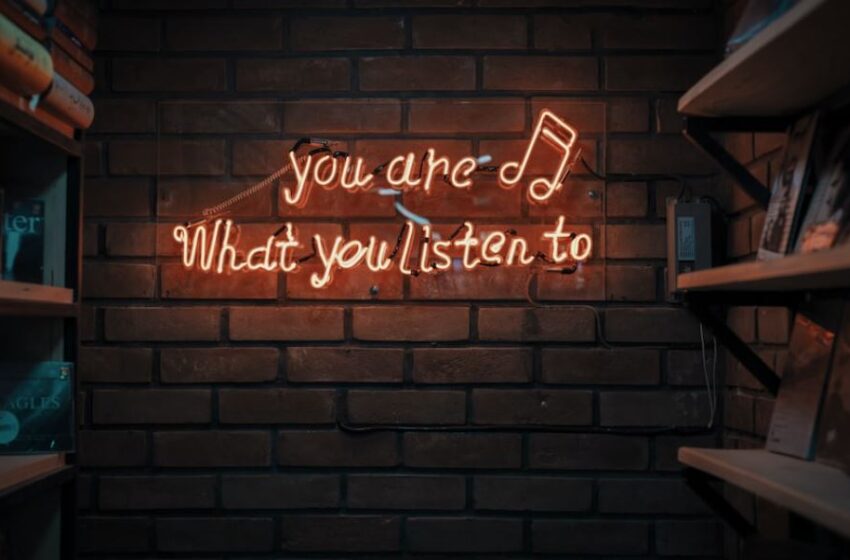 In the last 30 years or so, the world has seen an incredible acceleration in technology. This acceleration wasn’t only in capacity and capability, either. Technology’s integration into society on a daily basis also saw a massive acceleration over this same period of time. This revolutionized industry after industry.

Even major entertainment industries eventually evolved right alongside technology, manifesting in the market in the way of streaming services and content creators. This technological movement also completely reshaped the modern music industry.

The music industry is no stranger to feeling the impact of technology on a massive scale. Before the radio, the only real way for bands, musicians, and music groups to garner any public support was to hold public concerts in their nearby towns, cities, and other regions. Eventually, once the radio was popularized and publicized, people had a somewhat wider range of access to new music that was being released. This also gave young and aspiring musicians a chance at getting their music heard by more people.

Eventually, tape decks and 8-track players were replaced by CDs and CD players, which gave way to early iPods and iTunes, and eventually, the modern music streaming apps that the majority of us use on a daily basis like Spotify and Apple music.

These music streaming apps have completely changed the way that upstart musicians and music bands can garner interest in their music, build their fanbase, and make money off their art. The following guide will teach you everything you need to learn how to upload music to Spotify.

This takes a big weight off the shoulder of the musician and lets them focus on what they care about most: making music.

Once you’re signed up with a distribution service, the process to get your tracks uploaded is typically very simple. However, it’s worth noting that the subscription plan you choose when signing up can impact the level of customization that you have over your music releases. For instance, some plans will allow a musician to set a custom release date for a track or album, while other more basic plans don’t have this advanced feature included. It’s important to know the details of the subscription you choose before signing up.

Whether you decide to go with DistroKid or another music distribution service, it’s vital to know exactly what you’re getting out of your subscription. For serious musicians who want as much control as they can have over the release and distribution process, top-tier plans are going to make the most sense. This is especially the case for serial musicians who plan on releasing a lot of music throughout the year.

More amateur musicians and hobby musicians, on the other hand, may find a more basic or introductory plan more suitable to their needs. Consider your needs as a musician and do some research on the plans available in order to find one that feels like it fits you and your needs specifically.

Once you’ve done your research, picked out a subscription plan that works for you, and signed up with a music distribution service, you’ll be well on your way to uploading tracks to Spotify and other major music streaming platforms and stores as well.

Generally, like with DistroKid for example, there’s a tab or panel within the music distribution profile in which you can upload your tracks and select which outlets you want them distributed to. If you’ve opted for a plan that includes it, set your custom release date, album or track art, and other specifics that will really make you and your work stand out.

Finally, now that you’ve gotten some of your music uploaded, you can access and verify your Spotify artist account right from the music distribution service dashboard.

This makes managing your artist profile extremely easy, and also gives you access to important data insights and performance tracking.

Sit Back, Earn, and Relax

Good distribution services allow artists to retain 100% of the revenue that they earn from streams and sales on music streaming services and music stores.

For artists, this means that once the music is released to the public, they can sit back, watch the performance tracker for data and statistical insight, and start collecting revenue on listens.

Thanks to technology, becoming a musician and promoting your own work has never been easier. If you’re looking to get your work out in front of an audience, follow the steps above to make uploading your music to Spotify simple, easy, and hassle-free.