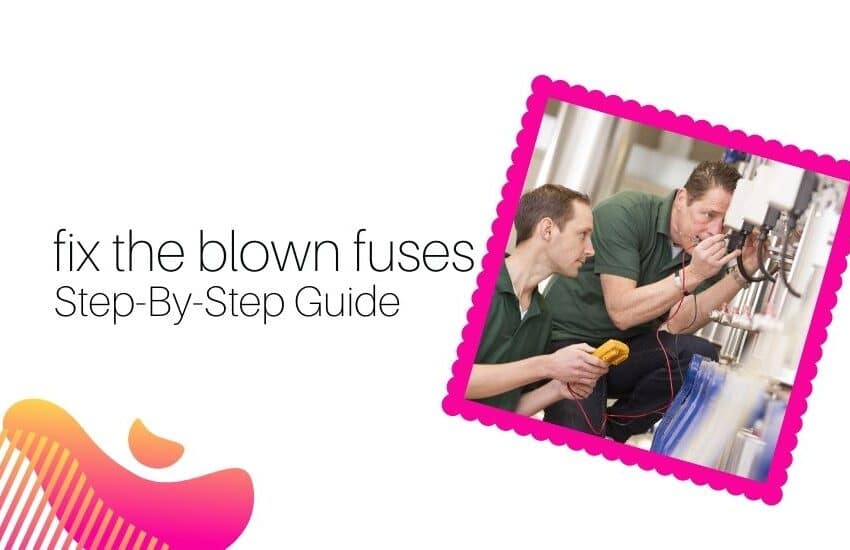 Tripping of the circuit breakers and blowing out of the fuses are the most common electrical issues every homeowner has to deal with! If the problem arises suddenly in the hot summer months then it can cause numerous inconveniences in the home environment. But no rocket science is involved with the fixation of the blown fuses. Only you need to know a bit of knowledge associated with the procedure.

Reasons for blowing out of the fuses

Prior to getting ready with your tools to deal with the blown-out fuses, it is imperative to know the blowing reasons for the fuses. Actually, every domestic fuse is specifically made to allow a certain amount of current through it and when the amount of ampere gets exceeded its capacity it gets blown out.

By doing so, it ensures the longevity of the electrical appliances installed in your home by protecting them from potential damage. Whenever the electrical load will surpass the maximum capacity the wire in the fuse gets broken down. If anything suspicious is found then only an emergency electrician in London should be called for sorting it out immediately.

Steps to follow for fixing a blown fuse perfectly

After knowing about the key reason for blowing out of the fuses, you should tackle it first. It can be done so by unplugging a number of appliances such as air conditioners and refrigerators that always consume heavy electrical power.

In case, you have installed some new appliances in your home then it should be kept unplugged so that no damage can cause to them. It is an important step to follow otherwise the problem can emerge again.

Indulging in the fixation of the fuse directly due to avoid the inconvenience isn’t considered a smart move. To deal with the sensitive electrical parts much caution is needed to adopt. Put on the rubber-soled slipper and wipe your hands dry for lessening the risk of electrocution. Make sure that the tools you have chosen are equipped with rubber-grip to ensure insulation.

Step- III: Check the contents of the fuse box

On opening the fuse box a mesh of thin electrical wires can be found. As a domestic property needs multiple fuses it is obviously tedious to find the one blown off by unscrewing every one of them to check the faulty one.

By looking at which part of the property is lacking from the electrical power the job can get easier to some extent only. Although it seems quite daunting yet it can save plenty of time.

After finding out the odd one from the rows of fuses, you have to inspect whether

In case the complete blowing out of the fuse, it will turn black or brown. On figuring it out, turn off the Main Switch of the electrical supply of your property to fix it. Then, by using torchlight unscrew the blown-out fuse to repair it completely.

The spare fuse of the same amperage, rating, and size should be stored at your home to use them at the time of emergencies. After repairing the wires of the fuse, switch on to the flow of electrical supply throughout your home again.

Ways for replacing the fuse wire

Fuse is the ultimate electrical component that gets adversely affected whenever there is a chance of overloading. It gets incredibly high during the hot summer months. But by minimal knowledge and proper electrical instruments set it can be sorted on your own without causing any trouble and inconvenience to the environment.

However, it is better to keep the contact information of any electrician by searching for an ‘emergency electrician near me in London’ online. It will allow you to stay safe and secured by hiring their services during any emergency.