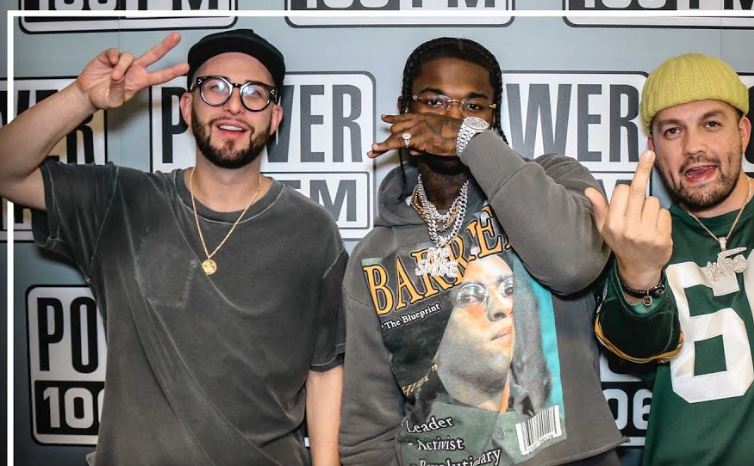 It is a fact that when followers and fans of any star see a close relationship between them, they always think that both these stars are related to each other. However, some questions arise now about the 50 cents and pop smoke how is pop smoke related to 50 cents?

Contents hide
1 Essential things to know about pop smoke and 50 cents:
2 How is pop smoke related to 50 cents?
3 50 Cent decided to finish his Album for him after the death of Pop smoke:
4 Reasons why the misconception spreads?
5 Legacy of the Pop Smokes

Essential things to know about pop smoke and 50 cents:

The first thing you should know is where is 50 cent from. So, he is from Queens, New York. Although he is considered one of the best American rappers, entrepreneurs, and actors. He’s an influential figure in the hip-hop industry and has been praised for his concise lyrics. However, 50 cent’s real name is Curtis Jackson III, and he is a famous personality in America.

If we talk about the pop smoke, he was a famous American rapper who helped pioneer the Brooklyn Drill sound. His real name was Bashar Barakah Jackson and in 2019, he became famous for his hit singles Welcome to the Party and ‘Dior.’

Pop smoke was also in the music industry same as 50 cent and they worked together when 50 Cent co-Executive produced Smoke’s album. The duo also collaborated on the song “The Woo”, which features Roddy Ricch.

How is pop smoke related to 50 cents?

After knowing about both these famous rappers it’s time to know if pop smoke is related to 50 cents or not. So, as we mentioned, pop smoke is not related to 50 cents, but both have a close friendship. Though they share the same last name, Jackson, the 18th most popular surname in America, with almost 820 thousand people having it, that is where the similarities between the two end.

However, since Pop Smoke’s death, 50 Cent has been interviewed multiple times and has talked about their friendship on social media. And 50 Cent never mentioned that the pair were related.

Pop Smoke (Bashar Jackson) passed away in February 2020 after being shot at his home in the Hollywood Hills of California; at that time, his age was 20. Besides, on 3rd July, his new album was released to famous acclaim, and the name of this album was the posthumous album.

However, 50 Cent wrote on his Instagram at the time of pop smoke death that people can be jealous of someone who is successful. He also wrote that people who are close to you might betray you. R.I.P means Rest in Peace. He also explains in his Instagram live session how much he loves pop smoke as a friend.

50 Cent decided to finish his Album for him after the death of Pop smoke:

In various posts the 50 cents wrote, “I’m at a loss for words. You were too young Pop Smoke. My condolences and prayers go out to your family during this difficult time.” However, he also posted a video of the funeral procession of pop smokes, and in the caption of that post he wrote “R.I.P pop smoke.”

Reasons why the misconception spreads?

Is 50 Cent related to pop smoke? This is the main question people asked they noticed that both artists have the same last name, Jackson. The next similarity that creates confusion is that both rappers are African American and from the same state, New York. Besides this, they were both born in July, so the formation of misconceptions is common.

Besides this, when Pop Smokes first started out in the music industry, his demeanor, attitude, and style were the same as that of 50 Cent. This is the main reason people thinks both these artists have blood relation.

There have always been similar misconceptions surrounding Hip Hop culture, with Nipsey Hussle and Snoop Dog being two examples. Early in Nipsey’s career, his fans believed he was related to Snoop Dogg. He had the same physical characteristics, mannerisms, and musical genres as Snoop Dog.

The next reason for this misconception is Pop Smoke. It is because he respects 50 Cent in the highest regard, and people might see it as a pop smoke son relationship with 50 Cent. In the various interviews, 50 cents explained that Pop smoke was an attentive listener who wanted to learn from veteran rappers.

So, these are why people think Pop smoke and 50 cents contain blood relation. Although it is not true, we cannot deny that people still come up with this misconception.

Also, millions of people claim to be 50 Cent’s family. They use his name for marketing purposes without proper evidence, which further adds to the confusion and misconception.

To conclude, it is true that people have a misconception about Pop Smoke and 50 Cent’s blood relationship. The major reason for this misconception is their physical similarities, the connection between New York City and the Hip Hop genre, and the marketing techniques used by people claiming to be 50 Cent’s family. Therefore, we can say both artists are not related at all.

Legacy of the Pop Smokes

Pop Smoke was an up-and-coming American rapper who was shot and killed in 2020 at 20. He rose to fame with his hit songs like “Welcome to the Party” and “Dior” which caught the attention of many fans. Despite his untimely death, Pop Smoke’s impact on the music industry has been tremendous. His influence can be seen in his many collaborations with artists such as Nicki Minaj, A Boogie Wit da Hoodie, and many more.

Pop Smoke’s legacy is also being kept alive through the Pop Smoke Foundation. The foundation was created in 2020 to help keep his influence and message alive by providing inspiring programming, empowering youth with resources, and promoting gun violence prevention. The foundation is focused on creating a better future for children and young adults by providing educational opportunities, raising awareness about gun violence, and working to create stronger communities through positive music.