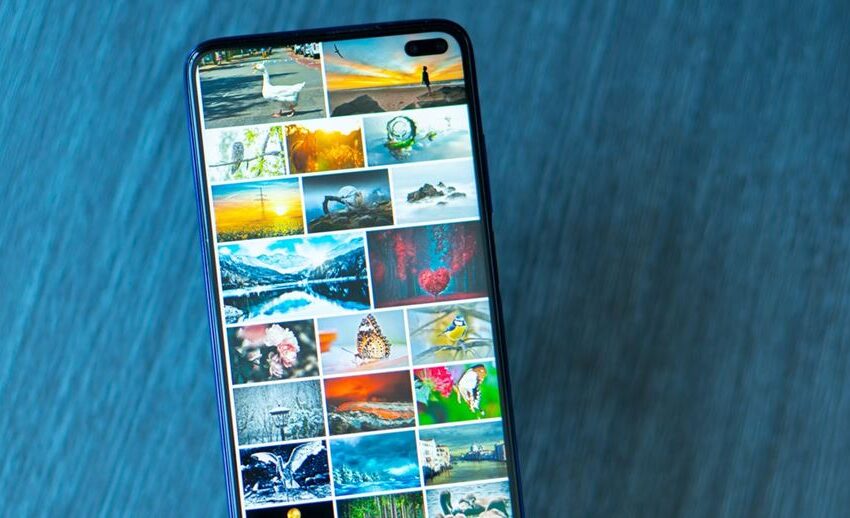 Photos capture priceless memories – it is all the more important to save the photos for the long term. A hard drive crash, a lost cell phone, and the photo databases are histories. It doesn’t have to be: We show you how you can save your photos permanently.

Contents hide
1 Local backups: useful, but not alone
2 Photo backup on the NAS
3 Photos in the cloud: the false bottom
4 Offsite backup: also possible without a cloud
5 Photo backup: two are better than one

Local backups: useful, but not alone

Whether smartphone photos or SLR cameras: backing up photos on a PC or Mac is a mandatory task for every photographer. Copy all data from the SD card or the smartphone memory to your computer or a Photo stick for iPhone devices from time to time. In this way, you ensure that your images are at hand even if the recording device suffers an unforeseen hardware death. Manual copy may seem pointless, but it is still an efficient way to back up photos. But you shouldn’t rely on it alone!

Photo backup on the NAS

NAS systems are the perfect complement to storage on the PC. These hard drives on the network are great for storing large amounts of data. The highlight: even inexpensive NAS drives rely on the combination of at least two hard drives in a so-called RAID 0 network. A RAID 1 network would be even better, as there is data redundancy here. With such a network, all stored data is mirrored one-to-one on both hard drives. If one of the disks fails sooner or later due to a hardware failure, you can replace it without losing any data. The NAS operating system takes care of the restoration and issues a warning early enough if one of the installed disks causes problems.

Most NAS manufacturers conveniently offer appropriate backup solutions for cameras and smartphones. Synology, Qnap and Co. supply apps for Android and iOS, for example, that automatically transfer mobile phone photos to the NAS. In addition, the NAS drives almost always offer the right tools to organize and present the photo collections. In short: NAS drives are an important component of their own backup strategy for photographers.

Photos in the cloud: the false bottom

Backing up photos at home is right and important. In order to protect the cherished memories in the long term, a backup in the cloud is recommended. The reason is simple: whether water damage, lightning strikes or a burglary, in the event of a disaster, the domestic backups can quickly bless the time. A so-called ” off-site backup “, i.e., the backup of important data outside of your own four walls, prevents this. There are plenty of corresponding cloud solutions for this. For example, securely back up toDropbox, Microsoft OneDrive, or Apple iCloud Drive,in addition to documents, also photos. Not only are your photos in the cloud protected from disasters, but accidentally deleted data can also be restored if necessary.

The offers from Google and Apple are particularly interesting. Google Photos allows unlimited storage of photos but downscaling the quality a bit. However, this is only noticeable in professional recordings with the DSLR. Optionally, Google can also save the photos in their original quality. 15 gigabytes are available for free, and those who want more can upgrade for a monthly fee. Practical: Google provides a tool for Windows and Mac that monitors photo folders and automatically backs up new pictures. The Google Photos app also automatically backs up photos from Android smartphones or the iPhone if desired.

Apple Photo Storage in iCloud is an excellent solution, especially for iPhone photographers. The iPhone automatically backs up all photos taken with Apple via the Apple account. On the Mac you can also archive locally saved photos in the iCloud. The Photos app on the Mac offers the corresponding functions immediately after starting and thus ensures an automatic backup in the cloud. At Apple, the first 5 gigabytes are permanently free. The memory can be expanded to 50 GB for around one euro a month, and further options are available.

By the way: Cloud storage is not infallible either.So, you should make sure to properly secure your access to protect yourself from hackers. In addition to a secure password, methods such as two-factor authentication are essential to protect private photos.

In addition, it can of course happen that a provider discontinues its service. Experience has shown that you then have a few months to back up your photos from the cloud storage and to switch to another service if necessary.

An offsite backup,i.e., the backup of the images outside of your own four walls, is possible with a little effort even without the cloud. Backup tools such as rsync can make backups over the Internet on PCs that are located elsewhere – for example with friends or parents. It becomes more convenient for NAS users. Almost all manufacturers provide integrated backup tools that enable backups on externally stored servers – for example, a second NAS that is with friends. Alternatively, you can encrypt the photo folders on the NAS with Google, Apple and Co. You will then lose convenience functions such as the ability to view the images in the browser, but in return your photos will be protected from prying eyes.

For an offsite backup beyond cloud providers, the setup effort is comparatively high. In return, the photos are completely private – this is worth a lot, especially with personal pictures.

Photo backup: two are better than one

As with all backup methods, the same applies to backing up photos: redundancy is the key. Don’t rely on a single location for your photo archives; secure them at least twice. Even if you “only” create local copies, you should at least use several USB sticks or external hard drives alternately.

But it is even better to combine the methods shown. For example, if you use cloud storage for archiving photos, you should still export the images regularly and save them on a hard drive. So, you are prepared in an emergency if a backup is no longer available for whatever reason.

Tip: It doesn’t always have to be cloud storage. Digital optical data storage media are also suitable for long-term data storage. M-Discs, which promise a lifespan of around 1000 years according to the manufacturer, are particularly suitable as one-time writable data carriers.